The Anxiety of the First-Time Novelist

How a Book is Like a Baby (and How It Isn't)

Whatever you want call it, it is well documented that to publish a book (and especially a first novel) tends to make a person go temporarily insane.

To be clear, I’m not complaining. On the scale of good to bad problems, dealing with the stress of being published is somewhere up there with having to tip the pilot of your private jet. But the author crazies are real. They are common. There is no vaccine, and no cure but time.

As a marketer of hardcovers for over five years, I saw it all. And, having seen it, I thought myself immune. I never wanted to believe that I was susceptible to that kind of explosive anxiety. Yet here I am, on the eve of the publication of my first novel, fighting an eight-headed Hydra of writerly self-loathing that is trying to possess my body so it can send emails to Today show producers and Michiko Kakutani. I’m winning, so far, but only just.

So what causes the crazies? Insceurity, sure, and ego, and the ugliness happens when the two come face-to-face with one another. But I think there’s a deeper cause, one I’d like to describe with the following:

During the first week of my first marketing job, I was asked to create a spreadsheet that would come to be known as the “Death Watch” list. This meant identifying our bestselling audiobooks, cross referencing that list against Wikipedia to gather birth dates and biographical details, and searching for news stories about ailments that might, conceivably, be signs of impending expiration. The impetus for the list? The recent, sudden passing of my hero, Kurt Vonnegut. After his death, stores sold out of his audiobooks and there wasn’t enough stock on hand to meet demand.

Ahhh, the romance of book publishing!

Creating the Death Watch list is, to this day, the most grotesque thing I’ve done in the name of the book industry. But it’s also an apt illustration of the conflict inherent in publishing, a conflict that’s key to understanding the author crazies: the dissonance between art (and the artists who make it) and the commerce that supports that art. The Death Watch list is brutal proof that in order for the industry to survive (and continue to support writers), books must often be viewed as products.

So: that stack of paper, right there, the one with the purple jacket? That’s a big chunk of my personality. I obsessed over it for years. And now, finally, that piece of my soul can be yours for 25 dollars in hardcover. Weird, right?

Because of my work experience, I know how much effort goes into getting a book out into the marketplace. I trust my publishing team, and I’m honored that they’re working on my behalf. And yet… this book is the third-biggest thing that has ever happened to me while, to my publisher, it’s one of dozens or hundreds of books they will release this year. This is the reality. It’s a reality I understand, one I embrace, but—jeez. Sometimes, it’s a tough one to swallow.

The second-biggest thing to ever happen to me was the release of Star Wars Episode I: The Phantom Menace. The impact of that “film” has been far exceeded, in the intervening years, by my marriage, but I still like to honor the memory of my dizzyingly high hopes, the beauty of that time before the fall.

The first-biggest thing to ever happen to me was—predictably—the birth of my son.

A month before he arrived, my wife and I were sent to the hospital for a routine ultrasound. They checked that he was butt up, head down. They measured pockets of amniotic fluid, too, and finding the pockets slightly wanting they sent us to labor and delivery triage for an IV full of saline. We reluctantly agreed, and soon my wife was getting hydrated via plastic bag. Minutes later, a young woman was put in the curtained stall next to us. There’s no privacy in triage, so we quickly learned that the woman was in early labor. She was in pain, freaking out. Through tears, she said she couldn’t tolerate an exam, especially not the vaginal ultrasound that the doctor wanted to perform.

The doctor was miffed. She was bored. She was busy. I don’t doubt that this patient’s unwillingness to cooperate was a problem the doctor resented having to solve. Why don’t I doubt that? Because this is what I heard:

“Honey! Hey! Listen! You have to relax! You HAVE TO RELAX!”

“Look, honey! Look at this wand! Look at it!” yelled the doctor. “It’s smaller than a penis! You’ve had bigger things than this inside of you! That’s how you got pregnant in the first place!”

“I WILL HAVE SOMEONE COME IN HERE AND HOLD YOUR LEGS OPEN IF I HAVE TO BUT IT’S GOING TO HURT A LOT MORE SO JUST RELAX! RELAX!”

It would be unfair to compare publishing a book to having a baby. Books have sharp edges, and they gestate for years, sometimes decades. It’s completely different.

That said, Dr. Justrelaxalready is a useful example of how not to deal with the author crazies.

If you work in book publishing, it’s your job to know everything about a service very few people will use, and the people who do use it will only use it a handful of times (if they’re lucky). This means that your regular old Tuesday is another person’s biggest day ever. Book publicists, marketers, salespeople, and editors know their jobs. They know what’s possible and what’s not, because it’s their job to know. But first-time authors are more-or-less clueless. It’s not their job to have a clue. It’s their job to write a book.

This doesn’t mean that authors don’t have the right to question what their publishers are doing, and it doesn’t mean that publishers should assume that they are right by default. What it means is this: without purposeful empathy, on both sides, people start freaking out and yelling at each other in ways that are precisely, almost perfectly counterproductive.

My advice? If you encounter an author who is currently in the throes of short-term insanity, just be nice. But be honest. Set expectations exactly where you think they should be, and explain why that insane thing they want is not something a sane—um… is not something that’s going to be possible at this time.

If you are an author, and your moods swing harder than Harry Connick Jr., take a breath. Get some exercise. Stop reading Goodreads reviews. Be nice like your career depends on it, because it sort of does. Ask your publisher what you can do to put yourself and your book in a better position, and then do those things.

In short: take control of what you can take control of, and silently fume about the rest until the author crazies subside and your appetite returns and you can sleep again and your wife moves back into the house.

A Night at the Authors Guild Gala 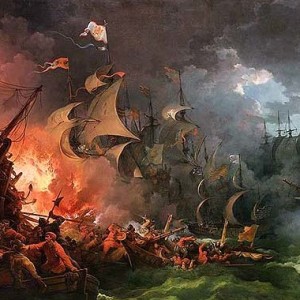 The British Library is known more for housing the world's knowledge than for its margaritas. That all changed two weeks ago,...
© LitHub
Back to top