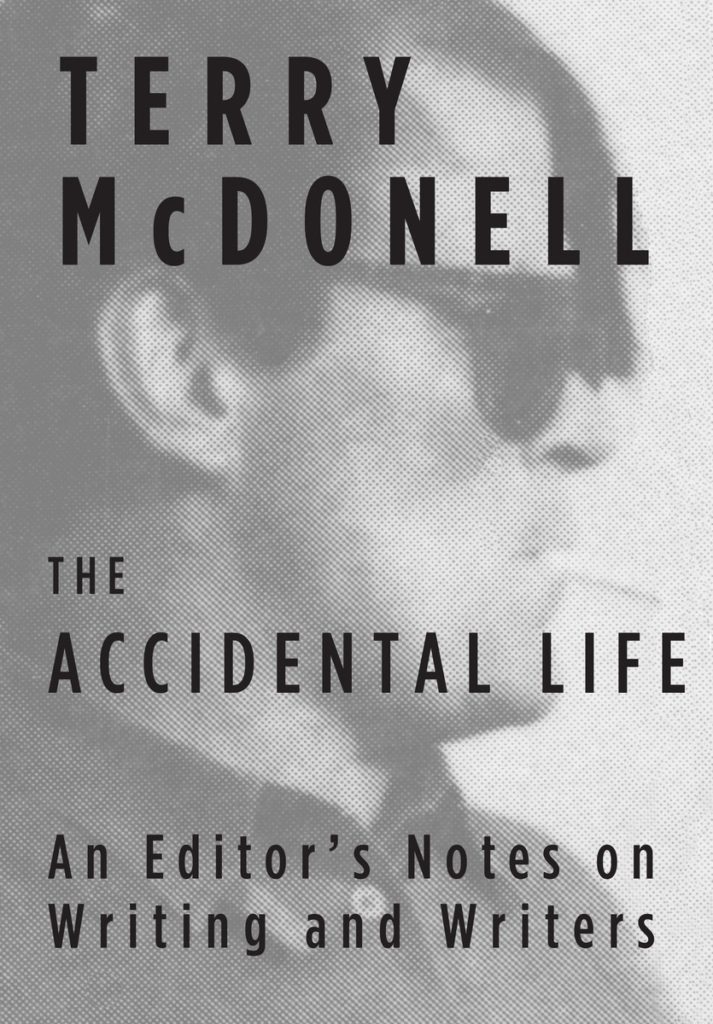 The following is from Terry McDonell’s memoir, The Accidental Life: An Editor's Notes on Writing and Writers. McDonell has won numerous awards for his editorial work. He is also a novelist and poet, and has written and produced for film and television. In 2012 he was inducted into the American Society of Magazine Editors’ Hall of Fame. He is the president of the board of the Paris Review Foundation.

As admirable as it was to be honest and decisive, enemies could be made stupidly and by accident, and terrible mistakes could test friendships. George Plimpton, as editor of the Paris Review, once turned down a story from his childhood friend Peter Matthiessen, calling it “risible”—something he regretted as long as they lived. A friend of mine from college became outraged after I rejected one of his poems at Rolling Stone. I told him the magazine didn’t run poetry anymore, which it didn’t. He never spoke to me again.

The second-best answer an editor can give a writer is a “fast no.” Most editors are not very good at this and leave writers hanging, sometimes for months. No response is worse, of course, and that’s common, too. The arrogance drives writers crazy with humiliation. Some very good editors don’t care, but the best ones do. Or maybe the ones who care the most are writers themselves, like Lewis Lapham at Harper’s and then Lapham’s Quarterly, and Graydon Carter at Vanity Fair.

Some editors, like Bob Silvers at the New York Review of Books, wrote thoughtful, useful letters. Others tossed off notes full of veiled irony that was easily misunderstood, often beginning or ending with a sentence or two about how busy the editor was. This preoccupation with their own time (“things are crazed here at the magazine”) is still a quick jump to the uniform rejection note, a kiss-off engineered to shield the editor from further correspondence or, worse, becoming a target of abuse because he or she has tried to point out to overly sensitive and usually obstinate authors the specifics of how their manuscripts fell short.

This from the Century magazine in 1890:

Out of nine thousand manuscripts a year The Century can only possibly print four hundred or less. It follows that editing a magazine is not unlike walking into a garden of flowers and gathering a single bouquet. In other words, not to accept an article, a story, a poem is not necessarily to “reject” it. There may be weeds in the garden . . . but the fact that a particular blossom is not gathered into the monthly bouquet does not prove that the editor regarded the blossom as a weed, and therefore passed it by.

Or this, composed by Hunter Thompson in the early 1970s for pieces sent to him care of Rolling Stone:

You worthless, acid-sucking piece of illiterate shit! Don’t ever send this kind of brain-damaged swill in here again! If I had the time, I’d come out there and drive a fucking wooden stake into your skull. Why don’t you get a job, wino? Like maybe as a night watchman, or delivering the Shopping News. You [insert name of city] cocksuckers are all alike—just like those dopeaddled dingbats at Rolling Stone. I could kill those bedwetting bastards for sending me these tedious and embarrassing tissues of delusions . . . and I wouldn’t mind killing you, too. Stick this manuscript where it belongs: up your ass.

Hunter was never an editor but became a magnet for lofty ideas and bad writing about freak solidarity. Many admirers sent him page after page of their ramblings in the hope that he would help get them published in the magazine, where, with a strange and callow glee, many of the editors began using what became known as “the Yail Bloor letter” as a uniform rejection note.

Fifty years earlier, Ring Lardner’s advice, in his book How to Write Short Stories (1924), was that it was always a mistake for a writer submitting a story to a magazine to enclose the called-for stamped, self-addressed envelope—“too much of a temptation to the editor.” After all, why should an editor spend time looking for new writers when he already knew way too many? (As quaint as envelopes sound, the temptation to ignore e-mail from unknown writers can make sending a traditional letter shockingly more effective—nobody gets mail like that anymore.)

Well-known writers have always had the edge, although the wonderfully named Sumner Blossom devised a system to ensure fairness for unknowns when he was editing American Magazine in 1934. Manuscripts were evaluated with author’s name obscured to make sure they were judged on merit alone. Ha.

The most implacable pieces almost always came from big-name writers on important subjects, with enterprising editors making aggressive assignments serving as the grease. Harold Hayes, then editor in chief of Esquire, in a 1964 staff memo to the Other Bob Sherrill, among others, wrote:

A passive, inert, dull magazine . . . is usually made up of editors who sit around and wait for writers to send them queries, or pictures, or finished pieces upon which they can react and thus fulfill themselves. . . . Magazine editing is not just the act of choosing, it is an act of assertion.

Editors have to be optimistic, expecting to get what they ask for from writers and ever hopeful that the next issue will come together not quite so badly as the last one. This has always led to a kind of far-flung enthusiasm in the assigning process that underlines the well-known quip by William E. Rae, editor in chief of Outdoor Life magazine in the fifties and sixties: An editor is a man who doesn’t know what he wants but recognizes it instantly.

John Cheever was more optimistic in his 1969 Paris Review interview: My definition of a good editor is a man I think charming, who sends me large checks, praises my work, my physical beauty, and my sexual prowess, and who has a stranglehold on the publisher and the bank.

The crime writer, lawyer and newspaper columnist George V. Higgins took it the other way in On Writing, his 1990 book on the subject: Only a seriously disturbed person would sincerely wish to have an editor for a friend.

I never heard editors talk about how disturbed and insecure writers might become as a result of relentless rejection, living every day with what James Salter called “the feeling of injustice.” It was more fun for editors to characterize their jobs as overseeing petting zoos full of needy misfits and narcissists, a point of view that was always amusing to other editors but infuriating to writers. Every writer, of course, has very specific ideas about editors. But writers seldom get the last word on anything.

My favorite exception came from Francesca Bell, a Native American poet who dropped out of middle school but found a way to crack the poetry establishment and its network of small magazines. In 2013, Bell had this poem published in Rattle:

and tell him personally,
I’m sorry, but I’m going
to have to pass on this.
Though your piece
held my attention through
the first few screenings,
I don’t feel it is a good fit
for me at this time.
Please know it received
my careful consideration.
I thank you for allowing
me to have a look,
and I wish you
the very best of luck
placing it elsewhere.

Of course editors are mostly men and, fuckers that they are, the obvious observation that they are necessary probably goes back to papyrus. The earliest quote I found was voiced in self-defense by Charles Fletcher Lummis, editor of Out West magazine, in 1904; he said simply, Editors are necessary evils. Hunter Thompson said the same thing, noting with irony in his interview with the Paris Review in 2000, I’ve never sent [in] a piece of anything that’s finished.

Specific definitions of editing are tricky, although the thinking divides along two distinct lines. The celebrated New Yorker editor Harold Ross and longtime contributor Brendan Gill articulated the extremes. Ross defined editing as quarreling with writers—the same thing exactly. In Here at the New Yorker Gill wrote, The work of a good editor, like the work of a good teacher, does not reveal itself directly; it is reflected in the accomplishments of others. Both Ross and Gill are right.

The most ambitious definition I ever came across was from Norman Cousins, a longtime editor of the Saturday Review, when I was struggling to find pieces and cold-calling Jim Salter and other favorite writers to get Rocky Mountain Magazine launched. Cousins had written:

Nothing is more ephemeral than words. Moving them from the mind of a writer to the mind of a reader is one of the most elusive and difficult undertakings ever to challenge the human intelligence. This is what being an editor is all about.

This floored me with its combination of clarity and sensitivity. The ambition of it made me suddenly proud to be an editor. Thinking I would compliment Cousins in some editor-to-editor way, I wrote him a careful letter introducing myself. When I didn’t hear back I felt like a writer again.

From THE ACCIDENTAL LIFE by Terry McDonell, Copyright © 2016 by Terry McDonell. Published by arrangement with Alfred A. Knopf, an imprint of The Knopf Doubleday Publishing Group, a division of Penguin Random House LLC.

When Donald Trump's Assistant Cheated in My MFA Seminar 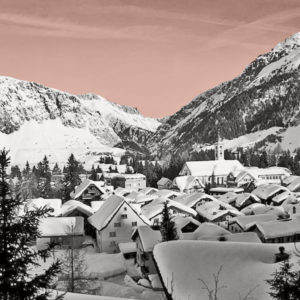 James Baldwin: The World is White No Longer From all available evidence no black man had ever set foot in this tiny Swiss village before I came. I was told before arriving...
© LitHub
Back to top