The 1961 Novel That Makes a Great Case for Moviegoing

On Walker Percy's The Moviegoer

The cinema surrounds us with image and sound—we are transfigured. In “Sweethearts,” a story by Jayne Anne Phillips, two girls go to the movies every Friday and Sunday. There “an aura of light from the projection booth curved across our shoulders, round under cotton sweaters.” After the Friday night film is over, they rush to the lobby, and watch teenagers leave the dark room and enter the world again: “Mouths swollen and ripe, they drifted down like a sigh of steam.” Outside, “neon lights on Main Street flashed stripes across asphalt in the rain,” and the moviegoers “tossed their heads and shivered like ponies.”

When the narrators go back on Sunday, there are no teenagers. The theater is empty, “a church that smelled of something frying.” The girls wait for the film to start as the “heavy velvet curtain moved its folds.” There, in the quiet theater, “a cavernous dark pressed close around us, its breath pulling at our faces.”

We share a space in the cinema—so many of us, so many worries and fears and wonders united in the dark. Yet for years, we’ve stopped going to the movies. According to a recent report, 2017 was the worst year for theater attendance since 1992. Blockbusters are failing. Sequels are sour. Re-boots are flops. Why pay for overpriced tickets and popcorn when you can watch Netflix at home, on the train, anywhere?

Then came Black Panther. Released in mid-February, the film grossed more than $1.3 billion worldwide. More than just a film, it was an event. Writing before its release, Vann R. Newkirk cautioned “Even with so much to chew on, Black Panther is still a Marvel tentpole movie, one that will make oodles of money and likely spawn sequels so long as the margins allow. The major motivation of the enterprise is profit, and the franchise lives and dies not with its commentary, but with the bottom line.” Such realism tempers, but does not neuter, his acknowledgement of the film’s power: “viewers have rightly applauded the film for its incredible gains in representation, and will perhaps use it as a rallying cry for increasing diversity, often among their own ranks as a class.”

Black Panther was followed by Avengers: Infinity War—the fastest film to ever eclipse $1 billion worldwide gross. It is too early to conclude that there is a renaissance of American interest in going to the movies—but one can hope. Films like Black Panther remind us how exciting it used to be in a theater. There’s a comfort and power in being able to watch films on our devices, but there’s a transformative, communal experience to moviegoing. By going out, by getting together, we experience something more than ourselves.

Walker Percy’s 1961 novel, The Moviegoer, is the best literary argument I’ve ever read for physically going to the theater. Binx Bolling is a man with many faults—sarcastic, chauvinistic, selfish—but he’s embarked on a spiritual “search” for meaning in the world. And intertwined with that search are nightly pilgrimages to a street theater with a speaker pointed toward the world: to bring-in the lapsed and remind them of the magic of the silver screen. Percy captures a liturgy of the cinema—and his scenes about film are just nostalgic enough to make readers long for sticky floors, previews, and the silence that clothes a darkened room.

The first theater described in The Moviegoer is nearly empty, “which was pleasant for me but not” for the manager. “A pink stucco cube, sitting out in a field all by itself,” wind-whipped waves on nearby Lake Pontchartrain can be heard during the show. Afterward, he talks with the manager while the sidewalk speaker spits movie conversation into the world. Binx is happy “out in the sticks,” talking film; his date would rather go out to dinner and dancing.

Binx finds meaning in going to the movies. The Tivoli, his neighborhood cinema in Gentilly, has a marquee that reads: “Where Happiness Costs So Little.” It was there that Binx “first discovered place and time, tasted it like okra.” Early in the novel, Binx admits that he’s an oddball. Good or bad, he just wants to be at the movies. “Other people, so I have read, treasure memorable moments in their lives”—travel, family, love. Not him. “What I remember is the time John Wayne killed three men with a carbine as he was falling to the dusty street in Stagecoach, and the time the kitten found Orson Welles in the doorway to The Third Man.”

For Binx, it is not merely the movie that is important: it is the journey to the theater. The approach, the mood. He describes evening as “the best time”: “There are not so many trees and the buildings are low and the world is all sky.” Above Lake Pontchartrain “a broken vee of ibises points for the marshes; they go suddenly white as they fly into the tilting salient of sunlight.” He keeps walking and watching and cataloging: “Station wagons and Greyhounds and diesel rigs rumble toward the Gulf Coast, their fabulous tail-lights glowing like rubies in the darkening east. Most of the commercial buildings are empty except the filling stations where attendants hose down the concrete under the glowing discs and shells and stars.”

The manager of the Tivoli assures Binx that a new film is “a real pleaser,” but Binx feels despair—not only from the film itself, but the nearly empty theater, with “only a few solitary moviegoers scattered through the gloom, the afternoon sort and the most ghostly of all, each sunk in his own misery.” Yet there’s an odd comfort in this melancholy, in part because Binx knows the melodramatic hue of the theater is a product of the place itself. If we fully allow ourselves to become immersed in a film at the cinema, we are ceding our sense of setting. We are embracing our imagination’s power. The cinema that we are in is nothing—it is a vessel—and yet it is therefore our everything.

Binx feels the same way at The Moonlite Drive-In. Fort Dobbs is playing. “Gnats swim in the projection light and the screen shimmers in the sweet heavy air. But in the movie we are in the desert.” Outdoors or indoors, when we get together to watch a film, we breathe together in performance.

“All movies smell of a neighborhood and a season,” Binx says. He remembers “the smell of privet” when he came out of The Oxbow Incident, and the “camphor berries popping underfoot.” I know that feeling: going outside after Apollo 13 with my older brothers, convinced that I wanted to become an astronomer—because films often refract rather than reflect their meanings. We walked through the back streets of Madison, New Jersey, a shortcut to our car, the chatter and smells of restaurants like clouds above our heads, but all we could do was talk about outer space.

The gnosis of theater is simple, and yet beautiful. Don DeLillo, whose fiction would not live were it not for film, explains that “Film does not carry the physical reality, the spatial and emotional burden of actors in three dimensions, speaking to each other in real time. Film is pure light.” DeLillo clarified that he hadn’t quit his advertising job in the 1960s to write, but “so I could go to the movies every afternoon.” It was a beautiful escape. He was “ready to be taken out of the day, the week, the plodding writer’s one-room life, and into a fold of discontinuous space and time.”

The route of Binx’s spiritual search is winding, conflicted, broken. The novel’s final scene—not counting its paltry epilogue—is a scene of transcendent confusion on Ash Wednesday. But as a moviegoer, Binx embraces that strange place between the real and the unreal in which films live—a place best conjured by the theater. The cinema does not wash away our suffering, or our vices—I think of James Baldwin’s masterful The Devil Finds Work, his clarifying eye: “The distance between oneself—the audience—and a screen performer is an absolute: a paradoxical absolute, masquerading as intimacy . . . That the movie star is an ‘escape’ personality indicates one of the irreducible dangers to which the moviegoer is exposed: the danger of surrendering to the corroboration of one’s fantasies as they are thrown back from the screen.”

Are we projector, or projected? The screen might lie to us, but how sweet those lies sound and feel. We should go to the movies again. We might find ourselves in the dark. 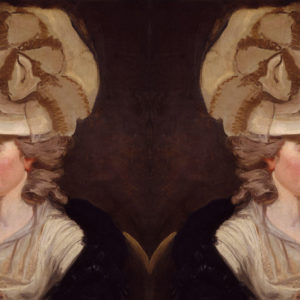 Stephen King wields prolific mastery over many genres, and yet the word “literary” still eludes him… | Lit Hub ...
© LitHub
Back to top