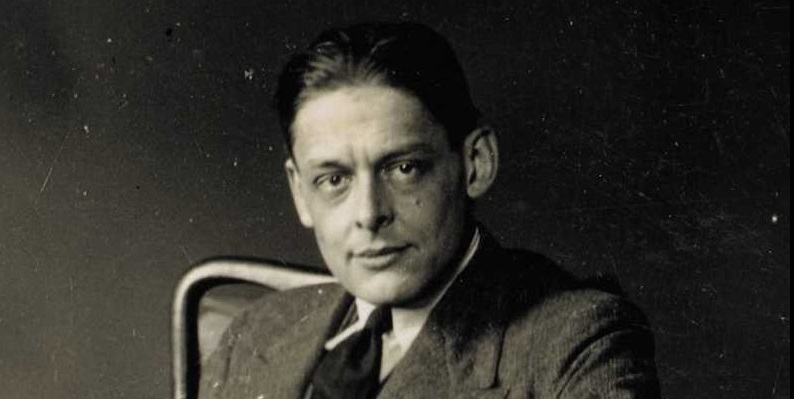 “With me an unfinished thing is a thing that might as well be rubbed out.”

When an interviewer said in 1959 that he’d heard that TS Eliot composed on the typewriter, he received a qualified reply. “Partly on the typewriter,” Eliot responded, and offered an insight into his recent play, The Elder Statesman, saying that it was initially produced in pencil on paper, before he transferred it to the machine. “In typing myself I make alterations,” he said, “very considerable ones.”

The early poems of the Prufrock years were mostly begun in manuscript and occasionally transferred to typescript (Conrad Aiken possessed a sheet produced by Eliot in splendid purple italic on a Blickensderfer). But for the poems of the “French” style—the Hogarth, Ovid and Knopf editions—and for the period of The Waste Land—a run of five years and perhaps sixteen poems—Eliot appears to have altered his approach.

In August 1916, he told Aiken that he was composing on the typewriter and enjoying lucidity and compression as a result. Most likely, he was thinking of his prose when he wrote this, but it may not be a coincidence that from that moment no draft manuscripts at all survive until the pages of The Waste Land in 1921. Some papers may have been written and destroyed in the act of transfer onto the machine, a moment which, to Eliot, marked the end of their practical value; but the condition of some initial typescripts—many in states of reasonably heavy revision—suggests that at this time Eliot was making his first drafts directly onto the typewriter.

Or at least that he was making his first full drafts on the typewriter, allowing for the possibility that fragmentary scraps or “scattered lines,” as he referred to them when writing to John Quinn, had provided a source from which to draw—what in Margate later in 1921 he gave another name to, when he called them “rough” drafts.

Two years after the publication of The Waste Land, he said of “The Hollow Men” in 1924 that “I compose on the typewriter,” and repeated the phrase word for word to a poet in 1927, adding: “The nearest approach to a manuscript I ever have is the first draft with pencil corrections.”

That seemed an exact description for The Waste Land: a first full draft in typescript, sometimes from scattered lines that were destroyed once used, with corrections to the typescript made by hand, in pencil and in ink. Two years later he told the Bodleian: “I work mostly on the typewriter from rough notes, which I usually destroy.” His process was crystalised in the mid-1930s in a letter to a younger author:

My practice is to start a passage with a few pencilled pages, and then when I get going I usually continue it on the typewriter, so that I should never have a complete pencilled manuscript of any poem of any length, and I never have any ink manuscripts at all, unless I prepare them especially.

“As for verse,” he wrote to his brother at the same time, “I usually make a few rough notes and then draft and redraft on the machine. Sometimes I start with a pencil and then when I have got going work straight on with the typewriter.” He went still further in 1940 with the mother of Hope Mirrlees, saying that he could only think with a typewriter—so much so that there were occasions where he typed first and copied out in longhand second, indicating that “my typing is equivalent to other people’s handwriting, and my handwriting to other people’s typing.” The mechanical process of compilation aided the process of composition.

It was the typescripts, not the manuscript “roughs,” that were the precious object for Eliot. A single page took ardent effort to produce, as well as attention to preserve. Three sheets would be fed into the machine: two leaves sandwiching a carbon sheet. The top or “ribbon” copy was always the most legible and would ideally be the one submitted to printers and publishers, but sometimes it was the clearer copy for annotating and would be the sheet that Eliot would share with friends. In that case, he would keep back the carbon copy for his records, and sometimes annotate that accordingly.

Whether ribbon or carbon, copies were not for his friends to keep: an author needed them back for correction or submission, or else face the prospect of retyping from scratch. On occasion, a new copy would be necessary for just that reason, or because a redraft was sufficiently dramatic to require it. Friends may have clung on to pages longer than they should, and printers often recycled their setting copies once their job was complete: gaps in the record are the most likely explanations for “missing” copies of typescript.

Having both ribbon and carbon copies out with friends at the same time could speed the return of criticism, but it was also a risk, and may have caught Eliot out when he had no typescript of “Gerontion” to take with him to France as both copies were in circulation. Where a typescript was annotated or revised for a second time, a different medium might be adopted: pencil in one instance, pen in another to distinguish a hierarchy of marking. But often a typescript was only as clean or as “finished: as it needed to be for a reader or printer to follow, and was frequently a work in progress.

In 1968, when Eliot’s bibliographer Donald Gallup became the first to document the rediscovered pages of The Waste Land in the New York Public Library, he recorded that many of the typescript pages were probably “first draft.” The bibliographer had been given only limited time to make his assessment before the archive was opened to the public, but nonetheless, his instinct had chimed with a remark made by Eliot only months after finishing the poem.

In September 1922, he would tell John Quinn that “the large[r] part is really typescript for which no manuscript except scattered lines, ever existed.” Those that did exist were often destroyed by Eliot himself, as he had told the Bodleian, for reasons that were peculiar to Eliot’s unusual mind.

For some poets, drafting is not always progressive: some go back to go forward, preserving their drafts in order to reconnect to elements that might have been excised along the way. But Eliot’s brain worked differently, and when he destroyed a manuscript he did so for one of two reasons: either because its content had been subsumed into a typescript, or because he wished it to continue to stir chemically in his mind. “As a rule,” he told an interviewer of 1959, “with me an unfinished thing is a thing that might as well be rubbed out.” Erasure was part of the process of making something new.

It’s better, if there’s something good in it that I might make use of elsewhere, to leave it at the back of my mind than on paper in a drawer. If I leave it in a drawer it remains the same thing but if it’s in the memory it becomes transformed into something else.

Where manuscript roughs for The Waste Land survive it would be because their transformation had not been completed: they were neither absorbed yet into typescript nor rubbed out to create something new, but preserved on their way to a planned integration of the longer poem. 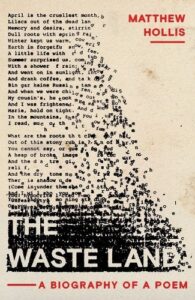 Excerpted from The Waste Land: A Biography of a Poem. Copyright © 2023 by Matthew Hollis. Used with permission of the publisher, W. W. Norton & Company, Inc. All rights reserved.

Matthew Hollis is the author of Ground Water, shortlisted for the Guardian First Book Award and the Whitbread Prize for Poetry, and Now All Roads Lead to France: A Life of Edward Thomas, winner of the Costa Biography Award and a Sunday Times Biography of the Year. He is the poetry editor at Faber & Faber, London, and lives in the United Kingdom. His new book, The Waste Land: A Biography of a Poem is available now. 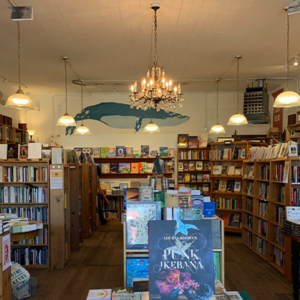