"Eat or Die" Was His Motto

Jim Harrison’s 2001 collection, The Raw and the Cooked, started as a column in the now defunct Smart Magazine which I founded in 1988. We had worked together before, and I asked Jim for anything he might want to contribute. He was already celebrated internationally as a novelist and poet of genius, but he said he wanted to write about food and the sad reality that “many of our failures in politics, art and domestic life come from our failure to eat vividly.” He said “eat or die” was his motto, so why not.

He wrote about lunch at Ma Maison with Orson Wells in West Hollywood, cooking pasta puttanesca in the freezing Animas Mountains in New Mexico, and where to get the best fried bologna sandwich in Georgia. He wrote about his most extravagant meal in a piece that ran in the New Yorker in 2004. It documented a thirty-seven course lunch prepared by French chef Marc Meneau from recipes drawn from cookbooks published between 1654 and 1823. Jim’s host and great friend, Gerard Oberle, was a notorious gourmand and dealer in illuminated manuscripts who was infamous for many excesses, like a dinner with fifty courses to celebrate his own fiftieth birthday. This time the fare started with a clear soup and ended with chocolate cigarettes leading into a medley of 7 deserts, and a “towering structure of every fruit imaginable, in every manner imaginable.”

Jim’s 70th birthday was significant gastronomical event as well, but it was private, except for the emails that went to some friends who would not be in attendance but would want to know that Mario Batali would be flying out to Patagonia, Arizona loaded with food and wine to prepare an appropriate meal. 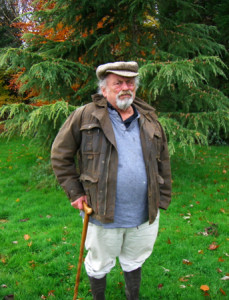 An extravaganza prepared by

Culatello
‘Heart’ of the Prosciutto

Arista
Pork loin brined in cider, dusted with fennel pollen, and grilled with a quince glaze,
dressed with a black truffle vinaigrette

When Jim sent the above menu, for what he called “Little Jimmy’s” birthday dinner, he also sent a birthday poem:

On my 70th birthday reading Su Tung-p’o
in the predawn dark waiting for the first bird call.
“I’m a tired horse unharnassed at last,” he said.
Our leaders say “connect the dots” but the dots
are the 10,000 visible stars up above me.

I loved that poem and noted that Mario had made sure that the Sauterne and the Madeira were from Little Jimmy’s birth year. 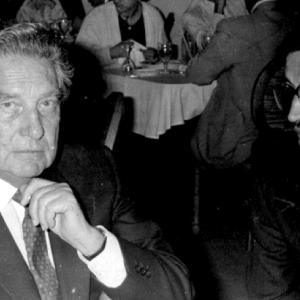