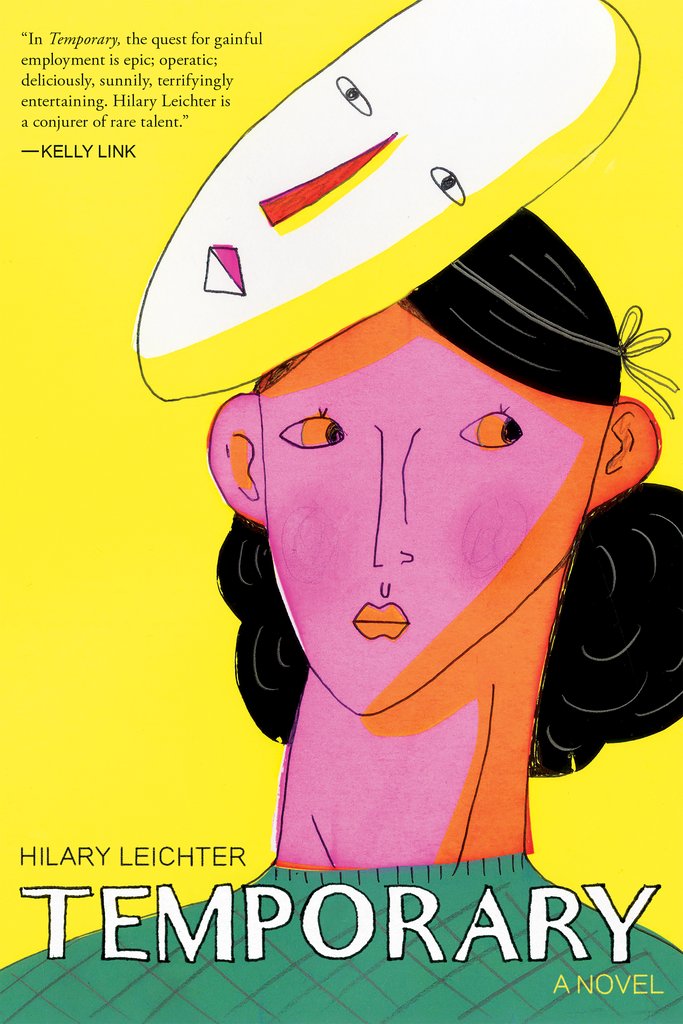 The following is an excerpt from Hilary Leichter's new novel Temporary, a story of the familiar quest for happiness under late capitalism. Hilary Leichter’s writing has appeared in n+1, the New Yorker, the Cut, the Southern Review, and elsewhere. She has taught fiction at Columbia University and has been awarded fellowships from the Folger Shakespeare Library and the New York Foundation for the Arts. She lives in Brooklyn, New York.

The gods created the First Temporary so they could take a break. “Let there be some spare time,” they said, “and cover for us, won’t you? Here are all our passwords and credentials.” She fell from the husk of a meteor and glowed with no particular ambition. They had to pin her down so she would not float away, so very much distracted was this new kind of soul, so subject to drift. The gods had not yet created gravity. This was back when toads without occupation soared straight up to the clouds, back when employment was the only kind of honest weight you could apply to a life.

The First Temporary was encouraged to replicate the gods’ image, even though she was not specifically created to resemble any of them. This was a job description added ex post facto. And so she forever was to learn her permutations, her shorthand methods of duplication, contortions of empathy. Her handwriting was the perfect facsimile of the hand-writing everyone expected. She lived in the space between who she was and whom she was meant to replace. More responsibilities for the First Temporary, and she completed the tasks with aplomb, filed the backup documents, checked each item off her list.

“Burn this bush,” one god said, and so she did.

“Now put the bush back the way it was,” another god said, and the First Temp learned the drudgery of tasks done and undone, the brutal makings and unmakings of the earth.

“Can I stay? Permanently?” she asked, and the gods just laughed and went to lunch.

The First Temporary studied the world. She noted the short-comings of the gods, their tempers and their feuds. It was their bureaucracy that allowed for her existence. She noted the fallacy of permanence in a world where everything ends and desired that kind of permanence all the same.

One afternoon, when her work was finished, she had an hour to spare for insubordination. With her eyes closed, she created a series of friends. No, employees. No, colleagues, she thought. The temporaries emerged from the soles of her sensible shoes, then scattered with the wind. She reached down from the sky to find them, dipped her hand into a stream and pulled them from the current like an oar from a canoe, digging deep into the water and lifting forth. She wiped them off and patted them dry and gave them leather planners, inky pens, laminated instructions for how to interact with the world.

They were travelers, created as such with the breeze at their backs, meant to fill any gaps the gods had forgotten. There were stars in the sky but still no moon, and a temporary rounded her body into an iridescent orb. “Great idea,” one god said, feasting on honeydew, and the moon was made in her image. The intentions of the moose were always unclear to the elk, and a temporary vaulted her arms into antlers so the animals could lock themselves into thorny disagreements, then eventually, solutions. Shoelaces were always frayed at the ends. A temporary reduced herself to a fraction of her size, capped an aglet on the laces with her new, plastic countenance. The sky would not meet the sea, and so a temporary folded herself into a thin connecting strip of mist and air, henceforth called a horizon.

The world accumulated more stuff but stayed the same size. Clutter gave the impression of completion, but the First Temp knew there was still work to be done. “Get clever,” she told her colleagues. They noticed the absence of microwave-safe pottery and hollowed their bodies into bowls, plates, mugs, forgotten, and left to sit in their own filth. They noticed the absence of storage and stretched themselves into closets. They noticed the continuous departures of kindness and sloughed their skins to wear their hearts on their sleeves as reminders. They always noticed, with relief, prodigal kindness making its inevitable return.

The temporaries grew sturdier legs, more robust arms, less prone to willy-nilly transformation. They evolved and took their places in the crowd. They fit in and filled in. Thousands of years changed over like a crossing signal, and the temporaries crossed the street. Sometimes the crosswalk was not enough for traffic, and yet, a temporary hit by a bus was rarely mourned or replaced. After all, who would bother replacing a replacement? In this way, the temporaries had a sort of elastic permanence of their own.

“But now will you hire me full-time?” asked the First Temp.

“Come into our office,” the gods said, and she followed them to their desks.

“I really love your creativity,” one god said with a hint of ellipsis, and the First Temp correctly predicted a forthcoming, ominous but.

There were no full-time positions open.

“Will there be an opening sometime soon?”

“Perhaps,” the gods said. “Soon is relative in the grand scheme of our enterprise.”

“Will there be an opening sometime soon?” the First Temp asked after another hundred years.

“Soon?” She asked, when her calendar reminded her to check again.

The First Temp rolled herself out of the gods’ office and into the bathroom at the end of the hall. It wasn’t really a hallway, you’ll understand, but more the approximation of those emotions associated with walking and arriving. It wasn’t really a bathroom, either, but it felt the way office bathrooms do. Fluorescent, echoing, cold and tiled.

Who would bother replacing a replacement? In this way, the temporaries had a sort of elastic permanence of their own.

The First Temp locked herself in a bathroom stall and became the First Temp to Cry in the Bathroom at Work, the very first of her kind. The hot tears fell down her face, and she used her sleeves to blot them away. She sat on the toilet seat in her dress, tapping her foot, waiting for the moment to subside. She was undone, and that’s when a handful of tissues appeared under the door.

The First Temp emerged and found herself surrounded by her temporary colleagues. They held mugs of tea and tubes of mascara and pouches of chocolates. “It’s OK!” they said, patting her shoulders and fixing her hair. “We’ll wait until you’re feeling better. We’ve got nothing else to do. We have nowhere else to be, only here with you.”

After she had collected herself, she returned to her desk with an escort of temporaries. Then they dispersed again, through the office, out into the world.

“We’re so sorry!” said the gods, hovering over the First Temp’s desk. She felt their sorrow was genuine. She knew when they were genuine because she was built to feel the world through active, staggered checks of compassion. She could not help but understand where they were coming from, because it was where she came from, too, because she was meant to begin where other people ended. She lived in the acute angle that forecasted the world’s limitations. If they had locked her in a room made of ice, she would have probably seen their side of things, shimmering in her own reflection.

She filled in when the gods went for long weekends. She filled her days until none were left, and then she started over.

She guided the temporaries through their placements, preserved their infinite time in this infinite world. To perhaps ensure for them something more sacred than survival.

Behind the Mic: On 200 Women by Geoff Blackwell, Ruth Hobday, Sharon Gelman, and Marianne Lassandro, Read by Full Cast 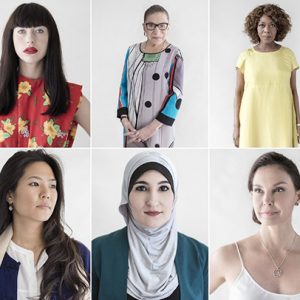 Behind the Mic: On 200 Women by Geoff Blackwell, Ruth Hobday, Sharon Gelman, and Marianne Lassandro, Read by Full Cast Every Monday through Friday, AudioFile’s editors recommend the best in audiobook listening. We keep our daily episodes...
© LitHub
Back to top