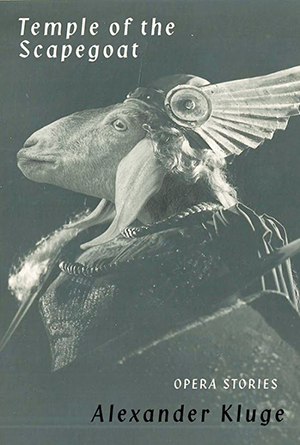 The following is from Alexander Kluge’s collection, Temple of the Scapegoat. Engaging with the long history of opera, Alexander Kluge mixes fact and fiction in the 102 stories compiled in this collection. Alexander Kluge is a German film director, author, and lawyer. In 2003, he won the George Büchner Prize, Germany's highest literary award.

In her second semester at an art academy in southern Germany, the daughter of a brewery owner (with properties in Bavaria, but also in the Czech Republic) met and fell in love with a Japanese man. This man was part of the academy’s technical crew and had immigrated to Germany as an electrician (he came from a poor, landless family near Osaka). After some time, the unequal pair is in possession of two hoped-for children, a boy and his younger sister. Today, they are all having breakfast in a café.

In sharp contrast to her blue skirt, the young blonde woman is wearing a blood-red scarf around her neck, wound about three hand-widths high, a lavish decoration. Somewhat stiffly, her man in his corduroy pants presiding over the table. The children are wild—outside, they’ve misappropriated the signs listing the restaurant’s offerings and have built a hut out of them.

The man from Japan goes to the men’s room for a time. When he returns, the family prepares to leave. The man’s movements are “practical,” somewhat inelegant, almost technical. As they leave the café, he first places his daughter on his shoulders with his strong hands and then bends her around his midriff. She moves her young body accordingly, as though it were a circus act. The four of them are not aristocrats, the parents are not citizens of the same country, their social backgrounds are different, they don’t belong to any of the known target groups, they have varying ways of dressing and moving their bodies, different skin colors and different allergies. In the children, this all got mixed together. They appear to be conflict-free.

Recently, at the Easter Salzburg Festival, the four went to see MADAME BUTTERFLY in a conventional staging, sung in Italian. The US naval officer who plays such a fateful role in the opera’s storyline was sung by a Japanese tenor. The Japanese woman seduced and then left in the lurch by this officer—traditionally called “Butterfly”—was sung by a woman from Birmingham who looked like a nineteenth-century English heiress.

The happy day-trippers, who had good seats in the festival hall (the young woman’s bank account was regularly replenished by her brewery-owning father)—the children already tired in the evening, but patient and well-behaved in their seats—made fun of what was performed for them. They had no feeling for tragedy.

As an experienced tenor, I would like to take a stand against the usual vilification of Pinkerton in Puccini’s Madame Butterfly, whom I portray. One can certainly claim that Puccini so arranged this part musically that at the end of the piece, the audience doesn’t forgive Pinkerton for the soprano’s death. But that is not the situation in the first act, upon which my role is primarily built, vocally speaking. One cannot deny my performance a certain warmth, especially during the love duet. At all events, I put warmth into my voice. To position Pinkerton as a caricature of a lecherous U.S. imperialist who exploits an Asian woman seems to me an oversimplification.

I see the U.S. naval officer that I sing as the commander of a battleship. He gets involved with a lady from a Japanese noble family that has come down in the world. She has been professionally procured, as it were, like a hetaera in the ancient Greek sense. He spends a few weeks of vacation time with her. He understands the so-called marriage of convenience to be a local custom. He does not suffer from a guilty conscience when he returns to duty and to the United States.

“Here, two people have found each other—their minds misunderstand each other, but their senses have conjoined.”

He only learns between the second and third acts that he has impregnated the young Japanese woman. Meanwhile, in the U.S., he has married into a family that will aid his advancement. His wife Kate, a cool Protestant, remains childless. After Kate learns of the child, she conceives of the idea of adopting it—not least to secure her marriage of convenience—and to that end travels with her husband to Nagasaki. This, at least, can’t be held against the tenor. Due to my emotional involvement with the part of Pinkerton (I have by now sung this role, note for note, 386 times), I am certain that the knot of fate—the tragic self-directed aggression of the Japanese woman—is based on a vast misunderstanding between two cultures, a CLASH. At no point has this woman accepted the status of commercial service provider to which she saw herself forced after the death of her father and attendant loss of fortune. She barely understands what has happened to her. She possesses no “capitalist soul.” The tenor was raised very differently. I see him as a vivid, lively, mercurial primate, who believes himself to be a lucky prince, the exponent of a highly modern fleet. What drives him, and what flows melodiously through my throat, is the spirit of accepting an advantage, to which all my senses—as well as a sort of accounts register in my honor code—subordinate themselves (“You must not neglect your advancement, you must not take a back seat to any rival”). This kind of drive can distract you. I also want to note that the paper marriage in the first act and the promises he sings occur in a drunken state, intensified by the intoxication of the prospect of love. Here, two people have found each other—their minds misunderstand each other, but their senses have conjoined. Before any international court of arbitration, with Japanese and Americans equally represented, Pinkerton would be absolved of guilt. He is not disloyal, either—though he might seem to be careless in his manner—for he always remains true to himself.

This note, which the young Japanese woman leaves behind as a message for Pinkerton, must appear strange to me, the tenor. At this point in the drama, I show this by hesitating. I consider it to be an atavistic law that stands in opposition to my sensuous vocal delight.

From Temple of the Scapegoat. Used with permission of New Directions. Copyright © 2018 by Alexander Kluge. 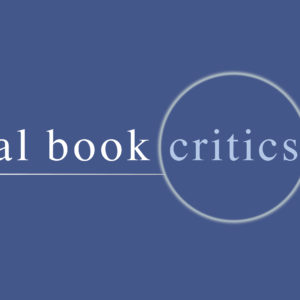