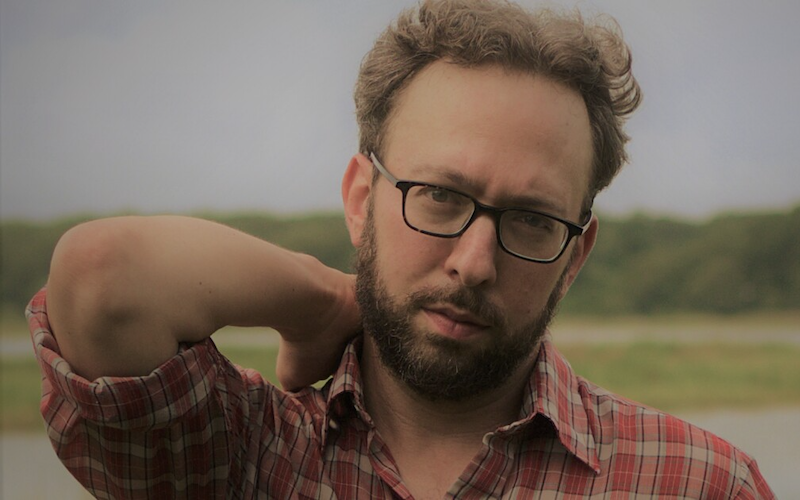 Teddy Wayne on Loving the Outcasts

The Author of The Great Man Theory talks to Jane Ciabattari

Paul is obsessed with Colin Mackey, a TV commentator who amplifies the policies of the “innately cruel president,” modeled after the reality TV star who sat in the White House. Paul has Colin in his sights throughout Teddy Wayne’s fifth novel; he poses as a conservative academic and seduces Colin’s producer, all in an effort to get on his show and make his mark on history. The Great Man Theory was triggered by a recent inhabitant of the White House whose shadow loomed large during the opening weeks of the January 6th hearings, when our email conversation took place.

“Like most people who will read this interview, I felt a daily combination of rage and despair during the Trump administration,” Wayne explains. “Although there are many pitfalls to writing a novel set in the political era you’re currently in, especially one with a president as cartoonishly villainous as the one we just had, I think the best writing advice is not to write what you know, but to write about what consumes you.” Read The Great Man Theory for Wayne’s satiric genius, for his ability to portray with great emotional heft Paul’s relationship with his daughter Mabel, who is turning twelve, for a glimpse of academia’s current downward spiral, and a reminder of the four years in which every day’s presidential tweets brought frissons of terror.

Jane Ciabattari: How have you been faring during this time of tumult and uncertainty? Writing? Family? Preparing to launch The Great Man Theory?

Teddy Wayne: Well, I’m not sure how far back you’re considering this time of tumult and uncertainty to stretch; it seems to be lasting a while. But for the last couple of years, I’ve been squeezing in bouts of writing in between chasing two toddlers while trying to dodge Covid and getting demoralized by the news.

JC: What inspired your title?

TW:. It was originally The Luddite Manifesto, after the nonfiction manuscript the protagonist, Paul, is working on, but The Great Man Theory—named for the idea that history is driven by “great” leaders (great in terms of their charisma and innovation, not necessarily ethically good) rather than the masses—better encapsulated the prevailing individualist ethos of our time, evident everywhere from the rise of international strongmen to Instagram influencers. Broad support of the populace is still required for these great men and women to exercise power, but the masses have increasingly become followers rather than agents of change themselves.

JC: You’ve become the chronicler of loners in a range of novels focused on characters like the MFA student at the center of Apartment (2020), the insecure stalker in Loner (2016), the eleven-year-old pop celebrity in The Love Song of Jonny Valentine (2013), and the Qatari-based computer engineer who creates an algorithm that helps predict oil futures in Kapitoil (2010). What draws you to writing about loners like this?

TW: I suppose I have a hard time caring about characters, in my writing and reading, who don’t have at least a touch of the outcast to them. Fortunately, most writers could be characterized this way, and the majority of the characters they produce follow suit; if fiction has a social function, I think it’s describing this state of disconnection, and in so doing, possibly make the reader feel less alone. I’m someone who seemingly fits into mainstream society but who still never quite feels as though I’m part of the collective, even in a crowd of likeminded fiction writers (nearly all of whom probably feel similarly). I’m drawn to characters who reside in this zone—alienated but not full-blown pariahs—and for the dramatic purposes of storytelling, I’ve tended to exaggerate their loner-ness, their apartness, to make it central to their pain.

JC: Paul is a senior lecturer demoted to adjunct without benefits, forced to leave Park Slope to live with his mother in Riverdale and take a side gig as a ride-share driver. You recently tweeted, “The misanthropic protagonist hates Twitter, among many things (authoritarianism, brunch, liberal hypocrisy, podcasts).” And yet, Paul is able to draw sympathy. How are you able to create a nuanced character while also making him the center of a satiric riff? Is The Great Man Theory Adjunct Lit?

TW: This is my first novel written in third-person point of view. First person grants some immediate empathy, as the reader is forced to see the world through the narrator’s eyes. It makes sense for a sympathetic protagonist with whom we already are likely to identify; it can also work for an antihero we wouldn’t like based on his actions (Humbert Humbert, for example), but whose voice and interior monologue are engaging enough that they compel us, however queasily, to be along for the ride. Then you have characters like Paul who aren’t overtly sympathetic or repellent.

Free indirect discourse closely attached to one person like this creates a muddled and shifting readerly allegiance: most of the time we see and feel what Paul is seeing and feeling, but at other points we regard him from a distance and understand him in a way that he can’t from his own blinkered perspective. I didn’t want to make this an apologia for a feeling-left-behind Gen-X white male, nor did I want him to be perceived solely an object of ridicule, so I settled on this tight but still removed perspective. If the novel works as both an engine of feeling and laughter, it’s because of that: we can feel for him when we’re inside his head and laugh at him at moments he wouldn’t see as risible.

As for Adjunct Lit, it does seem to fall into this genre, which is relatively new in fiction because it’s relatively new in the world. Twenty or thirty years ago, Paul would’ve had more job security as an adjunct or quite possibly be tenured despite his thin publishing resume. If David Federman in Loner could have been redeemed had he had just a girlfriend in high school, then perhaps Paul would have been okay if he simply had a stable income and a wider audience for his work.

JC: Paul’s intellectual mission, after “twenty-some years publishing little-read essays obscure literary magazines,” is to reach a wider audience with his first book, The Luddite Manifesto, in which he argues that “our subsuming addiction to screens has, more than any other economic or cultural factor, fostered today’s perilous political climate.” He also confesses to being an idealist at heart. Which comes first for Paul, his arrogance or his lack of confidence?

TW: They’re two sides of the same coin, as far as I can tell. The truly self-confident are never arrogant; they know their worth and don’t feel a need to verbalize it to others or even themselves. Paul’s occasional bluster, and his more frequent judgmental stance toward others, stems from his insecurity as much as his righteously held beliefs. No one’ s paying attention to him, and though he thinks it’s because the culture has become vacuous and rewarding of exhibitionism over substance, part of him fears it’s because he’s just not good enough—that he’s neither a great writer nor a “great man.”

JC:The shift in Paul’s relationship with his only daughter, Mabel, who is eleven when we first meet her, creates one of the most moving emotional arcs in the novel. How did you shape this narrative?

TW: I needed some emotional ballast for Paul, another character on whom his political anger at the world is transmuted into love, or else the reader would quickly tire of his rants and bitterness. Mabel is turning twelve, the age at which many girls start pulling away from their parents and attaching to their peer group, and Paul’s critical opposition to youth culture was a good way to underscore this separation. My children are too young to be undergoing this rebellion themselves, but I drew on my anxieties about how they might act in the future, and I certainly was inspired by the mingled feelings I’ve had of caring for a child while fearing for the world they’re inheriting.

JC: The downward spiral continues. At one point Paul’s department votes on a measure to extend health insurance to adjunct instructors. The result is deeply troubling to Paul. Even more troubling: He is oblivious to a situation in which he puts his future at risk because of his mentoring behavior toward a young woman student. How do these episodes mirror contemporary academia?

TW: This isn’t a campus novel, per se, in that only a handful of scenes take place on the Manhattan college campus where Paul works, and the focus is more on Paul’s nonacademic life. But I did want to try to get at something you alluded to earlier in placing it in the adjunct lit genre and describe this precarity that’s common in academia, especially in expensive New York City’s tight job market. Nor is it a #MeToo novel, but it felt apposite to incorporate a subplot that addressed gender and sexual power and imbalance in academia; likewise, there’s a nod to trigger warnings and the like. I didn’t want any single one of these issues to take center stage, but instead to create an overall atmosphere that makes Paul feel that, within academia, his power and relevance are being diminished.

JC: Did you have the explosive ending in mind all along?

TW: I had the general idea, though the details of how it played out changed substantially in revision, and I reworked the wording of the last few paragraphs many times.

TW: A new novel, some screenwriting, and, due to losing a lease, trying to find a new apartment, not necessarily in that order.

How Cities, Rather Than Big Tech, Should Be the Engine for a More Equitable Digital Future 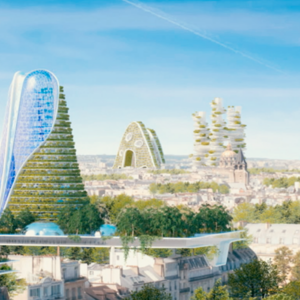 How Cities, Rather Than Big Tech, Should Be the Engine for a More Equitable Digital Future