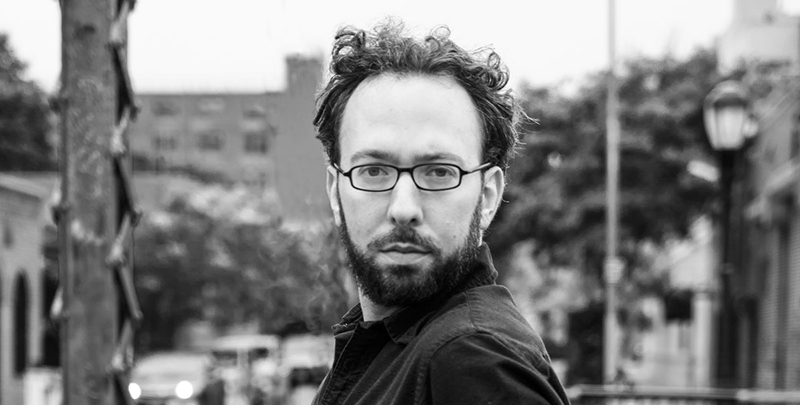 Teddy Wayne: How to Write About the Bullshit of the
Art of Writing

This week on The Maris Review, Teddy Wayne joins Maris Kreizman to discuss his latest novel, Apartment, out now from Bloomsbury.

On how to write about the art of writing:

Maris Kreizman: First of all, you’re you’re very good at skewering MFA culture. You have this nameless narrator. At the beginning of the book, he makes the decision to write about another narrator who was also nameless. How do you write about the art of writing?

Teddy Wayne: The art of writing or the…?

Maris Kreizman: The bullshit that comes with writing? I guess that’s better.

Teddy Wayne: You know, the MFA culture is sort of low-hanging fruit to write a satire about. It’s low-hanging fruit and also, who cares? This is not that important of a thing, so I was careful not to spend too much time in the MFA classroom. A couple of short scenes. I was careful not to have too much time of them waxing on about writing to because I’m also leery of those books.

So what I was at least hoping for was this narrator attempting to be a writer and the standard coming-of-age bildungsroman journey is that he is going to become a writer by the end and he’s going to learn what’s great about himself. What I was looking more into was, what if he is a truly frustrated writer, not the one we often see where it’s a published novelist stalled on his second book, but a guy who is starting out who’s encountering the fact that he might not be very good. Then he is in close contact with this guy who is extremely, supremely gifted. So my hope was to talk about the bullshit of writing, but do it through the lens of a stymied writer and that might mitigate the self-indulgence of it.

Teddy Wayne: This book wouldn’t work for many reasons if it was set today. There’s too much that would be different about it and nothing would function, but his acknowledgement of his class privilege at least would be much more freighted and fraught right now. He couldn’t get past the first page with it in his moment. In the 90s he was just becoming aware of it, this kind of character, and it’s a little bit more tolerable for maybe the reader now to deal with the character who’s aware of this about himself.

Maris Kreizman: Yes, and the thing that 100 percent has to be in the 90s is your portrayal of so much casual homophobia everywhere that you get from every angle in the 90s. It’s really only in the past couple of years that we’re going back and thinking like “Must See TV” was not OK.

Teddy Wayne: It was the source of all our downfall. That’s again, to go back to the masculinity thing, these ideas about gender that really flowed out of academia in the 80s and sort of infiltrated mass culture I’d say in the 90s and beyond are now so commonplace that you can know terms of art and of gender without ever having read a Judith Butler book.

On why you should never trust a suave writer:

Maris Kreizman: Even I felt for the narrator a lot when he was in the MFA part of the book, because I think there is an expectation now as someone who hosts the podcasts where I talk to writers every week, that all writers are eloquent and don’t sweat and feel comfortable talking about stuff.

Teddy Wayne: Yeah, I’m not sweating right now but I’ve not been incredibly eloquent either. Well, look, I went to an MFA program, as I said. To me, this is not the case for this narrator, but often the better writers were worse at social interactions. You can frequently feel, “Well, that’s a really special person with a hard time expressing their specialness anywhere but on the page.” Those are the writers I’ve often usually admired most where they really transmuted their art and their weirdness and uniqueness into something that they couldn’t do in any other way. I’ve always been a little suspicious and skeptical of writers who are too socially polished and smooth at the world because I wonder, is this just them channeling their suaveness but not get into anything else that’s under the surface?

Teddy Wayne is the author of Loner, The Love Song of Jonny Valentine, and Kapitoil. He is the winner of a Whiting Writers’ Award and an NEA Creative Writing Fellowship. He is a regular contributor to the New Yorker, the New York Times, and McSweeney’s. His latest novel is called Apartment.

5 Shakespeare Scholars on the Past, Present, and Future of Theater Amid COVID-19 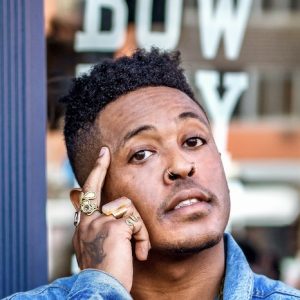 In this episode, acclaimed poet Danez Smith discusses the role friendship plays in their most recent collection of poetry,...
© LitHub
Back to top