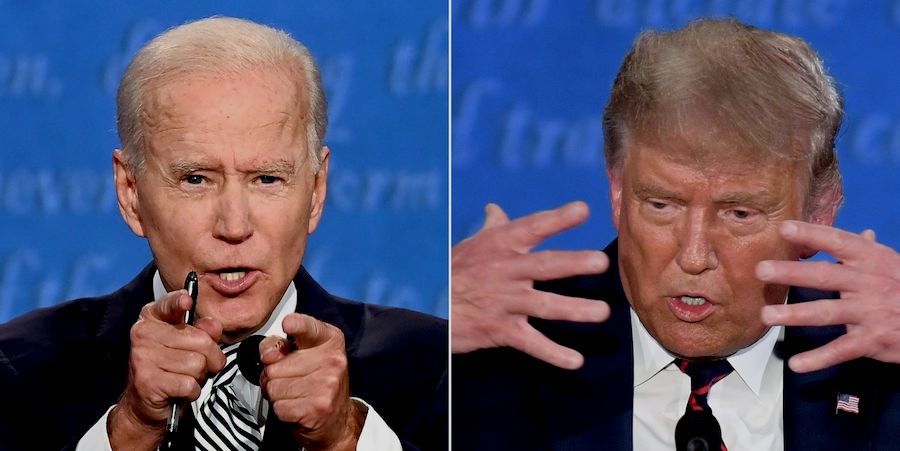 Taunts and Abuse: On What Really Happened Between Donald Trump and Joe Biden

Let me start by confessing that I didn’t watch most of last night’s “debate.” I tried. I really tried. I have watched every presidential debate that’s taken place since I’ve been old enough to vote—and maybe before that, as I watched John F. Kennedy debate Richard Nixon for a high school civics class. (Do high schools have civics classes anymore?) But last night I couldn’t do it.

Watching Donald Trump batter Joe Biden with nonstop taunts while Biden tried to debate—that is, to make points—was too painful. I abandoned my husband at the screen and left the room. Some headlines and commentators this morning called this verbal onslaught “interruptions.” They weren’t. They were verbal assaults.

I know something about interruptions. I’ve written and studied the subject throughout my academic career, going back to my doctoral dissertation comparing the conversational styles that I called “high involvement” and “high considerateness.” For a “high involvement” speaker, I showed, talking along with another speaker is often not an interruption but a show of enthusiastic listenership. Analyzing a conversation between New Yorkers and Californians, I found that New Yorkers who showed enthusiasm in this way were sometimes seen by Californians to be interrupting—intending to steal the floor. In such cases, interruptions resulted not from the intentions of the second speaker, but from the first speaker’s misinterpretation of a “cooperative overlap.” That’s not what was going on last night.

Trump was not talking along with Biden to show enthusiastic listenership. He wasn’t talking along at all. He was talking over. Actually, he wasn’t even talking. He was taunting. And he wasn’t listening. He was trying to prevent the audience from listening to his opponent. That’s why I put the word “debate” in quotes in my opening line. Trump’s taunts prevented last night’s event from being one.

Though I found in my research that sometimes what’s experienced as interruptions aren’t intended as such, clearly people do often interrupt each other, intentionally trying to stop someone else from finishing their turn, or trying to interject a comment before they finish. That has happened in previous presidential debates. As I sat down to write about last night, I was reminded of an op-ed I wrote for the New York Times following the second presidential debate between Mitt Romney and Barak Obama in 2012. I wrote at the time, “The debates this year might be most remembered for the frequency (and ferocity) with which the candidates have interrupted each other.” That observation is laughable—or, more accurately, cryable—in light of last night’s debacle. Frequency? For something to be “frequent” there must be periods when it is not occurring. An interruption can only be called that if there are periods during which another speaker actually holds the floor. Last night there weren’t any. Trump didn’t stop talking long enough to allow Biden to hold the floor for a single sentence, let alone a conversational turn. Ferocity? Anything that occurred between Romney and Obama—or between any two presidential candidates in any previous debate—looks respectful and dignified compared to Trump’s barrage.

I give credit to those who watched the entire debate; they have stronger nerves than I. But I’m willing to bet their nerves are still jangling. The country’s collective nerves have been jangling for nearly four years. Last night’s non-debate only amped up the volume. I am sympathetic to those who are questioning whether two more such spectacles should be countenanced. But here is one thing I hope: in discussing what happened last night—and similar displays if they are allowed to happen again—let’s not use the term “interruption” to describe the nonstop barrage of verbal assault by which Donald Trump prevented last night’s encounter from being a debate. Using that term insults the dignity of legitimate—and even of objectionable—conversational interruptions.

Deborah Tannen, university professor and professor of linguistics at Georgetown University, is the author of many books including, most recently, Finding My Father: His Century-Long Journey from WWI Warsaw and My Quest to Follow. 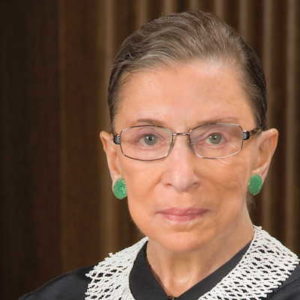 Democrat Al Gore and Republican George W. Bush faced off in the 2000 presidential election. A historically close race, the final...
© LitHub
Back to top