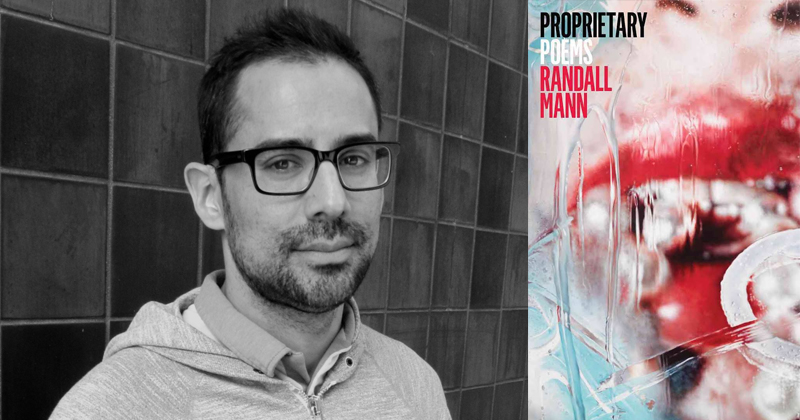 Taking Down Corporate Culture with Poetry

Since his second book, Randall Mann’s work has unflinchingly mapped his adopted home of San Francisco—its neighborhoods, its people, its history of queer desire. His most recent collection Proprietary examines ways in which the city has begun to change, now “full of suits, / none of them in suits” whose activism is “lightly starched.” As he says, “California / has metastasized.” Eschewing, in some sense, the formal lyricism of his first three books, it is the work of a poet who is, if not reinventing himself, then at least reconsidering his approach. He is still a wry observer, off-handedly noting the proximity of a doughnut factory’s pleasant sweetness to a building that “burns the animals / we experiment on.” But in these poems, he is also a reluctant (if unrepentant) bricoleur—pilfering from Slack chats and Powerpoint slides, from vested options and IPOs, the enervating rhetoric of start-up culture, and fashioning from it a radical public art. In this way, Proprietary both courts and confronts (his, our) complicity, even as it reveals—and revels in—the detritus of late capitalism.

Our conversation, which began (how else?) via text and migrated to email, took place last summer.

Eric Smith: When we first began talking about Proprietary, you mentioned that it was a more public book than your first three collections. What did you mean?

Randall Mann: I worked in massive multinationals for a decade, and many of the poems offer, I hope, an insider’s nuanced view of the everyday betrayals—often of language itself—and ethical complications that make up work, in my case in biotechnology and Silicon Valley.

The book is ultimately a takedown of corporate culture, but not an ivory-tower idea of the thing, but a record of the thing itself.

But my poems, particularly those of queer history, have always been engaged in a public conversation. In Proprietary, “Halston” and “Leo & Lance” speak to this, but also personalize it, as both mention a time, the late 80s/early 90s, when I was trying to come out, when the culture still spoke of queerness with disgust or silence—and it felt like everyone was dying. I can’t help turning back to this time, as it formed, and still undermines, my queer life.

ES: What changed—for you, for your poems—in the time between Straight Razor and the new work?

RM: When writing Straight Razor, I was working long hours at my job, and then I wrote poems every Sunday, all day. At some point I looked up and saw my life, and it was diminished—achievement at work and poems written, sure, but not much else. I had neglected my friends; I had largely forgotten to go on a date or even cruise for sex or, or—in other words, to do much of anything but work and write. Ugh.

So I took myself off a writing schedule and just trusted that the poems would come. As I did this, my artistic concerns changed; I was able to approach all the notes I had taken at and about work and use them, judiciously, for new poems. And although there are plenty of strictly formal poems in Proprietary, I have, I hope, a growing sense of ease and trust in my work; I want to employ devices, such as rhyme, as appropriate, but always in order to move the poem as close as possible to the “lineament or character,” to quote Wallace Stevens, of the thing described.

ES: A poem like “Fashion” eschews some of your characteristic formalism. “Order,” too, though it recalls the mirrored form of “Poem Beginning with a Line by John Ashbery” from your first book, and “Fantasy Suite” from Straight Razor. Is such a move a result or a root cause of this relaxing of those formal, lyric restrictions?

RM: It turns out the airtight lyric, all association and inference, is not always now the right vehicle for my narrative; I found too much tension to be, at times, armor against feeling. The poem “Order” is a form, sure—a line-based palindrome, as a reviewer once called it—but the poem, in its mirroring, undoes itself (I hope) carefully, gently, the speaker admitting about his father, “we almost laughed / but not for years.” And “Fashion” is a sort-of-list of grievances against ex’s; I wanted the almost rhyming, almost playful accrual of damning details—damning for the complicit speaker, too—as clear as possible in meaning, but the ensuing pain suggestive, like bitters swirled in a glass.

ES: Undoing, undermining, take down—if the book has a thesis, is this dismantling (of a self, of a city, of a language) it?

RM: I hadn’t thought about it this way, but maybe so. There seems to be an undeniable clarity in undermining the given—for example, at work, where “I arrive only when I leave,” in “I Resign”—which is to say mining it, for a poem.

ES: It’s difficult not to read this book in the shadow of the current administration. But the myriad failures inventoried in Proprietary didn’t begin last November. What do you think the book has to say about our current moment, and the other moments that led up to now?

RM: Donald Trump is perhaps the apotheosis of the cynical economics driven by Reagan and his ilk, and an example of some of the worst traits of corporate life—delegation without accountability; spinning failure into a what looks like success; touting thin, cynical messages that play to fear—all of which I touch on in the book. I remember the first time, as a people-manager, I received, in the middle of the night, a slide deck of talking points concerning a senior executive who had decided to leave. It was alarming in its specificity of what I could and could not say. The current administration, while far worse, is really no different.

Proprietary is also about the gentrification of a city; the loss of community; and the damages and privileges of an often ahistorical, PrEP/app queerness. This is the moment, or at least mine; these poems are the things I have to say about them.

“Corporate life, like life-life, is filled with buttoned-up phrases people set on repeat, a kind of deliberate carelessness.”

ES: Odd that in a place like Silicon Valley, which so urgently focuses on innovation, depends on familiar patterns, legacies, loops both infinite and otherwise. That line from the title poem, “let me loop back with you,” seems especially chilling, in light of this cyclical, hyper-vigilant cynicism.

RM: “This fiscal downturn is like Orpheus,” I write in “Fiscal.” This book rests on the ancient idea of turning back, and in that turning a failure in seeing. This is the new economy; this is the transaction we call love.

ES: “Almost” is full of such transactions and failures. And all of this occurs alongside—or because of—this backward glance that masquerades as progress (and progressivism) that has convinced itself of its forward-looking and -thinking. I guess the question is: what do you see, or what future does Proprietary imagine, for this economy, and for those in it?

RM: I imagine a future like the end of my Prince elegy: “The old, on repeat. The new / Zeal, zero.”

ES: In light of this, I also want to ask you about “Dolores Park,” as it in some ways speaks to a much older kind of gentrified reclamation. There’s a suggestion that gentrification has always been essential to the identity of California.

RM: If gentrification is a form of displacement in the name of tidying-up, never mind the past, I can think of no better metaphor than Dolores Park, a glorious slope of park in the Mission district where the lit and beautiful lie and eat magic brownies and commiserate about code—and most have no idea that they are sprawled out on an old cemetery, because when land became too valuable in San Francisco, and burial in the city limits was banned in the late nineteenth century, the bodies were unceremoniously unearthed and carted to Colma.

ES: Do you ever feel complicit in this unearthing, this erasure?

RM: I’m no hero; I’m a chronicler, and if writing is a form of activism, I’m an activist. But I’m also sometimes the guy in Dolores Park eating Bi-Rite ice cream and mooning at the view. Of course I’m complicit, and my guess is, so are you.

ES: One of the book’s central occupations is not just the gentrification of a city, but of language, as well. What made you want to fold the jargon of disruption into poems?

RM: I called the book Proprietary because it—and for it read these times—is a lexicon of ownership, the longing for it, the lack thereof of lovers, homes, and the very words we speak. Corporate life, like life-life, is filled with buttoned-up phrases people set on repeat, a kind of deliberate carelessness; it is the policing of speech and searching for the freedom in that state. When I first joined a big company, I was fascinated by its alien, familiar vernacular; when my boss said “please cascade as appropriate,” a phrase I include in the title poem, I immediately envisaged a rush of water—but of course that’s not what she meant: she was just thrashing a dead metaphor. I include this jargon as a form of reclamation of meaning, as an essay on the impoverishment of discourse. A colleague was not a colleague, he was a “thought-partner.” I mean, come on! I sat in meetings pretending to take notes, but really I would note all these rote phrases and lard poems with some of the best and most appalling.

ES: It’s difficult not to admire the metaphorical and idiomatic beauty of it at the same time. You made poems from it, after all, and have now preserved this ephemera for if not forever, at least as long as Google keeps the lights on. But why do it? Why yoke yourself, and your art, to this?

RM: It’s mysterious, the everyday pull toward the chronicling and fragmenting of language and experience. But this is what I do, write poems; it’s the only thing I’ve ever really been good at. I’ve been writing seriously for almost 25 years (holy hell), and the possibility of a new way of seeing, the ensuing play, the puzzle of poetry, never get old.

Eric Smith is the author of the poetry collection Black Hole Factory, forthcoming from the University of Tampa Press. He co-founded the text message poetry journal cellpoems.

A View of the Empire at Sunset 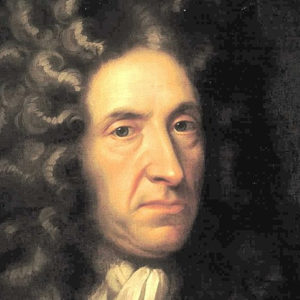 What is the right poetry collection for you? A complete guide that may or may not be more accurate than astrology. |...
© LitHub
Back to top