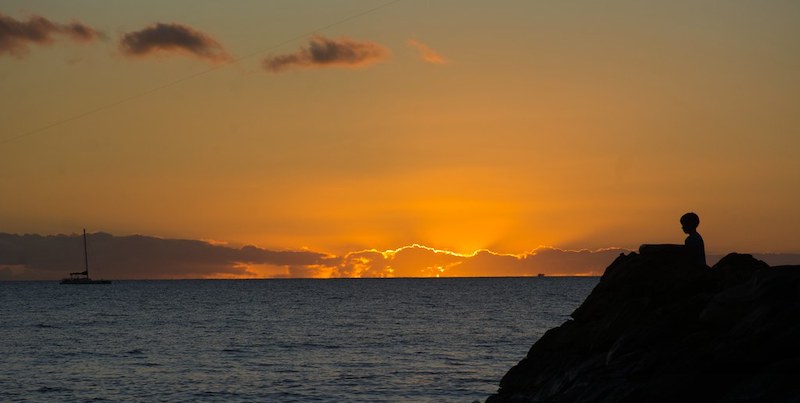 Surviving the Abuses of Life in America

Tiffanie Drayton on Lessons in Self-Preservation and Growth

I write this from exile.

I write to you from Trinidad and Tobago, the home my mother left behind when I was a child, betting on her family’s ability to excel in America, in what was pitched—and embraced—as a meritocracy. America’s trademark promise of protection for the huddled masses, of freedom for all, and Martin Luther King Jr.’s vision of integration and equality were concepts that I internalized from a young age. I believed that with hard work and impeccable manners I would earn acceptance and recognition.

I sought freedom from America’s history of dehumanization in the same way Black Americans always have: I worked to set myself apart. I was certain I had access to the mobility to someday lay claim to full citizenship and elite status—trappings traditionally for “whites only.” But despite every attempt to pull myself up by my bootstraps, I found myself sinking deeper into despair. Though I sometimes got so close to these designations that I could almost feel them in my grasp, I was never afforded unconditional validation or acceptance. Instead, over time, I realized I had been unwittingly cast in America’s caste system.

In America, I am a Black woman. The position I occupy is diametrically opposed to whiteness, and all that invented designation signifies. Beneath the glittering surface layers of America’s promise—a promise whose seduction and lure grew in conjunction with the sway and dominance of capitalism over the global economy—lay layers of bedrock foundation built from the bodies of Black and Native people, bodies whose value to this country was in how they were used, and used up, not in our aptitude for tolerance, assimilation, focus, or commitment. Bodies that could be displaced on a whim; whose inherent humanity could be reduced to stereotypes and tropes. Marginalization and exploitation is the American history I wasn’t taught in school but that I learned nevertheless.

In the end, I fled to Trinidad and Tobago as the only means to slip the constraints of the great “American Dream”—a pursuit whose rules seemed to shift under me just when I was sure I was ascending. A project that taught me to revere self-sufficiency but thus kept me isolated, uninformed, and without allies, believing that instead of being alone, I was working toward precious autonomy, a successful striver. Even when I knew I had to leave, I still struggled to help others understand exactly what I felt it was necessary to escape from.

I left America not only to find freedom but first and foremost as an instinctive act of self-preservation.

On January 6, 2021, I received a message from a close friend containing a single question: “How did you know?” Washington, DC, was under siege by violent insurrectionists, and my best friend was equal parts shocked and confused as the attack unfolded. The scene itself was of course unbelievable, but what she really couldn’t grasp was that I’d warned her about a possible coup attempt over six months earlier.

That’s true, but it’s also far more complicated than my sharp and pithy reply. My understanding of just how far the former president of the United States would go to avoid the sting of public defeat was gleaned through a set of experiences that I would not wish upon my worst enemy. These personal experiences unlocked an epiphany for me about the trajectory of America by allowing me to finally understand the nature of a narcissist, a term that I once naively believed meant a person obsessed with their own beauty or attractiveness.

After years of suffering through (and finally escaping) a romantic relationship with a man who promised me fidelity, bliss, and loyalty and instead dealt me constant abuse and degradation, and ensnared me in a cycle of chaos that oftentimes felt inescapable, I became more informed about what a narcissist really is, and how a narcissistic relationship works. Through my experiences in therapy, I learned that narcissism is an incurable mental health problem characterized by an excessive preoccupation with self, a lack of empathy, an outrageous sense of entitlement, and a constant need for validation. I learned that it is not easy to escape the wrath of those who suffer with the disorder when you try to end the relationship with them, as America would do by voting Trump out of the White House.

As I began to heal and empower myself to take control of my life, I learned more about the cycle of a narcissistic relationship and why they are so hard to leave. That cycle—of being showered with love and offered intimacy, then being devalued and broken down, then being rejected, and finally being pulled back in by promises and grandeur—informs the structure of my story, because I see the power that cycle exerted over my romantic life but also the futility of my quest to find firm footing as a successful and settled American.

My deeper understanding of narcissistic abuse illuminated truths that forced me to realize nothing I could do on my own would be powerful enough to save my relationship with my ex or the country I then called home. Toughing it out, working on myself, and even working on the relationship wouldn’t be enough to fix it. The liberating realization that gave me permission to move on personally also became a catalyst for me to finally understand my relationship with America as a Black woman who had suffered the repeated blows of systemic racism. It too was an abusive relationship, made glaringly apparent by the election of Donald Trump. I could now accept that I did not have to settle for abuse, not from my ex or even from America.

I left America not only to find freedom but first and foremost as an instinctive act of self-preservation. Leaving was a decision made based on my human drive to survive. In that act, I found rebirth. I discovered a life unburdened by the constant distress of inferiority.

In America, my Black life was narrowly defined in a way that colored it gray, dark, and dingy—rife with grit, hardship, and constant disappointment. Upon my return to Trinidad, my Black life became one enveloped in the greens and blues of the ocean; mocha, caramel, and mahogany faces; and the rainbow of pinks, oranges, teals, and yellows of glittering Carnival costumes. A life where I could live out the wildest dreams of my ancestors as a fully liberated African woman in the West. I found freedom by leaving the land of the free, but in that liberation a reckoning was forced: What had I escaped? What did I flee from?

I share my truth—my triumphs, heartbreaks, mistakes, and even prejudices—to remind us that in our shared humanity there is always room for growth.

Little did I know that I would exit, luckily with my family in tow, just before a powder keg would blow. The combination of four years under the Trump administration—and with it, rhetoric and actions of such blatant racism, sexism, and xenophobia that no claims to color blindness or exceptionalism could blur or blunt the truth—with an unprecedented pandemic revealed what everyone knew but had been able to ignore: America’s promise of equality for all wasn’t one the country was even trying to live up to.

Years of walking back social support systems and civil rights had left America’s infrastructure brittle and fragile, and once again abandoned hundreds of thousands of the country’s most vulnerable people to have their lives claimed by death, violence, job loss, and psychological instability. I watched in horror as all of this chaos was then interwoven with energetic bursts of mass protest against the killing of unarmed Black Americans by the police.

From an ocean away, I had fuller access to my heartbreak and rage in a way I never could when those powerful feelings had to coexist with my drive to survive within the system. I felt haunted by the guilt that I was able to escape while so many I knew and cared for were still trapped in the turmoil. As I watched the only country I had ever called home implode from a distance, I hoped the truth the world was witnessing was one that wouldn’t blow over, or be erased.

Finally, America, the abuser, was unmasked.

I was born part of a generation of Black women who inherited the strength, struggles, and insights of our Black ancestors—freedom fighters, artists, intellectuals, and scholars—and I have come into my career and my womanhood in a moment so unique and inspiring. A moment that stands at the confluence of immense data technology and interconnected global reach, one that benefits from decades of research that validates my gut reactions and builds on generations of advocacy that allows Black people access to higher education.

The power of arriving at this moment in history, with the tools that I have been afforded through the hard work and dedication of those who came before me, allows me to painstakingly identify and enumerate the various ways that America’s vicious racism takes its toll on Black people over the span of their lives. In doing so, I’m able to acknowledge the disturbing impact these systemic forces have had on my own life and the lives of my family, closest friends, and even lovers.

What I share with you here is a personal journey, one that gave me permission to be free, to refrain from shouldering the mantle of shame or casting blame upon myself. I share my truth—my triumphs, heartbreaks, mistakes, and even prejudices—to remind us that in our shared humanity there is always room for growth. Mistakes and misconceptions can be catalysts for growth, for individuals, families, countries, and governments alike. The fear of judgment casts a shadow that kept me on the run from the truth. But only by facing the reality of our shortcomings and transgressions could I find a map to realize a greater self.

Only when each individual American is free to achieve self-actualization will we collectively find the strength, and muster the resilience, to heal racial divisions, inequality, and oppression, and finally make the promise of peace, liberty, and justice for all a reality. Which begs the question, America: Are you finally ready to grow and heal with me? 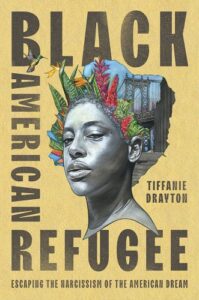 Tiffanie Drayton is a mother, world traveler, and journalist whose work has been featured in The New York Times, Vox, Marie Claire, Playboy, Salon, and Complex, and on Yahoo, among other outlets. She has published two nonfiction young adult books, Developing Political Leadership Skills and Coping with Gun Violence. She grew up in the United States and currently lives with her family in Tobago. 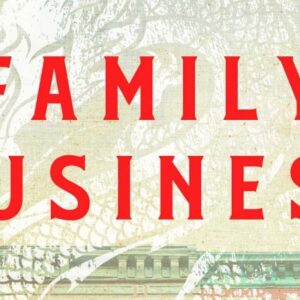