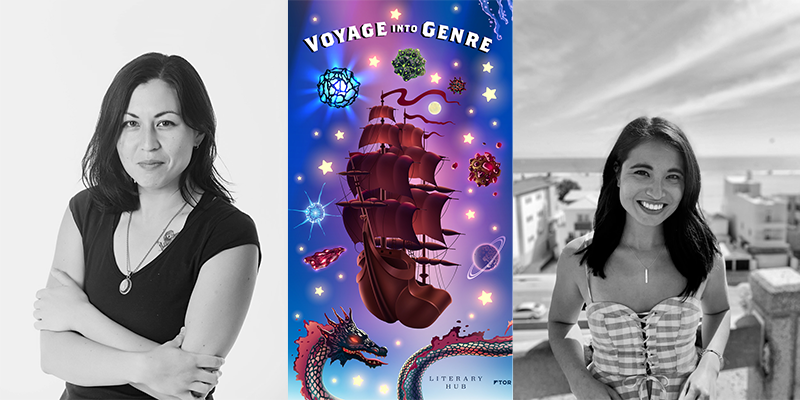 It’s time to go back to school, which means we’re reading to figure out who we are! Let’s get thinking about the books—and the people—that shape us, teach us, and define us.

Sunyi Dean (The Book Eaters) talks about whether its possible to be a good person, letting go of perfection, and her book-devouring vampires. (Recorded live at the 2022 Jericho Writers Summer Festival of Writing)

Olivie Blake (The Atlas Six) talks about being a reformed pantser, writing from a place of fandom, and the appeal of teaching through fiction.

Valerie Broussard (Grammy-nominated singer and songwriter) talks about the importance of genre in her own education and how it might help serve the education of others.

Sunyi Dean the structure of The Book Eaters and letting go of perfection:

Sunyi Dean: Most of my books I’ve written out of chronological order. Well, I say most of them—the first two I wrote were out of chronological order, and I would drag and drop chapters to put them in the right story order. For this one, I did have to start from the beginning. So that first chapter is the first chapter. And then as I got through the draft, I wrote different synopses—one synopsis for her present timeline, one for her past. There’s always that difficulty with multiple timelines because each timeline, the tension arc has to build individually, but when they’re staggered like that, they also have to build together.

You get a lot from the structure, I think. The structure gives you twists and turns for each. The past is flipping what you know of the present and vice versa. So you think, what’s going on in the present? And then the past shows you something different. You think you know what’s going on with the past, and then the present shows you something different, and they don’t line up. That builds intrigue, but the downside to that structure is it does kind of get bogged down at the 75 percent mark. The book is a little bit sticky, and I was never fully happy with that. It’s just laboring under its own structure a little bit to get to the point where they meet.

Drew Broussard: That’s really interesting. Would you say more about that? Was that something you were feeling during the editing process? Was there a moment where you and your editor were like, we have to deal with this in order to get the payoff? Because the payoff is fantastic.

Sunyi Dean: I felt it the whole way through. When I finished the draft I was working on, I sent it to my agent apologetically and said, “I feel like this isn’t working, but I am tired. I don’t know what else to do with it.” And she worked on it a bit, but you know, she’s not an editor. She does edit, but her main job is being an agent.

So we sent it out. She thought it was ready. And Tor picked it up, so I guess she was right. But we did three heavy developmental rounds, and I think about a third of the book got rewritten across ten months; it was structure and world-building stuff.

I don’t know if we ever fully fixed it, but we fixed it to the point where we felt like it was doing its job to get people to the end. If you read two thirds through there’s no refunds. But more seriously, I think it didn’t have to be perfect in the end. It just got to the point where it told the story as best it could.

If there’s a way to get it smoother than that, I don’t know. I think there are things I could have done to make the plot flow smoother, but then I would’ve lost something. I could have picked up the pacing by cutting some of the character conversations, the character development. But to me, that was an exchange I was happy to do. All books, you pick that line sometimes. You just have to make those decisions for what you want from the book versus how it’s going to work for other people. It’s a hard line to draw.

Olivie Blake: I wanted to write this particular story because I was wrestling with the ethics of having a child. I wrote this in the winter of 2019, and I was really battling with myself about whether or not I believed that birth is a curse and existence is a prison, quoting The Good Place there.

Not that politics are ever that good, and they’re certainly not good right now, but they were particularly challenging in that time, in that I couldn’t really see how things could end well, and I didn’t see how I could bring a baby into the world. I just couldn’t promise anything. I couldn’t promise some glorious, bright future. So I was like, well, what can I promise? What can we say here? What can we look at about the world?

The bigger and broader things get, these big questions about meaning and purpose and ethics, they all come down to something very, very small, which is your relationship with other people. And the important thing in saving the world is not about the world and the people you’ll never meet and never know the experiences of, it is always about the people that are closest to your life.

Nobody thinks they are the villain, everybody is their own unreliable narrator, and that’s a major theme of the series overall and also of book two. It was really interesting for me to look at it from even a physics lens of let’s talk about relativity. Let’s talk about how you cannot understand something objectively, you can only understand your relationship to it.

*
Valerie Broussard on how reading genre has shaped her life:

Valerie Broussard: I am dyslexic and so reading for me was not promised. When it began as something that was a part of my life, at the time that we were growing up, the Harry Potter books were very zeitgeisty. And so that was one of the first things that I was able to engage with in terms of a book, even though I was unable to read at the time.

You actually, if you remember, recorded the first two for me with little voices and everything, and that was massive in me beginning to read and read along and all of that stuff. The third one was the first book that I read on my own in big print, and I still have the big print one.

And then fast forward to fifth or sixth grade when I did the entire Lord of the Rings trilogy in small print. That was my first small print triumph. These books, that came very much from you and from Mom, are fantasy. And I think that my love of sci-fi and fantasy has absolutely shaped who I am.

This need for adventure, wanting to be Bilbo Baggins, wanting to strike out on the road and not knowing where the wind will take you, the main-character thing that you always want to have after reading books like that. And Discworld was a massive part of my reading as a young person, mostly because of you and because of this love of fantasy and sci-fi. But Discworld has this amazing ability to combine music and magic.

They’re very much intertwined. And when I was thinking about it, I was like, wow, that really strikes me as something that was definitely ingrained from childhood and now is such huge part of my life as a music professional.

Feminist or Feminine? A Twentieth-Century History of Skirts

How Can We Be Sure This “Futurist” Author Isn’t Just a Smart Machine? 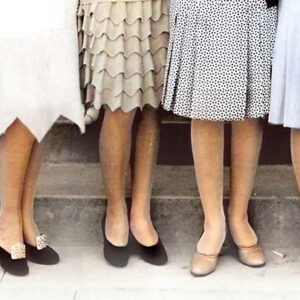 Feminist or Feminine? A Twentieth-Century History of Skirts