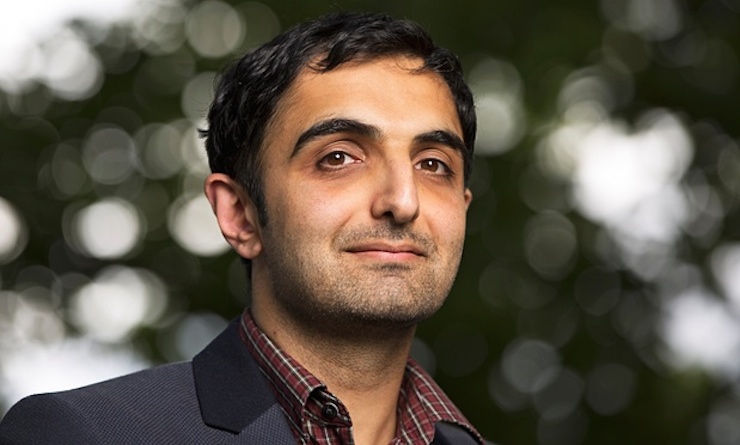 On Writing an Accidental Political Novel, and Living by the Pen

This interview appears in the current issue of BookPage.

Sure, he gets more invitations to read his work. And he now has “a proper study” in his basement. But otherwise, Sunjeev Sahota says life hasn’t changed much since his superb second novel was named to the prestigious Man Booker Prize shortlist.

“I’m very conscious that the person sitting down to write in my basement is different from that person on the shortlist,” 35-year-old Sahota says almost shyly during a call to his home in the old steel town of Sheffield, England. “I just realize that it’s two differ­ent people; there’s the writer, and then there’s the person who has to go out and talk about the book. It doesn’t make any difference to how I write or what I write about. I don’t feel any greater sense of expecta­tion, possibly because my expecta­tions for myself are high enough.”

But Sahota does acknowledge that the enthusiasm for The Year of the Runaways in the UK, where it was published last year, and in the US, where it was just released, “definitely helps me to carry on living by my pen, which is all I’ve wanted to do for a long time now.”

Sahota’s first novel, Ours Are the Streets, the fictional diary of a suicide bomber, was published in 2011. His urge to write arose shortly after he read a novel for the first time at the age of 18. The novel was Midnight’s Children by Salman Rushdie, purchased while Sahota was en route to visit relatives in Punjab in northwest India. Sahota’s grandparents and parents immi­grated to England more than 40 years ago. He was born in 1981, not far from where he lives today with his wife, a government accountant, and their children, ages 3 and 1.

Sahota says wryly that he’s asked so often about his first tryst with fiction that it’s become “a bit of an albatross around my neck. It defines me in a way I’m not quite sure about. I don’t know how much I really understood on that first reading. But it did feel like a dam bursting. I felt quite overtaken by a sense of storytelling as a way of spending your life. And then I became a heavy, avid reader very quickly.”

That reading deeply influenced his conception of The Year of the Runaways. “I knew I wanted to write a big book,” he says, “partly because I wanted to do homage to the books that made me fall in love with reading, those big, immersive novels that I first got myself lost in.”

As the title suggests, the action of the novel takes place over the course of one year. It focuses on the lives of four fully imagined main characters and a host of well-wrought minor characters. Three of the main characters—Randeep, Avtar and Tochi—are young men from India who came to Sheffield with naïve plans for earning good incomes. Tochi is smuggled into the country, fleeing a terrifying family trauma. Avtar enters on a student visa. And the very imma­ture Randeep arrives through a “visa marriage” to England-born Narinda, the pious daughter of Sikh immigrants, who is a mystery in the first part of the novel, and as time passes becomes, Sahota acknowledges, “the moral heart of the book. She’s probably the clos­est I’ll ever get to writing a heroic character. She loses her faith, but she doesn’t lose her sense of wanting to do good.”

Much of the emotional brilliance of the novel derives from its longer chapters, which illuminate—prob­ably controversially—the circum­stances that have led its characters to seek work illegally in Britain. Sahota is a stylistically and emo­tionally nimble writer. His almost too-vivid scenes occasionally provoke warm laughter, but overall the portrayal of the complexity of these im­migrants’ lives is heartrending and calls upon a reader’s empathy.

“My family is from a very rural part of Punjab,” Sahota says when asked about the authenticity of these sections of the novel. “Their farm is still their livelihood. The conversation about immigration of people in this rural world who are desperate to make their way to the West is not a secret, underground thing. People discuss quite openly schemes and methods to make their way across. I speak Punjabi fluently, and I’ve spoken to dozens of people who have been to the UK, the US, Australia or main­land Europe. As far as they’re con­cerned, there’s a world out there with lots of money, and they’d like a share.”

In constructing the capti­vating world of The Year of the Runaways, Sahota deploys a generous dose of Punjabi in the conversation of his characters. “It’s the background orchestra of the novel,” he explains. “This is an insider’s view, so it felt natural to include Punjabi in the book to give a flavor, to show this different world that exists inside England. If a reader doesn’t understand some of it, then ironically it puts the reader in the position of someone coming to England who can’t make much sense of this new world.”

Some laudatory British reviews have called The Year of the Run­aways a political novel, since it explores the human side of what has become a hot-button issue. “I never started off thinking I was going to write a political novel,” Sahota says. “But I don’t have a problem with the term. It is about immigration, but I think that’s neither here nor there in terms of its politics.

“Maybe it’s called political because it concerns itself with ideas of sacrifice and the question of what it means to be good in the world where the line between people who have a lot and people who are desperate is so clear and stark. As someone who grew up in England, it’s an active question in my mind. I’m able to live a com­paratively privileged life because I was born here. That’s luck. Why is it fair that my cousins in India are struggling and living a very difficult, challenging life? What do I and people like Narinda owe to those who are left behind? In that sense, it is a political book.”

Sahota sighs and then says with some frustration, “It’s a strange world we live in when being sym­pathetic is seen as a radical act.” 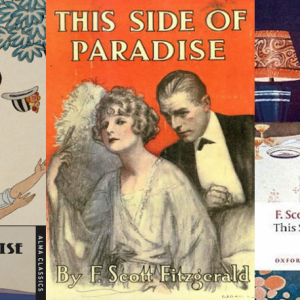 Sofia Samatar on the rich language of fantasy and the 13 words that made her a writer. | Literary Hub Molly Prentiss: from...
© LitHub
Back to top