Straight From the Horse’s Mouth 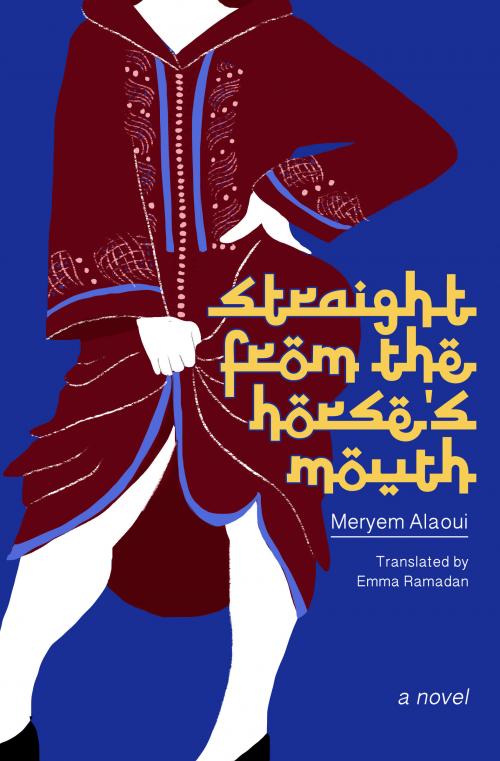 The following is excerpted from Meryem Alaoui's debut novel, Straight From the Horse's Mouth, translated by Emma Ramadan. Alaoui was born and raised in Morocco, where she managed an independent media group that combined publications in French and Arabic. Ramadan is a literary translator based in Providence, Rhode Island, where she co-owns Riffraff bookstore and bar.

Today is the World Cup final. Spain versus the Netherlands. They’re playing right now as I talk to you. To tell the truth, I don’t care about the game at all, but I know it’s on because the street is empty. All the neighborhood men are in the cafés and I haven’t had much work for a Sunday. Their energy is focused on soccer and they don’t have any left for below the belt.

You could hear the wind speak, that’s how quiet it is. Like in the Western films we watched on TV when we were little. The parking lot security guard even abandoned his post and his tea tray on the sidewalk.

For now, no one has scored a goal. Even though I’m not watching the game, I know.

When someone scores a goal, you can’t miss it. When it happens—you don’t know where it comes from, but it’s so loud that you feel it in your chest—you hear Ilyeh!* Ilyeh! And the coffees spill onto the sidewalks and the men jump up and down and embrace.

Usually, when there’s a match, I like to be in the street. I plop myself down on the stairs by the intersection. The men in the cafés watch soccer, and I watch them. To each his own spectacle.

But right now, I don’t feel like it. And I also don’t feel like staying in my bedroom with Halima and her pathetic expression, like she’s always saying look at how miserable and how serious I am. Fuck off!

Sometimes we laugh and have fun, and other times, we have nothing to say and keep quiet.

I’m going to hang out with Hamid. I know he’ll be alone. The match doesn’t air on Al Aoula or on 2M. It’s too expensive, apparently. And I know his friends, faced with the choice between the match and Hamid, won’t give it much thought. The jokes he tells, as good as they are, don’t provide the same thrill as the World Cup final. Some friendship!

Before heading out, I had a few drinks. That moron Hamid only has tea.

From a distance, I see him lying in his wooden shed at the entrance of the garage. The shower curtain that serves as his door hangs by a nail.

Hamid is lying beneath his violet and gray covers, bingeing on TV. A boiling teapot is on the metal tray in front of him.

“You’re not going to fix that table before you burn yourself?” I say to him by way of hello.

The tray is balanced on a small round table with three legs, one of which is held together with wire. “Salaam, will you have some tea?” he answers, pointing to a glass on the shelf next to the screen.

There are several glasses and no two are the same. I take one at random and turn around to grab one of the chairs at the entrance of the shed, the ones his friends sit on when they loaf around in here.

“You know. Nothing special,” I answer, lighting a cigarette.

I don’t offer him a cigarette, but I put the pack on the table. He doesn’t really like cigarettes. He prefers to puff from time to time on the joints of one of his friends, the blond with the blue eyes. He doesn’t like when I smoke inside, but I act like I’ve forgotten. Because I think it’s ridiculous for him to put on airs as if we were sitting in a palace. His shack is open to the winds, he has a shower curtain instead of a door, and I can’t smoke?

The images flick by on the television. The tea has a lot of honey in it, which I like. We don’t speak. It’s often this way with him and that’s how I like it.

Sometimes we laugh and have fun, and other times, we have nothing to say and keep quiet.

“You have good timing,” he says to me without taking his eyes off the screen, “I’ve been meaning to talk to you about something for a while now.”

In the street, a red car passes. It’s silent, like everything around here.

“The other day, a woman who lives here, in the building right on the corner—you won’t know who she is even if I describe her—came to speak to me. She’s small and fat and has curly hair. She’s the owner of the Honda,” he says to me, indicating the blue car parked opposite us.

“I know her. We talk from time to time, the two of us. You know how I am, I like to get to know people. She’s a good lady. Her husband works in fashion. He was on the TV the other day. Anyway, I didn’t really understand what she wants but she has a niece who works for a paper, or for the TV in the Netherlands, and she wanted to know if I knew one of the girls who hangs around the market because she wants to meet one of you.”

“For what?” I ask, turning toward him.

He brings the tea to his mouth and looks straight ahead of him.

“I don’t know. I think it’s for an interview or something like that. I don’t know exactly. But she told me that her niece was willing to pay just for talking.”

“Is it for something in the Netherlands or here?” I ask him.

“I said that I would see, what do you think I said?” he responds, throwing his covers to his feet in a gesture that’s both smooth and taut at the same time—like the tongue of a chameleon—and getting up to go to the bathroom.

Why would that woman want to meet me? If it’s for Moroccan TV, I could guess which show she worked for. I know every show that runs on 2M and on Al Aoula. I never miss a program, not a single one slips through my fingers. If there’s one thing I know about, it’s shows. I’m an expert on all of them. “Since I forgot to talk to you about it, she asked me again yesterday or the day before,” he yelled from the bathroom.

I can tell you who acted in what and when and the name of the first stepmother of the hero in a series. But when it comes to the Netherlands, I have no way of knowing what she wants.

Hamid comes back. He’s standing at the door with half of the beige shower curtain on his head.

He dries his hands on his jeans. I ask him, “What do you think?”

“Is it for a paper or for the television?”

It gives me a headache not knowing what it is she wants.

“I told you that I don’t know anything, but how about this, I’ll ask her and I’ll tell you what it’s all about, okay?” he responds, shoving his hands back in his pockets.

From Straight from the Horse’s Mouth by Meryem Alaoui, translated by Emma Ramadan. Recently published by Other Press.

The newest remix of "Old Town Road" is... a children's book? 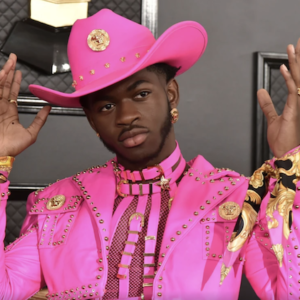 The newest remix of "Old Town Road" is... a children's book? Lil Nas X has been riding off the success of last year's single "Old Town Road" for a while now (a fact he commonly makes...
© LitHub
Back to top