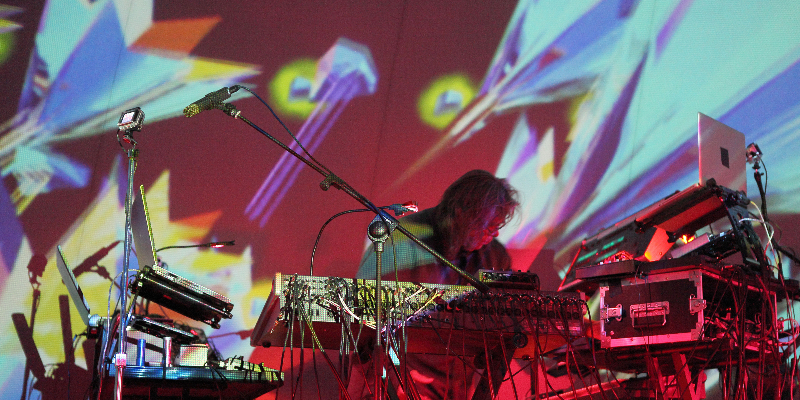 On Episode 117 of The Quarantine Tapes, Paul Holdengräber is joined by musician Steve Roach. Steve talks with Paul about what has and has not changed in his life since the beginning of the pandemic. He describes the view from his desert studio, where he has been working in solitude, a practice that originated long before this moment of quarantine. Steve released his most recent album, A Soul Ascends, in July. He talks about the process of recording and releasing that album and his choice to wait to tell the story behind the piece. Paul and Steve’s fascinating conversation touches on how Steve experiences inspiration, discipline, and the concept of time in his practice.

Steve Roach: That’s a big piece in my motivations, is to continue to map out these places that go beyond being able to explain it to you in an interview; it can only be listened to and experienced. In that sense, it almost completes itself through the ears and the mind and the perception of everyone that hears it. It can sound different to everyone—it will sound different to everyone.

Paul Holdengräber: And at different moments in life, it sounds different.

Steve Roach: Absolutely. With what you bring to it and the influences of your whole biosystem, your whole foundation, what you’re bringing to it through your emotional base. Recently, through this COVID reality, in April, my mom, who was in a Alzheimer’s home, and, you know, ninety years old, but she passed away from what would have been complications of COVID. And she was, you know, definitely close to the edge anyway. But that came through.

That album came out about six weeks ago, and it’s called A Soul Ascends. That was created over seven days of just day and night of wanting to create a piece that, for me, it offered to her after her passing, and however you want to interpret that, but I wanted to create something that would support and accompany her to wherever that’s going to be. And it’s certainly accompanying me where I need to be with her passing. So, all of that was wrapped up in it too.

But when it was released, I didn’t release it as a piece for my mother’s passing. I wanted the piece to go out into the world at this time without the influence of that upon anyone who would hear it for a certain period of time. I figured at a certain moment in time, I would share that other part of what drew this piece forward, because it came out and it received very warm, very positive responses. A lot of the folks who’ve been listening to my music for years could feel something and were like, something’s in here I haven’t heard before. So, that was powerful and validating to have that acknowledgment.

Steve Roach: Giving a gift back to your mother who gave you the gift of life. That is huge. Nothing is more huge than that to me. And she gave me so much.

Eventually, I had an interview with the NPR station in Tucson, and this astute interviewer, a young lady, young Russian lady who really knows my music, was inquiring about how it had this other feeling to it. And so at that point, I shared that story, and then that created a whole new wave of response to that music. I started receiving and reading a lot of feedback from a lot of people who had just recently lost family members, both from COVID and from natural causes and whatnot. It really opened up, and it was a gift for me at that point and a blessing to get that back.

Kathryn Lasky on the Character Perspective That Most
Interests Her 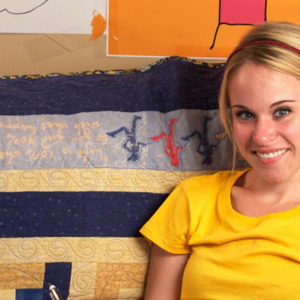 On this episode of The Literary Life, Allie Brosh talks with Mitchell Kaplan about her new book, Solutions and Other Problems,...
© LitHub
Back to top