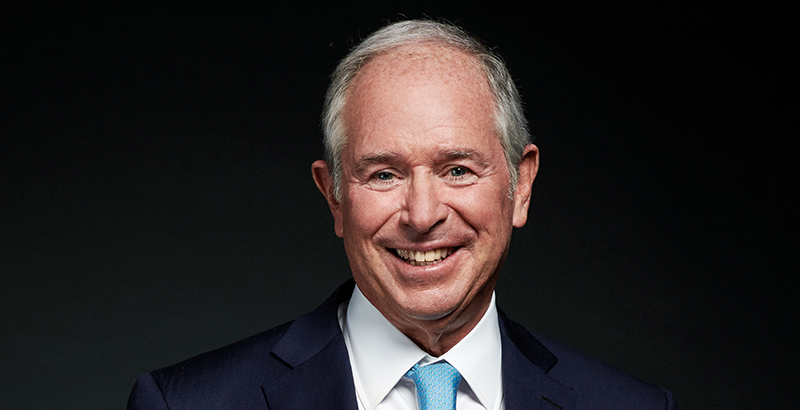 Stephen A. Schwarzman on Being a Nonconformist in Business

Stephen Schwarzman, with his cofounder Pete Peterson, built Blackstone into the largest private equity firm in the world, with over half a trillion dollars under management. Yet at the beginning, that success did not seem inevitable. In 1985, they sent out almost 500 letters to potential investors and received two responses. Two years later, they closed an $800 million fund, and they closed it on the eve on the largest one-day percentage drop in stock market history. Along the way, Steve Schwarzman became one of the sought-after advisors to business, governments, and leaders around the world as well as an incredibly active philanthropists in China, England, and the United States.

In this episode of Just the Right Book with Roxanne Coady, Schwarzman joins Roxanne Coady to discuss his new book, What It Takes: Lessons in the Pursuit of Excellence, out now from Avid Reader Press.

On why being a manager is a learned behavior:

Stephen Schwarzman: Entrepreneurs are born. That desire to keep doing new things and taking risks is pretty innate. But managing, whether it is large enterprises or smaller types of things, that’s a learned behavior.

I learned, even though I was good at a lot of things. When you put me in charge of things, that’s a different skill because you’re dealing with people. People are complicated. Organizations are complicated. You can see exactly how to fix something that isn’t working well. How do you convince people in the organization to change their behavior? How fast can you introduce change to a situation, even though you know where you want to end up? If you introduce change too quickly, you’ll have people quit and you can’t even do what you’re doing.

What I’ve learned in life is that implementation element of things is learned. Nobody is born as a CEO. You just don’t come out like that. … But there is something intuitive about entrepreneurs. People who want to be successful and are wiling to do new things, who take the sort of skepticism of other people and not let it bother them, that’s an innate quality. But running things, and running them well, that’s learned.

On (not) being a conformist:

Roxanne Coady: What made you okay to be the nonconformist to raise your hand, and what made you feel right about going to the dean of Harvard Business School and telling him that the curriculum was wrong and ineffective?

Schwarzman: I never felt that I was a nonconformist … I view it as informing people of things that they should know and that is true. They may not know it because they haven’t been exposed to the same things. When I saw the dean at Harvard Business School, it was because I was a student and he wasn’t. It was a low for Harvard Business School during the Vietnam War,. Business was very unpopular. Kids were going to law schools and medical schools, unlike how business schools have become in demand now. He just didn’t know that the experience in the classroom was really terrible, even for some of the older professors that were terrific. Most of the time you were taught by young people who had two to three years experience, not much older than you. The curriculum wasn’t modern. The quality for the student was so dramatically below what I was used to at Yale and my high school that I was shocked. Administratively, they had so many strange things that were suboptimal.

Coady: But you don’t doubt that doesn’t take a certain confidence?

Schwarzman: Probably not. I do these things because I want things to be better. I don’t have any sense of personal risk, because all I’; trying to do is help someone who is senior to me do their job better. As the user of the service, it’s better for everyone.

Coady: What did you learn from that meeting?

Schwarzman: This was one of the first times in my life where i met someone who didn’t want to improve. … If you go to someone who is in charge of something they want to be better. That’s why they’re in that position. This was the first time that I met someone who dismissed me, and I knew at that point as the result of how he was approaching his job the Harvard Business School was going to go from being the number one school in the country to much lower. That didn’t surprise me, because the things that I was pointing out as a student were real problems. The fact that he didn’t want to address them is that they would be discovered by others along the way.

This episode is sponsored by Amistad Books and the upcoming novel Africaville by Jeffrey Colvin, a stunning debut inspired the true history of a settlement in Halifax, Nova Scotia, whose black population—largely the descendants of slaves from the American South and the Caribbean—carved out a community against the harsh maritime landscape and against bigotry and racism.

Stephen A. Schwarzman is Chairman, CEO and Co-Founder of Blackstone, one of the world’s leading investment firms. Mr. Schwarzman is an active philanthropist with a history of supporting education, culture, and the arts, among other areas. Mr. Schwarzman holds a BA from Yale University and an MBA from Harvard Business School. He lives in New York City with his wife and three dogs.

How does the Nobel Prize affect book sales? (And what if there's controversy?) 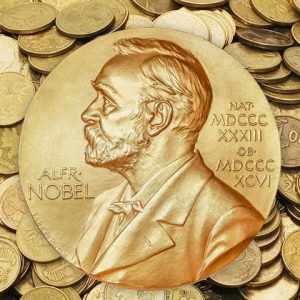 How does the Nobel Prize affect book sales? (And what if there's controversy?)

In the publishing world, it seems like winning the Nobel Prize just isn't what it used to be. A Deutsche Welle interview...
© LitHub
Back to top