Starting Your Own Religion Is Actually Pretty Easy

I’ve been a journalist and a novelist, which may or may not have helped prepare me for the role of prophet, a role I recently undertook when I was confronted with the challenge of creating a religion for my latest work of fiction. Having the most familiarity with Christianity and because much of the heavy lifting had already been done for me, I decided my religion would have a Christian template.

Initially, I felt somewhat intimidated at the prospect of creating a spiritual blueprint for others to follow, which was my first mistake. Confidence, I came to see, as I read about the founders of the world’s religions, is the hallmark of genius, at least, as we understand the meaning of the word today.

I wasn’t entirely unqualified for the task I’d set for myself. As a novelist, I trafficked in inspiration and world creation. On occasion I even found myself empathizing with God, as my characters, creatures of my imagination, began to demonstrate free will and essentially ignore me.

I also had a religious background, minus the religious part—my father was an irreverent Irish Catholic skeptic, a frontline combatant in the Second World War, who possessed an appetite for destruction and a strong faith that existed in fiery opposition to traditional Church teaching and practice. My father’s God was a fighter and a thinker, elegant and brutal, puritanical and larcenous, imagine Brendan Behan on a rare sober outing. Catholicism was under constant siege in our house, even as my parents perversely insisted on us having a parochial education.

Such a contradiction helped me grasp the idea that it’s possible for two opposing things to be true at the same time and not necessarily be symptomatic of hypocrisy—call it an endearingly human dichotomy. You can proclaim atheism, for example, as part of the public identity you’ve selected for yourself, while still nurturing a secret belief in God, just as you can loudly evangelize for Jesus while quietly hoarding clandestine disbelief somewhere in your inner attic.

Growing up, I hated school and I hated being a Catholic, though I was good at both. I attended St. Basil’s School in Brantford, Ontario, Canada. Directly across from St. Basil’s was Victoria School, brimming with pint-sized “Proterstants,” which meant that life on Pearl Street played out like a grade-school version of the early 19th-century fur trade along the upper Missouri River, my friends and I under constant siege from attacking “hostiles,” whose weapons of choice were rocks in spring and fall and ice balls in winter

Catholics, or at least the nuns and priests responsible for my education, were enamored of suffering—in principle anyway. They expressed love and admiration for the martyrs and the saints who daily sought out affliction and woe, sternly encouraging us to do likewise. Suffering in the name of religion was an enforced regular pastime for me: we girls were sentenced to wear dresses and skirts year-round, no immoral nylons, leotards, nor pants permitted—I was well into middle-age before I experienced any feeling in my thighs after years of unprotected exposure to lacerating sub-zero temperatures.

For many years of my childhood, I attended weekly Mass at at a church which was intended to serve the Polish community; this was my father’s contrary Celtic nature at work. Services were rendered in a baffling (to me), blend of Latin and Polish. Not being able to understand a word of what was being said, I spent many uncomfortable hours on my knees, worrying about my father who was going to hell for choosing a Sunday lie-in over his obligation to attend Mass, even though it was hard for me to imagine any place more hellish than Mass.

Over the uncomprehending weeks and years, I began to make a unique association in my head between received wisdom and gibberish. Religion, from my non-Polish speaking perspective, was just so much unintelligible noise in the key of ponderous and yet judging by the expressions on the faces of the adults around me, along with the narcotizing odor of incense, it was somehow deserving of reverence. When I finally did hear a Mass delivered in English, I was stunned to discover the effect was the same. The barrier to my personal understanding was still in place and, in fact, it was even more boring than it had been in a foreign language, which had at least instilled a false if slightly hypnotizing sense of mystery.

It was then I had my first revelation, which has served me in all areas of my life and significantly, helped me to create my own religion: Comprehension is irrelevant. It doesn’t need to make any sense. Nonsense to humans is like nectar to bees.

My regard for the power of nonsense as a tool of persuasion has only deepened since researching those who felt compelled, even driven, to start their own religions. What kind of people were they? For the most part, they were painfully, eccentrically, recognizably human—kind of a shame given their grandiose, otherworldly aspirations. It’s easy to dismiss them as kooks, but in my experience, when it comes to deciding everyone else is nuts, most of us could benefit from spending a little more time with ourselves.

Christian Scientist founder Mary Baker Eddy, when suffering from a spinal injury, for example, claimed that she experienced a miraculous cure while reading a Bible passage. It seems crazy, until you consider the outsized hold apple cider vinegar has on the current culture.

Joseph Smith, Mormon church founder, said he encountered God four times over a number of hours. Each time He appeared, He relayed the same message, “…without the least variation,” which suggests both that to nag is to be divine and that Smith, like much of humanity, has an amazing capacity for repetition.

Mother Ann, one of the founders of The Shakers, considered herself to be the feminine manifestation of Christ. She renounced sex and denounced marriage. Nothing untoward about that—ask any woman who has been married for what seems like an eternity to the same man and you might encounter a similar perspective.

So maybe that is a little bit crazy. Then again, maybe I want to die wearing a toga too.

This was all hopeful stuff. Despite the pretense of orderliness, discipline, and certainty, so much about formalized religion seems rooted in how well its founder’s psychological peculiarities resonate to the likeminded, more a shopping list of oddities than a considered theology.

Who knew that my own incongruities would one day come in so handy? Though I was a little vague on how to apply them—when your darkest secret fear is breaking a lawn chair during a garden party, I mean, how does that work?

Many among those who study such things, suggest that Christianity’s appeal and the keys to its longevity rest in its promises of immortality and community, its socially equalizing tenets, the way it confers dignity on the individual, how it soothes our fear of death and places a pleasing emphasis on love as a universal force for good.

After some serious Googling, I think they may be missing the point by ignoring the joy that human beings derive from the punishing prohibitive and the irrational prescription. Ironically, for something that advocates for goodness, many religions pander to our most wicked impulses—jealousy, envy, superiority—and our love affair with being dumb.

The Golden Rule… yes, yes, by all means… but what about not eating meat on Fridays? When do we get to the part about the sin of dancing beneath the shade of a Monkey Puzzle Tree? Tell me once more why I will go to Hell for petting a newly shorn alpaca on the Sabbath.

On assignment for a magazine, I once attended a service at a church of holy laughter in the mid 1990s, part of what became known as The Toronto Blessing. All around me there was much wild-eyed singing and manic fellowship, which then burst into hysteria, men and women laughing, tears streaming down their cheeks: human water balloons, slain in the spirit, falling into one another’s arms and collapsing on the floor.

And then I noticed all the little kids sitting in the pews, playing with their dinky toys, conferring with their stuffed animals, totally oblivious to the supercharged manifestation of the Holy Spirit that was knocking their parents dead. In the midst of all that charismatic tumult, one little boy and I exchanged a meaningful hungry glance and I knew we were thinking about the same thing: The KFC outlet around the corner.

Working yourself into a foaming frenzy, historically, has possibly received more respect than it deserves, especially in the context of its role as a conduit to God and prophecy. Watching people virtually self-detonate on the spot in paroxysms of ecstatic worship, it seemed to me like sort of an improbable behavior for a deity to embrace. My mind roiled at the other possibility. Could it be God lacked sophistication? Was He not as perfect as we had been led to believe? Was he entertaining Himself at the expense of our dignity? Or was He simply a realist, being pragmatic about the shortcomings of humanity, resigned to this mess of a world He created..

Old Order Mennonites understand what it means to live with belief at the epicenter of daily life. I spent time among them in a rural Ontario community for a magazine piece I was writing. It was an enriching and enlightening experience. They kindly invited me to come to a Sunday service, which lasted so long I feel as if I’ve never left and it is still ongoing somewhere in a parallel universe. It was conducted in a language I didn’t understand in a small wooden chapel in broiling summer temperatures where I was surrounded by families melting under rough layers of pioneer clothing, the steaming church sweating like the inside of a revival tent.

I had arrived there with a friend of mine, the son of a United Church minister. He was driving a turquoise MG with the top down, the two of us rolling into the dirt parking lot, which was full of horses and buggies, girls in bonnets and boys in straw hats. My momentary embarrassment and shame was forgotten as I watched all the little boys swarm the car, unable to contain themselves, giggling and shining, their enthralled babble its own kind of sweet hymn.

Had Jesus Himself chosen that second to appear, He would have discovered firsthand what it feels like to open for Beyonce.

I remembered the tiny subversive I’d encountered in the laughing church.

When it came to creating my own religion, I decided to borrow from the Quakers and wait in silence, simply let go and let God and hope that my Inner Light would shine. It worked.

I heard God’s voice in my head, and yes, He had a Canadian accent, as He confided in me His own secret of creation.

Now that I can do.

Elizabeth Kelly is a journalist, editor and writer, whose novels include Apologize, Apologize! and The Last Summer of the Camperdowns. She has several Canadian National Magazine Awards, and her fiction has been shortlisted for The Rome Prize, the New England Society Book Awards and was runner up for the William Saroyan International Prize for Writing. Her most recent novel is The Miracle on Monhegan Island.

Nico Muhly on the Oddness of Deadlines, and the Power of Opera

Poetry is the Place for Joy: Or How We Praise the Mutilated World 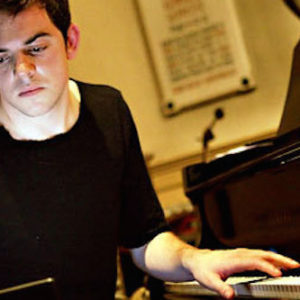 Nico Muhly on the Oddness of Deadlines, and the Power of Opera

Nico Muhly talks with Paul Holdengraber about adapting Hitchcock, being challenged to a duel, and the genius of C.P. Cavafy...
© LitHub
Back to top