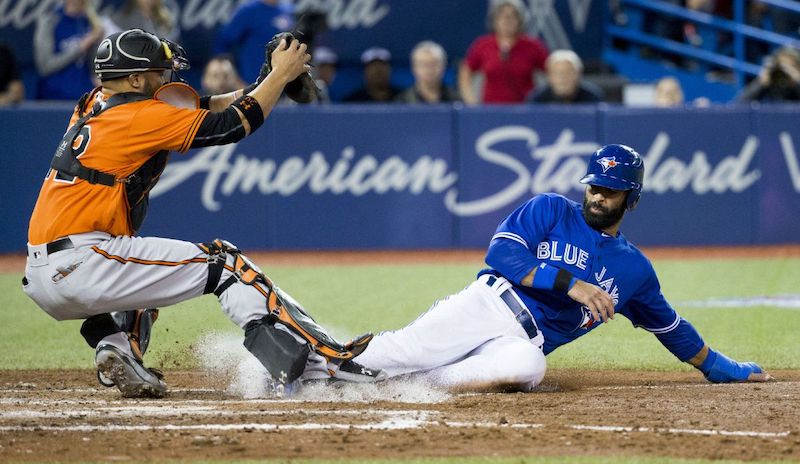 Sports Are Sad: On Winning and Losing (i.e. Living and Dying)

The score is tied at the bottom of the 11th inning in the 2016 Wild Card Game between the Toronto Blue Jays and Baltimore Orioles. Winner goes to the playoffs. I’m dying to get to the playoffs because Jays games are all that’s keeping me going lately, and I’m afraid if the season ends now, I will sink into despair.

There are runners on first and third, with one out, and Edwin Encarnacion is up to bat. He’s my mom’s favorite player. My mom also needs the Jays to get to the playoffs, because she’s halfway through six months of chemo and watches every game.

Right away on the first pitch, Encarnacion hits a fly deep to left field. And it’s going and going. It’s gone, and the bar erupts because we’ve won. We all jump out of our seats and cheer and congratulate ourselves like fools.

I can’t shake the feeling that sports are sad. They’re comprised of moments that explode and then vanish like firecrackers.

Afterwards, we walk home. The mood on Bloor Street is celebratory and I feel good for the first time in months. I’m not accustomed to elation, especially lately. This is a rare moment, I think, even as it’s happening. Even as it’s happening, the moment slips away.

In the second episode of Pretend It’s a City, Spike Lee asks Fran Lebowitz if a great athlete is on par with a great artist.

“On par with a great dancer,” she says, “but not a great writer. Michael Jordan doesn’t leave a permanent record. Do you rewatch old Michael Jordan basketball games?”

“The only reason to watch a Michael Jordan basketball game,” she says, “is to find out what happens. Why would you watch a game if you already know what happens?”

And I wonder about this muddled comparison. Obviously, great athletes do leave a record. Their feats are televised and literally recorded. But that’s not the same as a book, which was created to be permanent. The natural state of a sporting event is to be fleeting. You watch a game in anticipation. You rewatch a game in grief.

And what do you do with a book about a game?

I can’t shake the feeling that sports are sad. They’re comprised of moments that explode and then vanish like firecrackers. Athletes, captured in their victory and prime, get old and die. Hopes are usually dashed. It’s rare to be (or cheer for) the champion; so rare that when it does happen, it feels for a moment like you’re going to live forever.

And then you don’t.

Richard Ford’s The Sportswriter is the story of protagonist, Frank Bascombe, navigating Easter Weekend a few years after the death of his young son and subsequent divorce. He’s a fiction writer-turned-sportswriter. And it’s not like he turned to sportswriting on the side to make some extra money; it was a philosophical shift, a hard turn in preference.

I read the book years ago when my kids were babies. Aside from the fact that I was a parent, there were no practical similarities between my life and Frank’s. But I saw something familiar in the way he inhabited grief, and that troubled me because we’re not supposed to think he’s inhabiting it very well at all. There’s something about the way he pushes forward with conviction and half-hearted optimism, unwilling to linger.

I like to think of myself as comfortable with my emotions. Since I’m a writer, it’s a believable farce. But I’m getting older now and I see it: as soon as something sad happens, I put it in my pocket. I carry it around but don’t think about it. This is a family trait. We laugh about it and don’t change. We talk about the Blue Jays.

Every year on their son’s birthday, Frank and his ex-wife meet at his gravestone. This was Frank’s idea. It’s uncomfortable, he admits, and they likely won’t continue with it. “I don’t know how to mourn and neither does X,” he says. “Neither of us has the vocabulary or temperament for it.”

On this particular year, as an attempt at ritual, he pulls a poem from his pocket and begins to read. After one line, seeing his wife shake her head, he stops. “I thought you’d know it,” he says, and that’s it for the poem. Presumably, he puts it back into his pocket because they move on to small talk, and we don’t hear of it again.

I recognize this disappointed attempt to process a loss. I thought this would help but it didn’t help so I should probably stop trying. I’m not under the illusion that grief always progresses with straightforward ritual. But still, there are those who try and there are those for whom grief is too much trouble to bother with.

“Another thing that sportswriting teaches you,” Frank says, “is that there are no transcendent themes in life. In all cases things are here and then they’re over, and that has to be enough. The other view is a lie of literature and the liberal arts, which is why I did not succeed as a teacher, and another reason I put my novel away in the drawer and haven’t taken it out.”

I’m getting older now and I’m starting to wonder, what kind of people take their book out of the drawer and realize it’s about sports?

So many popular sports movies from my childhood are also about death. In Rocky IV, the only reason Rocky agrees to fight Drago is to avenge the death of his friend, Apollo Creed. In Rudy, the protagonist’s final push to pursue his dream—playing football for Notre Dame—is precipitated by his friend’s death in an explosion. I’d completely forgotten that in Field of Dreams, Kevin Costner’s dead father comes back to life. The film ends with them playing catch, which is a nice idea, but I wonder what happens afterwards. Or more importantly, what happened before? Was his father in heaven? Was he in hell? Was he nothing?

The exhilaration at the end of Rocky IV is almost too much to bear. He attains vengeance so thoroughly that you forget, for a moment, that his friend is still gone. Death trails the main plot and sits quietly in the corner. It doesn’t force you to look at it. Fix your attention on the action, instead; the unapologetic melodrama. Cross your fingers for the playoffs. Cross your fingers for Rudy. Wait for the victorious end. Later, you’ll vaguely remember that death was there. But it was the unimposing kind. It was cheering you on. It just wanted you to feel something.

It’s October, 1993 and my extended family is gathered around the television at my grandfather’s cottage. We’re watching game six of the World Series, Toronto versus Philadelphia. It’s Thanksgiving, and we’ve come back from a walk in the forest followed by pumpkin pie for dessert. Now it’s the bottom of the ninth and 6-5 for the Phillies with runners on first and second. Joe Carter comes up to bat.

“No,” my dad says, many years later, when I’m recounting this scene. “It wasn’t Thanksgiving.”

“Then why were we all at the cottage?”

Thanksgiving was the only time my extended family would cram into my grandfather’s little cottage. Over the summer, we spaced out our visits.

“We weren’t even at the cottage,” he says. “I don’t remember that at all.”

“But I remember it clearly.”

I say this with so much conviction that my dad begins to doubt himself. I begin to doubt myself as well. I look it up and find that Thanksgiving did not, in fact, occur on the same day as game six of the 1993 World Series. Thanksgiving fell on October 11th that year and the Jays game happened almost two weeks later on the 23rd. So, it turns out I wasn’t at the cottage with my extended family during the game. I probably didn’t watch it with them at all. But no alternative memory comes to me.

But this is not a story about death or personal tragedies.

This is a story about baseball, and Joe Carter has just come up to bat. He swings at the first pitch and one of my aunties gives a little yelp. My cousin laughs. Some of the little ones are already in their pajamas, allowed to stay up late. It’s a big deal because the Blue Jays won last year, when I was ten, and I’m very aware of how special it is to win two years in a row. I have come to believe that Canada is synonymous with baseball, not hockey, and I will carry this belief into adulthood, even though it’s not true.

Carter swings and hits a drive deep to left field. Everyone stops breathing. The ball is going and going. There is a moment of disbelief and anticipation and then the ball is over the fence and everyone starts screaming and jumping. Joe Carter is screaming and jumping. He can hardly run the bases because he’s too busy jumping. It’s the biggest display of elation I’ve ever witnessed. The Blue Jays charge the field, waiting for him to run home so they can pile on top of him.

My healthy, young family is on their feet. We are cheering and congratulating ourselves like fools.

Then the announcer, Tom Cheek, says something; a phrase that will become Toronto baseball lore. It’s dramatic, but that’s the way sports are so we don’t mind. In fact, we love it. “Touch ‘em all, Joe,” he says, and as soon as he says it, we know what it means. This is a moment. This is life everlasting. Hurry up and feel. It’s slipping away. 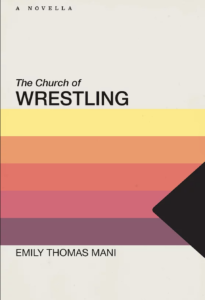 The Church of Wrestling by Emily Thomas Mani is available now from Split/Lip Press.

Emily Thomas Mani's stories have previously appeared in Barren and Big Fiction Magazine. Her novella, The Church of Wrestling, is being published from Split/Lip Press in June 2021. She lives in Toronto, Canada with her family. 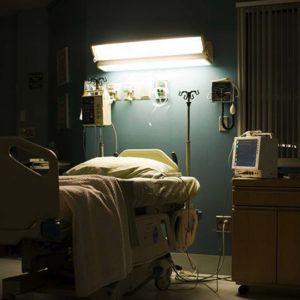 We are taught that medicine is the art of solving our body’s mysteries. And we expect medicine, as a science, to uphold...
© LitHub
Back to top
Loading Comments...