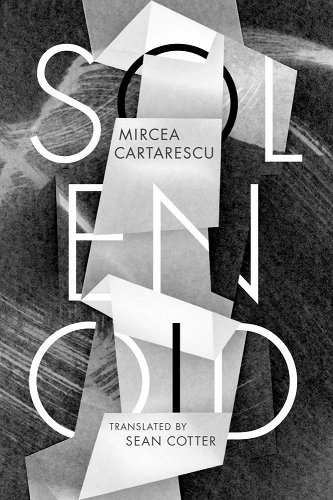 The following is from Mircea Cărtărescu's Solenoid. Cărtărescu is a writer, professor, and journalist who has published more than twenty-five books. His work has received the Formentor Prize (2018), the Thomas Mann Prize (2018), the Austrian State Prize for Literature (2015), and the Vilenica Prize (2011), among many others. His work has been translated in twenty-three languages. His novel Blinding was published by Archipelago in Sean Cotter's English translation.

I have lice, again. It doesn’t surprise me anymore, doesn’t disgust me. It just itches. I find nits constantly, I pull them off in the bathroom when I comb my hair: little, ivory eggs, glistening darkly against the porcelain around the faucet. The comb collects bunches of them, I scrub it with the worn-out bristles of an old toothbrush. I can’t avoid lice—I teach at a school on the edge of town. Half the kids there have lice, the nurse finds them at the start of the year, during her check-up, when she goes through the kids’ hair with the expert motions of a chimpanzee—except she doesn’t crush the lice between her teeth, stained with the chitin of previously captured insects. Instead, she recommends the parents apply a cloudy liquid that smells like lye, the same one the teachers use. Within a few days, the entire school reeks of the anti-lice solution.

It’s not that bad, at least we don’t have bedbugs, we haven’t had those in a while. I remember them, I saw them with my own eyes when I was about three, in the little house on Floreasca where we lived in ’59–60. My father would hoist up the mattress to show them to me. They were little black seeds, hard and shiny like blackberries, or those beads on ivy that I knew I shouldn’t put in my mouth. But the tiny berries between the mattress and the bedframe scattered into the dark corners, they looked so panicked that it made me laugh. I could hardly wait for my dad to lift the heavy mattress up (when he changed the sheets), so I could see the chubby little bugs. I would laugh with such delight that my mother, who kept my curly hair long, would scoop me up and spit on me, so I wouldn’t catch the evil eye. Dad would get out the pump and give them a foul-smelling lindane bath, slaughtering them where they hid in the wooden joints. I liked the smell of the wood bed, the pine that still smelled of sap, I even liked the smell of lindane. Then my father would drop the mattress back in place, and my mother would bring the sheets. When she spread them over the bed, they puffed up like a huge donut, and I loved to throw myself on top. Then I would wait for the sheet to slowly settle on top of me, to mold itself around my little body, but not every part, the sheet also drew a series of complicated folds and pleats. The rooms in that house seemed as big as market halls, and two enormous people wandered around, who for some reason took care of me: my mother and father.

But I don’t remember the bites. My mother said they made little red circles on your skin, with a white dot in the middle. And that they burned more than itched. That may be, all I know is that I get lice from the kids when I lean over their notebooks; it’s an occupational hazard. I have worn my hair long ever since I tried to become a writer. That’s all that’s left of that career, just the hair. And the turtlenecks, like those on the first writer I ever saw, the one who is still my glorious and unattainable image of the writer: the one from Breakfast at Tiffany’s. My hair always hangs down onto the girls’ puffy, lice-filled hair. Along these semitransparent cables of horn, the insects climb. Their claws have the same curvature as the strands of hair, and they attach to it perfectly. Then they crawl onto the scalp, dropping excrement and eggs. They bite the skin that has never seen the sun, the immaculate, parchment white: this is their food. When the itching becomes unbearable, I turn on the hot water and prepare to exterminate them.

I like how the water resounds in the bathtub, that reckless churning, that spiral of billions of twisting jets and streams, the roaring vertical fountain inside the green gelatin of infinitesimally rising water, conquering the sides of the tub with checked swells and sudden invasions, as though countless transparent ants were swarming in the Amazon jungle. I turn off the faucet and there is quiet, the ants melt into each other and the soft, jelly sapphire lies silent, it looks at me like a limpid eye and waits. Naked, I slide into the water. I put my head under right away, feeling the walls of water rise symmetrically over my cheeks and forehead. The water grasps me, it presses heavily all around me, it makes me float in its midst. I am the seeds of a fruit with green-blue flesh. My hair spreads toward the sides of the bathtub, like a black bird opening its wings. The strands repel each other, each one is independent, each suddenly wet strand floats among the others without touching, like the tentacles of a sea lily. I pull my head from one side to the other so I can feel them resist; they spread through the dense water, they become heavy, strangely heavy. It is hard to pull them from their water alveoli. The lice cling to the thick trunks, they become one with them. Their inhuman faces show a kind of bewilderment. Their carcasses are made of the same substance as the hair. They become wet in the hot water, but they do not dissolve. Their symmetrical respiratory tubes, along the edges of their undulating abdomens, are completely shut, like the closed nostrils of sea lions. I float in the bathtub passively, distended like an anatomical specimen, the skin on my fingertips bulges and wrinkles. I am soft, as though covered in transparent chitin. My hands, left to their own will, float on the surface. My sex rises vaguely, like a piece of cork. It seems strange that I have a body, that I am in a body.

As with the lice, I am not that surprised when my soapy fingers come to my navel. This has been happening for a few years. Of course I was scared when it started, because I had heard that sometimes your navel could burst. But I had never worried about mine, my navel was just a dent where my stomach “stuck to my spine,” as my mother would say. At the bottom of this hollow there was something unpleasant to the touch, but that never worried me. My navel was no more than the indentation on top of an apple, where the stem comes out. We all grew like fruits from a petiole crossed with veins and arteries. But starting a few months ago, whenever I poked my finger into this accident of my body, to clean it out, I felt something unusual, something that shouldn’t have been there: a kind of protuberance scraping against my fingertip, something inorganic, not part of my body. It lay within the pale knot of flesh, like an eye between two lids. Now I looked more closely, under the water, pulling the edges of the crevasse apart with my fingers. I couldn’t see well enough, so I got out of the tub, and the lens of water ran slowly out of my navel. Good lord, I smiled at myself, here I am, contemplating my navel. . . . Yes, there was the pale knot, sticking out a little more than usual, because as you approach thirty the stomach muscles start to sag. A scab the size of a child’s fingernail, in one of the knot’s volutes, turned out to be some dirt. But on the other side, a stiff and painful black-green stump stuck out, the thing my fingertip had felt. I couldn’t imagine what it could be. I tried to catch it with my fingernail, but when I did, I felt a twinge that frightened me: it might be a wart that I shouldn’t pick at. I tried to forget about it, to leave it where it had grown. Over the course of our lives, we excrete enough moles, warts, dead bones and other refuse, things we carry around patiently, not to mention how our hair, nails, and teeth fall out: pieces of ourselves stop belonging to us and take on another life, all their own. Even now I have, thanks to my mother, an empty Tic-Tac box with all my baby teeth, and also thanks to her I have my braids from when I was three. Photographs on cracked enamel, with little serrations along the edges like a postage stamp, are similar testimonies: our body really was once in-between the sun and the camera lens, and it left a shadow on the film, no different than the one the moon, during an eclipse, leaves across the solar disk.

Why American Teachers’ Unions Are So Powerful 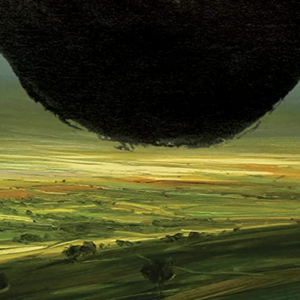 16 new releases to support your out-of-control book-buying habit. Nothing like new releases to see you through the work week. Maybe the cure for burnout isn't buying more books—an act which...
© LitHub
Back to top