So, Is There Still Sex in the City? Candace Bushnell on a Life in Observation

This week on The Literary Life with Mitchell Kaplan sits down with Candace Bushnell, author of Is There Still Sex in the City?.

Mitchell Kaplan: This brings me to Sex and the City and what you’ve done with all of your books. You’ve been compared to such remarkable writers as Jane Austen, Edith Wharton, Dorothy Parker. They’re all known as keen social observers of life. How do you gather those observations? Do you think its you and your past and the way you were brought up that allows you to be so empathetic in the way that you gather those observations?

Candace Bushnell: That’s really nice to say, because I don’t think that I’m that empathetic in gathering observations. I’m guessing that I’m probably not, but I always loved the social novel, the society novel. I’m fascinated by human beings. It always seems that writing about society people is the best people to write about because they’re insulated by success and money. They’re really an example of human systems and human interactions and how we organize ourselves and status. All kinds of things that I find fascinating. That’s always been my interest. It started as a kid observing other kids.

Mitchell: Where did you go up?

Bushnell: In a town called Glastonbury in Connecticut. It was on the Connecticut River, with lots of farmlands. There were some families there that have been there for three hundred years. The past was like yesterday for me, because I was in this place that people had been there for so long.

Mitchell: Was New York the shining city for you?

Bushnell: Oh yes. As a kid, I always thought that I would go to New York. I was always observing people.

The Author Who Didn't Care to Be Remembered 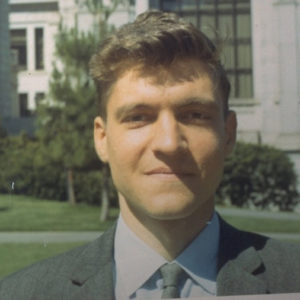 In 1978, a package left outside the Science and Engineering Building at the University of Illinois in Chicago was redirected...
© LitHub
Back to top