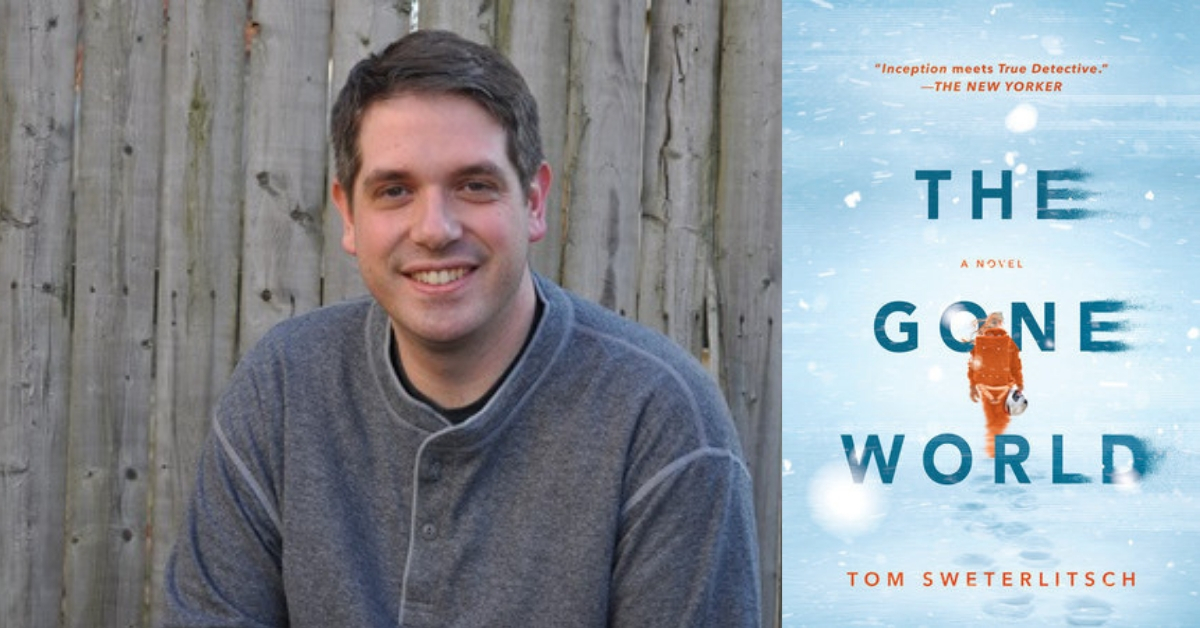 This week on New Books in Science Fiction, Rob Wolf is joined by Tom Sweterlitsch to discuss his novel The Gone World (G.P. Putnam, 2018). The novel tells the story of Navy investigator Shannon Moss, who travels to the future to solve present-day crimes.

The book opens with Moss investigating a brutal murder and searching for a missing girl, and it maintains the pace of a chilling page-turner. But Sweterlitsch’s second novel is also an exploration of consciousness, identity, and reality.

While Moss can jump forward in time, any future she visits is only a possibility, one of an infinite number of options. That means the clues she collects aren’t hard-and-fast truths; at best, they are hints that may (or may not) allow her to solve a crime. Such futures are referred to as “Inadmissible Future Trajectories,” since the evidence they generate can’t be used to prosecute a case. Sweterlitsch introduces a host of fascinating concepts, such as “echoes”—duplicates brought from Inadmissible Future Trajectories who already exist in the present. “Thin spaces” are dangerous places where slivers of different times and places intersect, and “lensing” is the idea that a future trajectory is always warped by a time traveler’s psyche, much as dreams are shaped by the unconscious.

Rob Wolf: Let’s start with the hero of your story, Shannon Moss. Tell us about her.

Tom Sweterlitsch: When the novel begins, she is a Naval Criminal Investigative Service special agent, part of a secret group of agents who are able to use time travel technology to go forward into the future—one of many possible futures—in order to investigate cases they’re stuck on in the present.

My brother-in-law is an active NCIS special agent. So years and years before I’d started writing, I asked him, “I’ve been thinking a lot about time travel. How would that affect your job?” His answer was interesting and eventually became the seed of the book, which was that a lot of his investigations are essentially solved when a victim or someone who knows a criminal basically tells the investigators what happened and why.

But if people don’t talk, the investigation becomes very difficult and sometimes impossible to solve. And so he was just musing that if he could go forward in time he could talk to a lot of the witnesses after the emotions had cooled, and they might be more willing to talk and then he could come back to the present with that information and try to find out the truth of the matter.

RW: Shannon is investigating a murder and searching for a missing girl, but she brings to this investigation a very unique experience—a trauma as a teenager, which haunts her.

TS: When she was a teenager, she had a very close friend named Courtney Gimm who was murdered. It turns out that that the murder she’s investigating has taken place in Courtney’s childhood home so Shannon is both reliving her past as well as launching into the investigation that’s happening in the present. For Shannon, it’s just this terrible and harrowing coincidence, but that’s one of the first instances of strange things that time does in the book. It sort of loops back on itself quite a bit.

RW: There is a notion—and the characters hold firmly to this idea—that there is something called “terra firma,” the idea that there is this one true time, the present, from which the time travelers depart. They may visit an alternate, potential future but when they come back, they’re in a place that is completely real and that’s their belief.

TS: That is their belief, yes. That’s what their entire time-travel program is based off of, that terra firma itself is real, but especially as we get toward the second half of the book, that notion starts to slip away, revealing, I think, a different shape of a universe than what the characters have been interpreting for most of their lives.

I really tried to play with the notion of what do we believe, why do we believe it, and how confident are we that those beliefs are true? And that was a very early idea that came, because I was reading Dante’s Inferno, and in it, the punishment for the heretics is that they can see far off into the future but can’t see the present. And that was just this perfect literary precedent of what I was hoping to write about in this novel in terms of the mechanism of time travel, but it also put the idea of heresy and belief into the book.

RW: Neill Blomkamp, who directed District 9 and Elysium, signed on in 2015 to direct the movie version of The Gone World. Have things been moving forward, and are you playing a role in script development?

TS: We met each other and really hit it off. He’s a super cool guy. And I’ve been involved, at one point officially, but sort of just like doing a lot of talking about the concepts of the book and the plot and what can be cut from the book and still have the plot make sense. He has a screenplay that he loves. So you never know what will happen with the big studios, or if a movie will actually happen or not, but it’s been really exciting to get to know him, and I’m curious to see what will happen.

RW: What does it feel like seeing your book, which has a lot of complex ideas, essentially pared down to make it a movie, which is, of course, a different art form? And how do you even go about making those suggestions to pare down this work you’ve devoted so much time and thought to?

TS: There’s a couple ways I approach it. First of all, exactly what you said, that movies and books are different art forms, and I’m big believer in that. I realize that there are always differences between the movie adaptations and the books. And you think a lot of times about Stephen King and The Shining and how Stanley Kubrick made his film and Stephen King famously doesn’t like the Kubrick version, but for me, being a fan of both, it’s fascinating to see what changes and decisions were made in terms of Kubrick making his film, or Stephen King writing his novel.

I’m a huge fan of Neill Blomkamp, I’m dying to know what he’d do with this book. So that was just exciting to watch from a creative standpoint. Neill’s movies are very thought-provoking science fiction films. So at no point was he ever interested in trying to dumb down the book or cut out ideas for the sake of an action scene or something like that. Rather than a process of watching someone take ideas out, it became a fascinating process of how can we keep everything in.

When I sit down to write a book, I try to make it cinematic. I don’t try to write it like a screenplay, that’s not what I’m saying, but I can’t write a scene unless I myself can envision how it would play out as a movie, so I think there are a lot of scenes in the book that can almost be directly translated to a film. But to film The Gone World scene by scene, it would have to be a 10-hour movie so that’s been the interesting thing, deciding what characters collapse into each other, what scenes collapse into each other.

Nathan Bierma talks to Peter Hopsicker and Mark Dyreson, authors of A Half Century of Superbowls: National and Global Perspectives on America’s Grandest Spectacle (Routledge, 2018)
*
Dave O’Brien talks to Sam Friedman and Daniel Laurison, authors of The Class Ceiling: Why It Pays to Be Privileged (Policy Press, 2019)
*
Aaron Weinacht talks to David L. Hoffman about The Stalinist Era (Cambridge University Press, 2018) 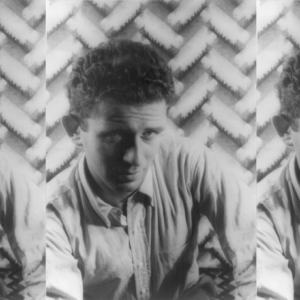 The Lit Hub staff’s favorite stories of the month, from Mary Oliver to W.B. Yeats to giddiness in art. | Lit Hub ...
© LitHub
Back to top
Loading Comments...