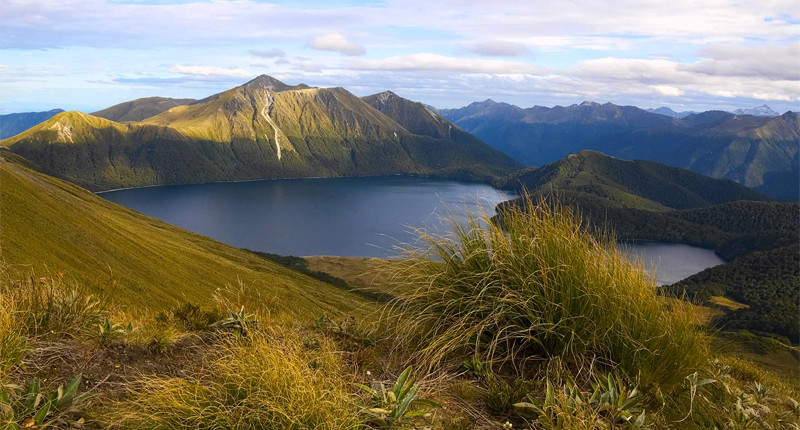 Over the last 50 years, contemporary Pacific Islander poets have crated a vibrant and diverse range of poetry, fiction, and nonfiction. Even though this literature has circulated within and beyond the Pacific, it still remains marginalized in studies of global literature.

This folio of poetry presents a modest sampling of five poets who have genealogical roots in Samoan, Maori, Chamoru, and Tuvaluan heritages. Several of them currently reside in Hawaiʻi and Aotearoa/New Zealand, while one lives in California. Even though the themes the poets address—including identity, family, home, and culture—are prevalent in Pacific literature, each writer approaches these topics with their own unique style and voice.

I hope you will enjoy this collection and seek out the work of these writers both online and in print.

William Alfred Nu’utupu Giles is a Samoan-American poet from Honolulu, Hawaii. He is a Kundiman Fellow who studied with the First Wave program at the University of Wisconsin, Madison. Will works as the Workshop Coordinator for Pacific Tongues on Oahu, is a Brave New Voices International Poetry Slam Champion, and is the 2015 National Underground Poetry Slam Champion.

as some of the tallest trees in the world
redwoods can grow to over 350 feet above the earth
yet their roots, on average only travel 10 feet into it
in isolation, it should be physically impossible for them to stand

however, these enormous trees do not grow in isolation
their roots, each only a single inch thick
wraps around the roots of it’s neighbors
a stubborn foundation of brown fingers
clasps an underground stand
and grows

that the branches of a tree may spread no wider than it’s roots
but when parent countries
are just another word for poverty
when you are made to choose
between putting your children in culture or clothing
which blood would you want?

in Polynesia,
we have always learned from the earth around us
so now I do not lament my lack of roots
instead, I grow them myself

every day, I am the blood I want
every day, I look around
hold on tight to those I love
and I grow

Tusiata Avia has published two books of poetry, Wild Dogs Under My Skirt and Bloodclot and two children’s books. Known for her dynamic performance style she has also written and performed a one-woman show, also called Wild Dogs Under My Skirt. Tusiata has held a number of writers’ residencies and is regularly published in international literary journals and invited to appear at writers’ festivals around the globe.

to classrooms full, divided them into four
pointed to one quarter and said:
All you people have been sexually abused

to get the message across.
And then listened to them unbutton their stories
shame and anger lighting them up like brilliant torches

firing the night inside them
the blackness all around
a thousand bright bombs falling from the sky.

back up through you like a worm
as big as an earthquake
and disappear again.

and a sign pinned to her small chest:
‘Believe Survivors’
even now, as you stand here in the Square

because it was 25 years ago
and you did kind of like him
even though he was a bit of a Fob.

because it was the Samoan Students’ Association so’otaga
and you were the president the year before
the first woman, the first New Zealand-born, the first afa kasi

it made you feel helpful
and kind and involved
and you did kind of like him.

and kind of hoping something would happen
in the same way you would hold a tiny, fragile creature
in your loosely caged hands

ease it gently from you
so as not to hurt it
and maybe he’d even offer something back.

you let him kiss you
on the floor
before it turned

and you saying:
No, stop it!
Because he’d stopped kissing you now

and even though he was shorter than you
he was a hell of a lot stronger than you could’ve imagined
and was prying you apart.

because when you realised what was happening
you knew you didn’t want that
and you told him: I don’t want this. Stop!

But the thing is

and you swore at him:
Fucking get off me!
I don’t want this

when he rolled off you and said:
It’s no big deal.
That’s all he said.

now, in the Square
if you could’ve fought harder
or not slept in the lounge

or not let him kiss you
or not kind of liked him
or not hoped he might like you too.

that the next morning
when you got to your mother’s place
you looked at yourself in the hall mirror and thought:

I’ve just been raped.
And then you had a shower
and changed into your church clothes

and went to the church service with everyone else
and he was there.
And when you returned to teachers’ college in Auckland
you couldn’t function
you kept seeing him in the cafeteria
and everywhere

and talked about it
she said: Have you heard yourself?
You keep saying:

So, today
twenty-five years later
as you watch this young woman

you wonder again
whether it was rape
and whether it might have been your fault.

Serena Ngaio Simmons is an accomplished spoken word artist of Maori and European descent born and raised on Oahu. Serena has attended and competed in the Brave New Voices international spoken word competition in 2011 and 2012. Serena is currently pursuing her Bachelors in English at the University of Hawaii at Manoa.

The first time I fell in love,
I was on a beach in Aotearoa
staring at rock faces spread out like a sun dial
in front of me.

It was a Sunday afternoon in June
flakes of pipi shell smiling face up through the sand
the ocean,
tossing bits of salt at my neck
my friend,
like maroro in the frigid shore breaks

All I could see was the cliffs
those moss shouldered giants
nga kaitiaki strong in their posts,
clever anglers, my land,
fishing half of my heart out while I gawked
mouth agape at all that prowess,
they hooked a slice out of me
when I wasn’t paying attention,
heaved it in
kept it for themselves.

Feet buried in clay shaded coast,
I made sure to stain my teeth
with every bit of it, lodge the sand
further into my nails,
swallow the saltwater as it dripped from my bangs,
keep whatever I could without taking, if only
I didn’t have to leave.

I wouldn’t have been so selfish during my visit,
forgive me,
this is love
and I don’t know what I’m doing.

It has taken me eight years
to find home,
eleven days to learn just how real
love can be, how much
howling a heart is capable of
when it is missing roots, the hours spent
counting the days until I have to climb back on that plane
my chest
is a halved quarry I have been trying to make rich again.

I am finding it harder every day to breathe through a fraction
this must be
what all my friends were talking about
what Neruda was saying when he wrote,

Aotearoa, you’ve baked a chimney
into my throat, filled it with drift
there is a fire crackling
behind my teeth and I am too afraid
to show it to anyone lest they try to suffocate it
conversations are brief and always end smelling like
fresh smoke, it is getting harder
to find people who understand this

Courtney Sina Meredith was born in 1986, she launched her first book of poetry Brown Girls in Bright Read Lipstick (Beatnik Publishing) at the Frankfurt Bookfair in 2012, her play “Rushing Dolls” (Playmarket) was anthologised later that year. She was the Bleibtreu Berlin writer in residence 2011, and in 2014 she was invited to the House of Lords by the BBC to discuss the cultural future of Britain. Her poems have appeared most recently within Atelier (Italy), I Sit Like a Garbage God (Brussels) and Best Essential New Zealand Poems: Facing the Empty Page (NZ).

SHADOW ON THE HEART

We’re in a hospital
going around touch the ground
no patients staff sit everywhere
alike tables amounting to steam.

A.  she hasn’t lived our life
so she just doesn’t understand.
B.  different chambers of course, septum
the dividing wall is what she’s like.
C.  why care?

Thank you for waiting
sorry about the wait
sorry about that. Our fault
old computers bad habits.
They got held up this morning
a peculiar case a sweetheart.

Is that a species known to be friendly? Tiger goldfish
eat plastic soldiers. New women come to relieve
those and their friends gently ushered away.

Where do they take the receiving chambers
for a walk on the beach for a day in the sun
for a break from the blood flowing through.

Clarissa Mendiola is a Chamoru woman who was raised in California. Through segmented essays and poetry, her work explores ideas of cultural identity and ethnic purity via memory, myth, oral and written history, and the ways in which all of these things work toward or against the overarching question–what does it mean to be Chamoru? Her lineage includes the Santos family of Talofofo (Familian Manok) the Mendiola family of Barrigada. She has an MFA in Writing from California College of Arts and currently lives in San Francisco where she thinks, writes, and dreams about Guahan.

Dr Selina Tusitala Marsh is an Auckland-based Pacific poet and scholar of Samoan, Tuvaluan, English, Scottish and French descent. She is the author of two collections of poetry, Fast Talking PI (2010) and Dark Sparring (2014). She is a professor of Pacific literature at the University of Aukland, New Zealand. 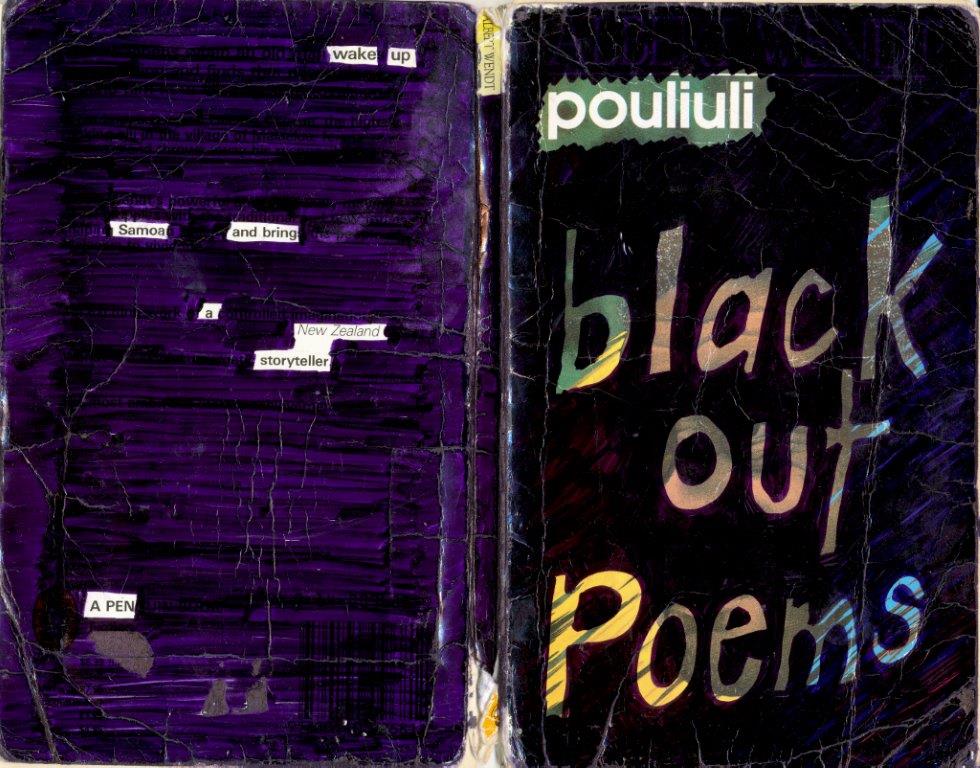 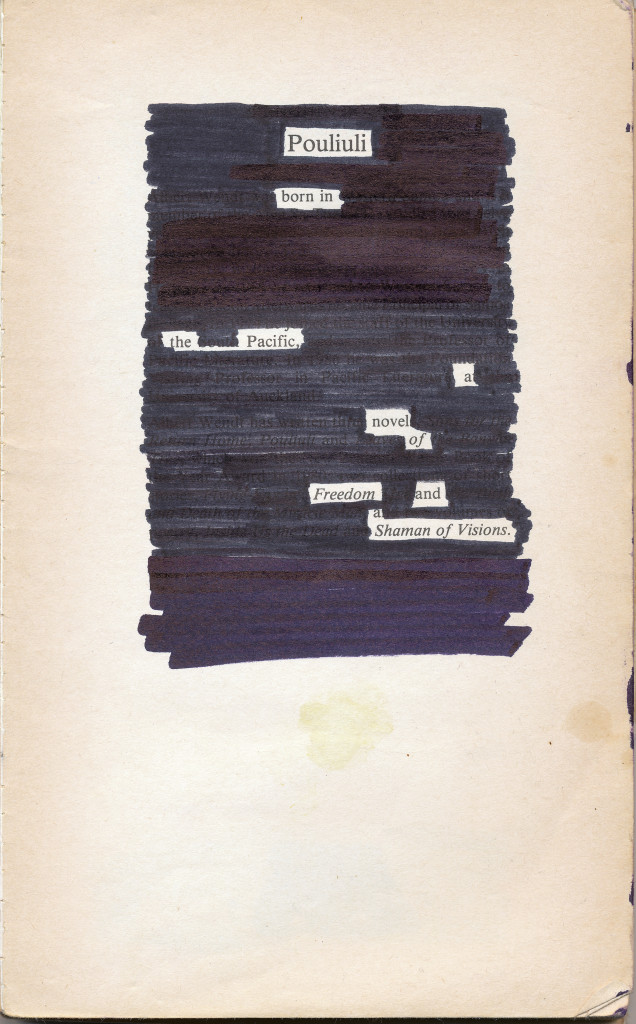 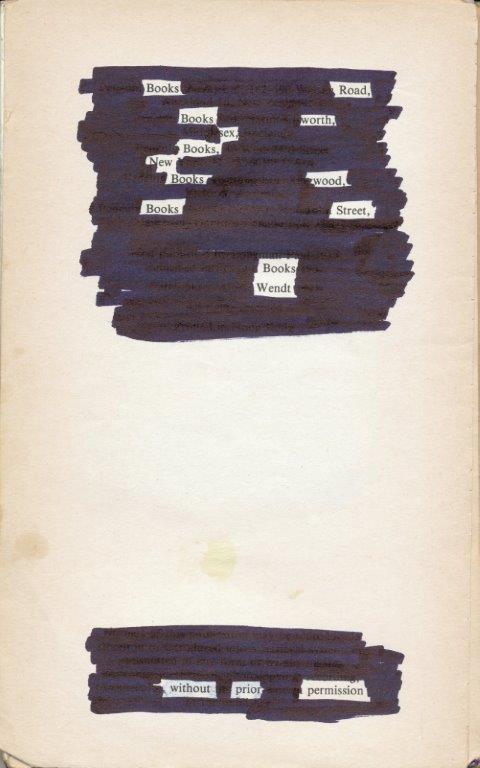 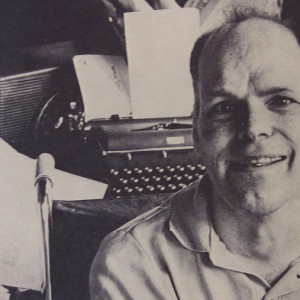 Subliming the Sublime: Charles Bernstein on Larry Eigner The following is excerpted from Charles Bernstein's Pitch of Poetry (University of Chicago Press, 2016). It is the foreword...
© LitHub
Back to top
Loading Comments...