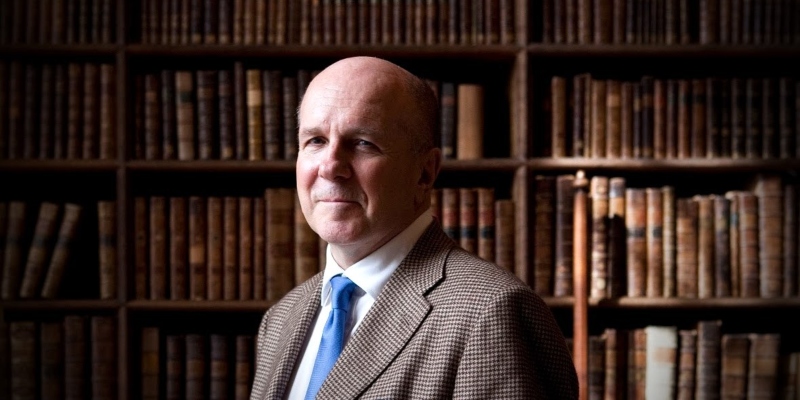 In this week’s episode, Simon Winchester, acclaimed author of The Professor and the Madman, shares life and death stories of land and sea with podcast co-hosts Eve and Julie. Hear how the Netherlands expanded its territory through thievery or loss of life; how a single line drawn by a fountain pen cost the lives of 2 million citizens of India and Pakistan; and how, exactly, Simon managed to survive an expedition-turned-rescue-mission on an uncharted section of the East Greenland ice cap.

Simon: So we got to the foot of a glacier, roped ourselves up, pushed our way off, and climbed up the glacier. And it took about a week, and then we got out of the Greenland ice cap, where there were these huge mountains called nunataks. … And the idea was that we were going to drill samples to find out a crucial question about whether or not Greenland had moved since the basalt, which is a volcanic rock, was laid down about 30 million years before.So we drilled these samples out. Armed with all of these samples, after about two months up on the ice cap—so we’ve eaten all our food, we’ve replaced the food with the rock samples—we sled down …

And we looked with horror at the fjord, the 30-mile wide fjord, but it was covered with ice, which had blown in from the ocean during the summer. And it made it impossible for the Inuits to come and pick us up. So we were stranded there. And we had no food, or very little food. We had Weetabix and margarine and that was it. And so I had to shoot—this is, uh, an admission, but I’m happy to confess because I was a fairly good shot—a polar bear to eat.

Simon: I know. I hear your gasps of incredulity. So I shot the polar bear. We ate it. It was a very old bear. And one of the disagreeable things about it was—and you mustn’t, if you’re ever in a similar position, ever eat a polar bear’s, um, liver, because it is so filled with vitamin A that you will die. But we knew that and we didn’t.

Simon Winchester is the New York Times best-selling author of The Professor and the Madman. His recent titles include Atlantic and The Men Who United the States. His most recent book is Land: How the Hunger for Ownership Shaped the Modern World. Winchester was awarded an Order of the British Empire (OBE) for his services to journalism and literature. 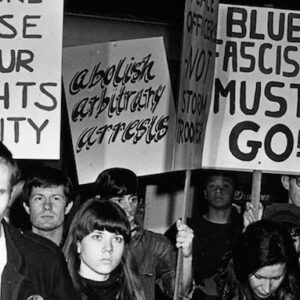 The crime: kissing at midnight on New Year’s Eve, 1967; fourteen men arrested by the LAPD vice squad. The place: the Black...
© LitHub
Back to top