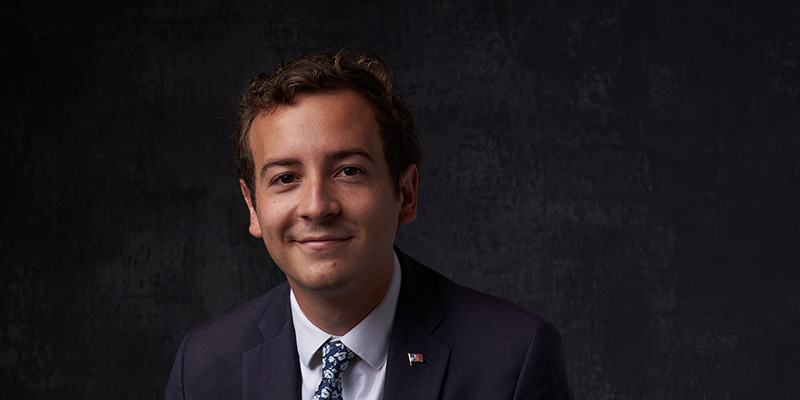 Senator Will Haskell on Why We Should Feel Optimistic About Politics

In this episode of Just the Right Book with Roxanne Coady, Senator Will Haskell joins Roxanne Coady to discuss his first book, 100,000 First Bosses: My Unlikely Path as a 22-Year-Old Lawmaker, out now from Avid Reader Press.

Will Haskell: I came of age during the Obama era and progress felt inevitable. We often disagreed about the pace of that progress but it felt like our country was moving in the right direction.

I realized that I couldn’t just sit back and wait to get involved in politics one day, this is urgent, I’ve got to do something now! I wanted to get involved at the state and local level.

It’s a good exercise for every incumbent’s feet to be held to the fire.

I talk a lot in this book about how our campaign was driven by young people, how we had interns who were 15 and 16 and 17 years old.

[People] who believed that the long overdue promise from President Kennedy that the torch be passed to the next generation…And the notion that young people should have a seat at the table where decisions are being made because…policy makers sit around every day and decide what the next 20, 50, 100 years of American life will look like.

A lot of this book is about knocking on doors because that is how I spent my time in the campaign…it’s a great way to learn about the district and the people that you’re hoping to represent.

I realized that some people are voting for me because they agree with me and my message. But also, there are a lot of folks who simply give men the benefit of the doubt. And that’s not true for all of the other candidates on the ballot.

When we talk about thinking about climate change, not as an academic problem, but that it’s something that’s going to impart our ability to lead happy and healthy lives….My generation uniquely has a voice that we can bring to the table. That’s different.

One of the things I am saying of people in this book is … to learn who your state senator is…there’s a real argument for redirecting even a fraction of all the advocacy and the anxiety that we direct towards Washington DC to the state. If we just pick up the phone and call our state legislators it’s probably going to be much more impactful in our community.

I hope that a reader walks away from this book feeling optimistic about politics.

Will Haskell was elected in 2018 to represent seven towns, including his hometown, in the Connecticut State Senate. Just a few months after graduating from college, he and his roommate-turned-campaign manager unseated a Republican incumbent who had been in the legislature for longer than Will had been alive. Their campaign activated an army of young volunteers who were energized by the fight to end gun violence, and together they broke a tie in the Senate by flipping the district Blue. In the Senate, Will serves as the Chair of the Transportation Committee and the Vice Chair of the Government Administration and Elections Committee. His spent his first term focusing on college affordability, transportation improvements, and voting rights. In 2019, he helped create Connecticut’s free community college program, so that every high school graduate has an opportunity to pursue a degree. He lives in Westport, Connecticut, and is still dating his lab partner from high school physics. 100,000 First Bosses is his first book.

A Is for Oboe: The Orchestra’s Alphabet by Lera Auerbach and Marilyn Nelson, Read by Thomas Quasthoff

Pride and Prejudice: Chapters 8 and 9 by Jane Austen, Read by Alison Larkin 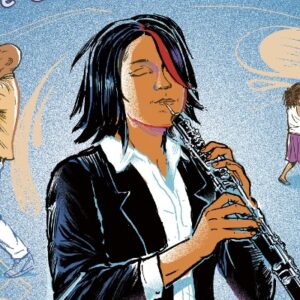 A Is for Oboe: The Orchestra’s Alphabet by Lera Auerbach and Marilyn Nelson, Read by Thomas Quasthoff