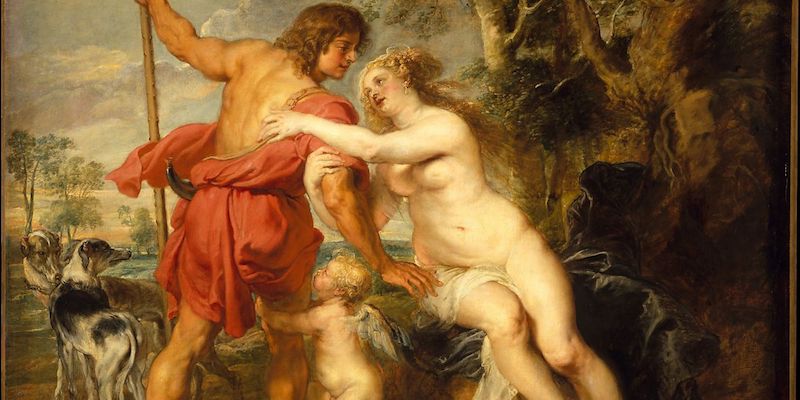 Seeking Insight on Disastrous Love, from Literature and Psychoanalysis

Write long enough and you discover your obsessions. Work with analytic patients long enough, and you get to discover which of yours seem to obsess most everyone else too. The blindness of love is one of those. Is there anyone who hasn’t faced a moment when, looking back at some lover we were mad for, head over heels for (phrases which point to the problem at hand), the question arises: what the hell was I thinking?

Are we thinking when we fall in love? Neurobiology informs us that passionate love reduces activity in regions of the brain that help us detect warning signs: the amygdala, which coordinates fear responses, and the frontal cortex, the region responsible for judgment. No surprise, really: such observations of the brain only corroborate what our experience already tells us of the mind.

Yes, we know it. But that doesn’t make it any less of a mystery. Why are we least able to form judgments where the emotional stakes are highest? Are all of us equally blind in the face of love? Can we be saved from repeating our awful choices? Please?!

As a novelist who has also pursued analytic training, I’ve had the chance to reflect on what both literature and psychoanalysis have to say on the matter, each discipline learning from the other over time. In the 19th century, before Freud, love-blindness was treated most insightfully by the great novelists—Austen, Eliot, Flaubert, Tolstoy etc.—who grasped that for women of their era, the choice of husband could be the single greatest determinant of their happiness in life. Best to be clever about it, though clever women were no less capable of folly: in Middlemarch, it’s Dorothea’s intellect that draws her to the scholar Casaubon, and into one of the great marital disasters of literature.

Luckily, Dorothea grows wiser and, unluckily for him, Casaubon grows deathly ill, so that Dorothea can escape her domestic miseries. Most 19th century heroines don’t get off so easily, however, and either succumb to social forces and abandon their passions or let them run wild in adulterous affairs, bringing about their own destruction. Novels like Anna Karenina and Madame Bovary caution against yielding to romantic fantasy—and, in Flaubert’s case, lay some of the blame for the romantic’s ruin at the feet of literature itself, for making us dream.

What these novels, as varied as they are, have in common, and what makes them different from the stories that come after Freud, is a sense that if only one were sensible and capable of separating fairy tales from reality, or if only society were more conducive to our longings, we could choose well. What such novels didn’t explore is the notion that there is something in us, something intrinsic, buried and devious—that drives us to act irrationally where we’re led by the heart.

Thomas Mann is perhaps the most prominent example of this post-Freudian shift, which today has blossomed into a large and popular literature—largely female-driven—that centers on just that issue: how darker forces lurking under the rational surface lead us to choose destructive lovers. I consider much of my own writing to fall into this category and have been curious to see how other novels of the type—Girl on the Train, You, You Should Have Known—weave thrillers from the terror of not really knowing ones partner.

What distinguishes this sub-genre more and more in our therapy-infused culture is an emphasis on the often-traumatized psyche of the (usually) woman who fails to see the man—often a murderous monster—before her. The implication is that we choose monsters because we’re already carrying versions of them, our own demons. But perhaps, if we can heal ourselves, if we can find a wise shrink to help us sweep out our psychic basements, we can set ourselves free.

If happy endings used to involve marriage, now they involve divorce and therapy.

Which raises the question: what does psychoanalysis have to say about love‘s blindness? Can those trained in the mind’s tricks keep their patients from hitching their desires to homicidal maniacs or even typical jerks?

There are many psychoanalytic theories out there, but Freud’s statements about love remain foundational. For Freud, all passionate love is an attempt to retrieve an aspect of the original love between a baby and (in Freud’s universe) his mother and later, father. The wonders we find in the beloved are at heart a re-finding of features of these lost loves, not that the poor besotted should have a clue that this is going on.

Such awareness is impossible since the task of choosing a love object is led by the unconscious—home to the repressed desires for the parent. Freud employs the image of a horse, the Id, driving along its rider, the Ego. Of course the conscious mind isn’t out of the picture—it keeps itself busy, pretending to judge the partner’s suitability, and keeping us distracted from the real force of our love, galloping along, out of view.

These Freudian insights have come to deeply penetrate our culture: from our own relationship post mortems—“I thought she was the opposite of my mother and she turns out to be precisely her!”—to the narratives that we produce and consume. The HBO series The Undoing (based on the aforementioned novel, You Should Have Known) features Nicole Kidman as Grace Fraser, a composed and intelligent woman who nonetheless is completely unaware that her longtime husband is a cheating, murdering, psychopath. And she’s a therapist no less!

The message is humbling: no matter how expert you are in matters of the heart—and even the unconscious—when your own loves are at issue, you’re as lost as the rest. In the end, as happened to Grace Fraser, you might well end up with a worse version of your philandering and lying father, only without Grace’s fabulous wardrobe to console you.

So much for Freud’s optimism on the subject, but what do later theorists have to say?

Arguably, as psychoanalytic theory has evolved, it’s only made matters worse for lovers. The Object Relations movement shifted emphasis in childhood development from the infants’ drives to the relationship between the infant and caregiver. In doing so, it also introduced distortion into the original love-bond. For Ronald Fairbairn, one of the foremost figures of the movement, a child will do anything to protect the image of caregivers, including disavowing awareness of their flaws. So children learn to blame themselves for what goes wrong—and the blueprint for a lifetime of abusive relationships is set: “I made him do it to me; if only I were better.”

Interpersonal and Relational analysts develop these ideas into a theory of dissociation—where intolerable aspects of the caregiver (among other threatening experiences) are walled off from our dominant conscious understanding.

Attachment theorists go on to ground dissociation in trauma responses in the brain. For them, attachment to frightening love objects evokes a mental state where we literally cannot think what we feel. We either forget our abuse or keep it out of view.

To take an example of dissociation from today’s popular literature, again portrayed on screen by Nicole Kidman (perhaps marriage to Tom Cruise explains this), we have Celeste Wright from Big Little Lies. Celeste is represented as a sharp former attorney who has abandoned her career, and ultimately lost her bearings, for the sake of her marriage to an abusive man. The two interwoven mysteries of the novel both have their root in Celeste’s dissociation: she, and therefore we, cannot see that the violence surrounding her—the rape of her friend, an assault on a girl at her sons’ school—all lead back to her husband. It’s only through therapy that Celeste comes to think what she feels, and recognizes the genuine threat her husband poses—now mimicked by their sons. So the story builds towards another happyish ending: therapy and husband-killing, the most brutal form of divorce.

No matter how expert you are in matters of the heart—and even the unconscious—when your own loves are at issue, you’re as lost as the rest.

In contrast to The Undoing, Big Little Lies doesn’t give us insight into Celeste’s upbringing, but it does introduce another component to account for her illusions: she’s a woman of appearances in a wealthy community that pressures women to embody ideals of domestic perfection. On the surface, Celeste’s handsome and successful husband is perfection, so to look at him more deeply challenges conformity to social norms. Such awareness of social influences upon the domestic points to another difference between the traditional Freudian view and more modern approaches. Contemporary analysts focus also on social constructions and come back to retrieve Flaubert’s insights from Madame Bovary: romantic fantasies are inspired not just by Oedipal dynamics, but by class conditions and cultural mythologies.

All these notions buzz around somewhere in the brain of contemporary analysts, when we sit facing some patient at his wits’ end, wondering why he didn’t know that his partner was the horror they turned out to be. They also buzz around in my writer brain when I sit down to consider, yet again, how love and desire have led my next character astray.

So what comes of all these insights? What advice to spare love-seekers our worst mistakes?

Certainly knowing a few theories hasn’t granted me clear seeing, and often, in sessions and at my writing desk, I feel like the blind leading the blind. But even the blind, if we’re able to admit our not knowing and be curious about it, can sense the truth—like the blind seer, Tiresias, in Oedipus Rex (the UR text of psychoanalysis and tragic mate selection.)

My most recent novel has also made room for optimism, and explored the possibility that, after the illusions surrounding one’s beloved have recognized for what they are, there might be a chance for something like acceptance.

In the end, then, I don’t believe one can avoid romantic illusion; nor would we necessarily want to. For better and worse, lovers will probably always hurtle, like Freud’s horse, blissfully into disasters—and no literary or therapeutic wisdom can prevent that. All these can do is help us to escape those disasters sooner, and, by turning an eye to what warnings we skipped over on the way, help us to correct our course a little in our hearts’ journey onward. 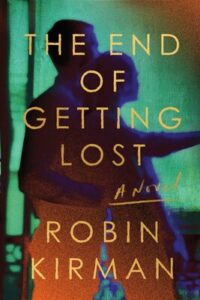 Robin Kirman’s novel The End of Getting Lost is available now via Simon & Schuster.

Robin Kirman studied philosophy at Yale before receiving her MFA in writing from Columbia, where she also taught for several years. Her curiosity about human psychology has led her to combine work in psychoanalysis with writing fiction. Her first novel, Bradstreet Gate, was published by Crown in 2015, and her television series The Love Wave is currently in development. 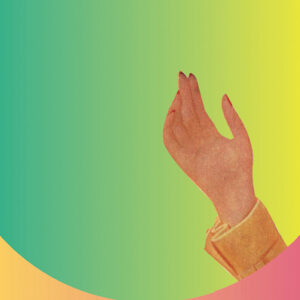 Our treasure chest of terrific reviews this week includes Julian Lucas on Yoko Tawada’s Scattered All Over the Earth,...
© LitHub
Back to top
Loading Comments...