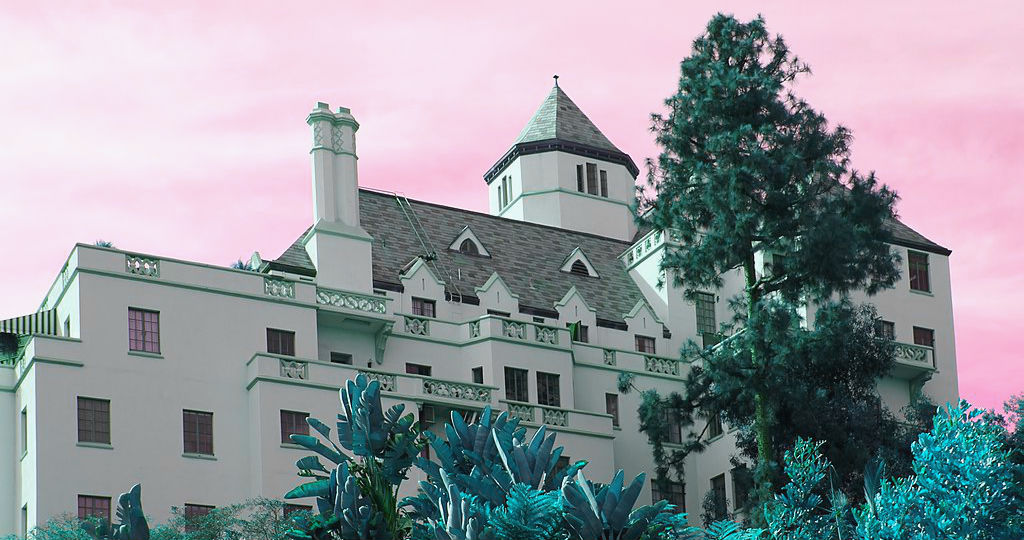 Secret Trysts and Lost Weekends at the Chateau Marmont

They won’t have me at Chateau Marmont. Technically, this is my fault: I didn’t make a dinner reservation, assuming my friend D. and I would be able to slide into the hotel’s bar for a quiet Thursday evening drink unannounced.

“The bar only has four seats,” the hostess stationed at the valet stand informs me, her tone precisely calibrated to convey that my presence in this famously narrow driveway isn’t inappropriate, exactly—it’s just not entirely welcome, either. “So it fills up.”

I should have known. The Chateau is where James Dean rehearsed with director Nicholas Ray for his role in for

Rebel Without a Cause. Judy Garland and Duke Ellington have played the lobby piano; Jay-Z and Beyonce threw a post-Oscar bash in the garage—in the garage—in 2018. There are few things in certain Los Angeles neighborhoods that are as jealously guarded as the aura of celebrity, so of course the Chateau had no interest in letting me in when it could just as easily be keeping me out.

It wasn’t always this way. As Shawn Levy explains in his book The Castle on Sunset: Life, Death, Love, Art, and Scandal at Hollywood’s Chateau Marmont, the building that would go on to become one of the city’s most storied spaces wasn’t originally intended for high-profile greatness, or even to be a hotel. And the tale of how it attained its current status isn’t as straightforward as you would imagine.

The Chateau Marmont is a psychic landmark as well as a physical one: you go there to see it, but you also go to try to use it to see through time.

A man named Fred Horowitz, Levy writes, originally constructed the place to be a luxury apartment building in 1926; when the Great Depression made tenants hard to come by, Horowitz sold it to Alfred E. Smith, who foresaw Los Angeles’ future as a tourist destination and transformed the Chateau into a hotel. It has since passed through a number of hands, going through periods of neglect and decay before settling with hotelier Andre Balazs, who purchased the Chateau in 1990 and finalized its transformation from a cult favorite spot for secret trysts and lost weekends to one of the glitteriest destinations in a very glittery town.

Throughout its history, the Chateau’s register has been impossibly star-studded, and The Castle on Sunset is full of juicy anecdotes: Grace Kelly trying to wheedle the room numbers of handsome male guests from the front desk staff, and the legend that Lucille Ball and Desi Arnaz once got into a fight that resulted in someone tossing an attaché case over one of the hotel’s balconies, which promptly burst open to reveal “a shower of cash raining down on Sunset Boulevard.”

But the hotel also maintained a reputation for a certain kind of seriousness. It has perennially been seen as an oasis and a refuge in the middle of Hollywood’s cutthroat, high powered social scene—in part because, until recently, it was always a little run down. Levy writes about a prank that Michael O’Donoghue, the first head writer on SNL, would pull on friends and fellow guests: before they came over, he would turn down his bed’s sheet and place a mint on the pillow, in order to convince them that their own lack of turndown service wasn’t a hotel policy but a random oversight. “Such was the quality of service at the hotel that a guest could readily be convinced that his or her room was simply being overlooked by the staff,” Levy writes.

It wasn’t until 1982, when John Belushi died by overdose in one of the bungalows, that the Chateau became a household name. Its prominence continued to rise: after that, actors, directors, and musicians started taking magazine interviews there, which helped cement the Chateau’s association with celebrity in the mind of the broader American public.

And suddenly, “the Marmont was elevated into a status it had never enjoyed previously, with nostalgia for a heyday that had never quite existed,” Levy explains. “In the feature sections of American magazines and the Sunday arts sections of American newspapers, the phrase ‘Hollywood’s Legendary Chateau Marmont’ became more and more common.”

It wasn’t just a place where you might spot a celebrity—Hollywood is full of those. It became instead a place where you might find a way to insert yourself into Hollywood history: where things had happened. Especially in a city that outsiders often mistake for having no history, which is so sprawling that it’s near-impossible to navigate as a tourist, this was a tempting offer. The Chateau today is a psychic landmark as well as a physical one: you go there to see it, but you also go to try to use it to see through time.

Even as a Los Angeles native, it’s hard to be immune to the fantasy of glamour that the Chateau offers. I was born and raised in Hollywood, and I’d never had the urge to visit Chateau Matmont until I started reading The Castle on Sunset. Halfway through it I was fantasizing about getting myself a room, just for a night: it would be half-research, half-staycation. Instead of staring at my laptop at my kitchen table, I could do it from a balcony overlooking the city, or sitting by the hotel’s famous pool.

Reality quickly intervened: what was once a legitimate bargain, a place a working artist could afford to stay, will now run you a minimum of $500 a night. So then I thought at least I’d get a drink.

And then came the scene in the driveway.

As it turned out, D. had known about the reservation policy and made one. (He used to work for a very famous director who stays there regularly, which was why I’d thought of him for this excursion in the first place: I figured it would be useful to have a native guide.) Once I gave his name at the valet stand, I was allowed to leave my car in the garage and go inside. I drank a $20 martini and we split an order of French fries and caught up on each other’s lives. I felt so chastened by my experience coming in that I worried about getting yelled at for trying to find the bathroom. The sense that nobody wanted me there was palpable, and pervasive.

It made me wish I’d taken my copy of The Castle on Sunset to Musso & Frank’s, which is also a classic Hollywood hotspot and makes a better, cheaper martini than the Chateau’s, or to Canter’s, where Guns N’ Roses used to get food after late nights partying, and my mom ate matzoh ball soup when she was pregnant with me.

I wished that I’d remembered that it’s fun to read stories about other people’s glamorous lives, but there’s no need to try to imitate them. The people who stayed there made the Chateau what it was—so of course I would never become them, or anything like them, by following literally, physically in their footsteps. Leaving felt like being released; I was back in a city where I could make something happen, instead of waiting for someone to give me permission to exist. 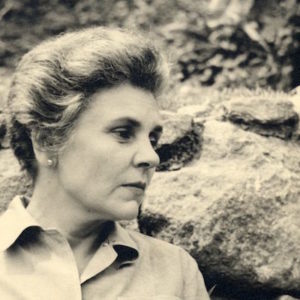 Shepherdstown, West Virginia, 1993 “What are some of the things the speaker is losing?” I begin. I am teaching one of my favorite...
© LitHub
Back to top