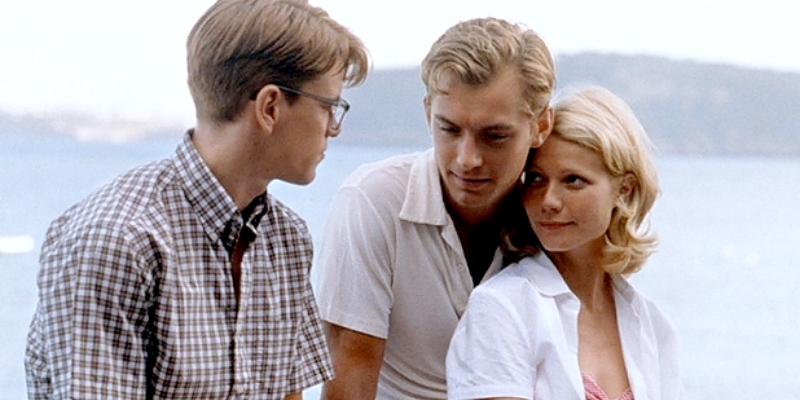 Seasons of Scam: A Reading List of Fake Identities

Fake identities serve as fascinatingly persistent plot devices because we all, at some point, desire to reinvent ourselves in pursuit of existential liberation or deception, curiosity or fantasy or survival.

In one of the most canonical examples of this genre, Patricia Highsmith’s The Talented Mr Ripley, when Tom Ripley adopts Dickie Greenleaf’s identity via murderous methods, all hell breaks loose. But ever since the advent of the “Internet Novel,” characters don’t necessarily have to kill anyone to steal their identity; it’s much easier, now, to pretend to be someone else.

Social media accounts are a pivotal plot device in contemporary fiction, as characters use Instagram, Twitter, Facebook, Slack, Gmail, and even LinkedIn. (I sometimes entertain myself by wondering if Emma Bovary would create a “finsta” to share the occasional nude with Rodolphe or Léon, or if Raskolnikov would be a rabid Redditor, dissolving into moral hysteria in the AITA “Am I the Asshole” forum with a halfheartedly-disguised username.)

The narrator of my debut novel, A Novel Obsession, is an aspiring writer named Naomi who uses social media to stalk—and eventually befriend under false pretenses—Rosemary, her boyfriend’s ex. After lurking on Rosemary’s Tumblr blog and her Facebook profile, the conspiratorial Naomi creates a fake Instagram account to bypass Rosemary’s privacy restrictions, a slippery slope ultimately resulting in catastrophe. I wanted to probe the darker consequences of our desires to construct a false self—and am fascinated, always, by books that attempt to do the same. Here are a few books featuring variations on the “fake identity” genre. 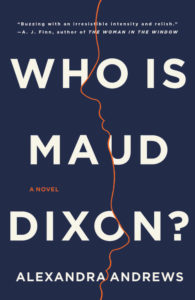 Alexandra Andrews, Who Is Maud Dixon?

If you’re a fan of The Talented Mr. Ripley, you’ll likely enjoy this juicy and fast-paced literary thriller. When Florence Darrow is hired to assist the reclusive and renowned author Maud Dixon, the two enigmatic women travel to Morocco together, where Maud intends to do some research for her next novel. But upon waking up in the hospital after a terrible car accident, with no recollection of the night before, Florence realizes Maud is missing, and a dangerously alluring opportunity thus presents itself—a chance, perhaps, to take her place. 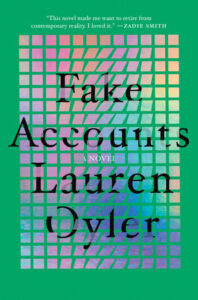 I mean, the title really says it all! In Lauren Oyler’s debut, even though the narrator’s boyfriend is unmasked as a literal conspiracy theorist, it’s the narrator herself who travels to Berlin to perform her Internet fakery, constantly going on dates with unsuspecting people who don’t realize she’s making up new identities, new personalities, on the spot, as a form of perverse social performance. 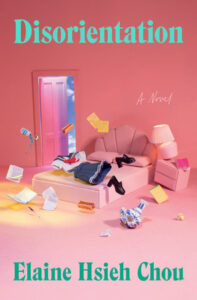 In Chou’s hilarious romp through academia’s hallowed halls, the plot hinges on a very specific falsehood I refuse to spoil for you. When PhD student Ingrid Yang, desperate to finish her dissertation on the late canonical poet Xiao-Wen Chou, accidentally stumbles upon a strange note in the Chou archives one afternoon, she’s determined to investigate. Before long, Ingrid’s research leads to an explosive discovery, upending her entire world. According to Alexander Chee, Disorientation “reinvents the campus novel satire as an Asian American literary studies whodunnit, in which the murder victim might be your idea of yourself—no matter how you identify.” 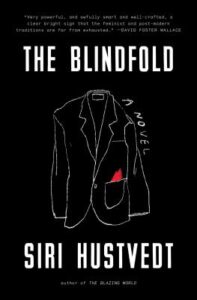 In this haunting and philosophical coming-of-age novel, Iris—a graduate student studying literature—disguises herself as Klaus, the fictional protagonist of a German novella she’s co-translating with her professor. Roaming the city dressed as a man, she indulges in, and embodies, her transformative fantasies. It’s a truly fascinating portrait of a woman trying to simultaneously find and escape herself by entering into other lives, other experiences. 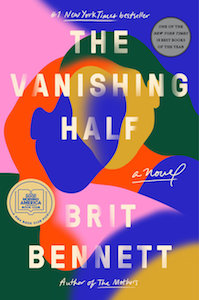 Brit Bennett, The Vanishing Half

This propulsive, wildly engaging, and powerful novel follows twin sisters Desiree and Stella after they leave their hometown, Mallard, and embark, as young women, on two wildly different paths. Though they’re both light-skinned Black women, Stella chooses to reinvent herself by “passing” as white in her new town, hiding her true identity from her community, her husband, and even her own daughter, with life-altering consequences for everyone involved. 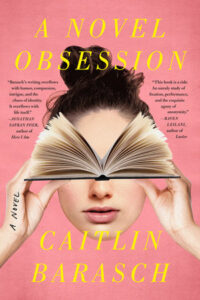 Caitlin Barasch’s A Novel Obsession is available now via Dutton.

Caitlin Barasch earned her BA from Colorado College and her MFA from New York University. Her work has appeared in more than a dozen publications, including Catapult, Day One, The Forge, and Hobart. A former bookseller, Caitlin currently teaches creative writing at the Writers Circle. She was born and raised in New York and now lives in Brooklyn. A Novel Obsession is her debut novel.

Diana Abu-Jaber: “Among the Bedouins, a Knife is Never Just a Knife.” 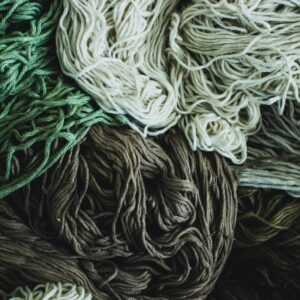