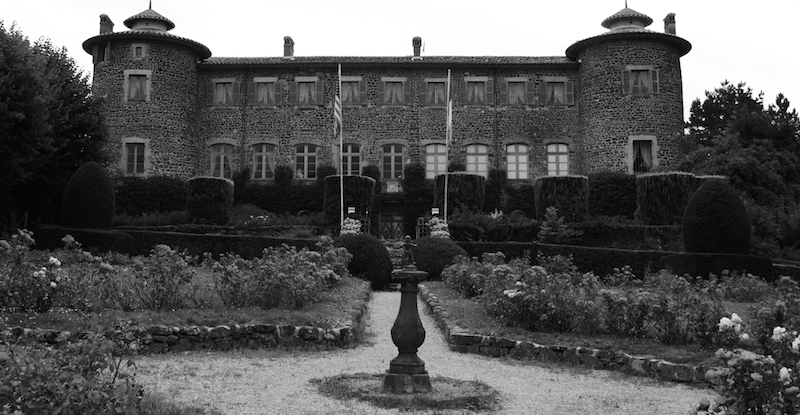 Searching for Three Generations of Secrets at a French Chateau

Stephanie Dray on the Historical Mysteries of the
Chateau de Chavaniac

The Women of Chateau Lafayette is a story of three wars, three women, one world-changing legacy, and the castle at the heart of it all. And my research for this novel took me on a once-in-a-lifetime trip into the mountains of deepest France, to the region of Auvergne.

Auvergne is famous for many things including green lentils, rich volcanic soil, delicious cheeses, ancient lace-making, and for being the birthplace of a famous rebel, Gilbert du Motier, the Marquis de Lafayette.

Thanks to Hamilton: An American Musical, Americans who didn’t already know that Lafayette was a heroic 19-year-old who crossed the sea against the wishes of his king to fight in the American Revolution, now have a passing familiarity with “America’s Favorite Fighting Frenchman.” But Americans know much less about his wife Adrienne, our French Founding Mother. To tell Adrienne’s story, and the story of the women who followed in her courageous footsteps, I would start my research in Paris.

Within hours of landing in Charles de Gaulle airport, I was walking in the remains of her childhood home—now the Saint James Albany Paris Hôtel Spa—with its crystal chandeliers and glorious view of the Tuileries Gardens in all their autumnal splendor.

Born into one of the most powerful families in 18th century France, Adrienne Lafayette would have been accustomed to a pampered existence in the heart of Paris. But I felt overawed by the gilded historic sights I explored between swoony bites of crepes, dainty chocolates, and wine-drenched escargot. And I wondered how this sophisticated Parisian life must have seemed to Adrienne’s bridegroom, Lafayette, who, at the time of their marriage, was little more than a big red-headed country bumpkin, only fit for her hand because he had come into a big inheritance.

To truly understand the marriage of the Lafayettes, their ideals, and the legacy of heroism they would inspire for generations, I would continue on to the countryside where Lafayette was born and raised by his female relations at the Chateau de Chavaniac. It was only after my husband and I bought tickets for the high-speed train to Lyon, and rented a car for the long drive into the mountains, that I realized this might be a bit of an intrepid thing to do. It turns out that GPS service is spotty between the dense woods and jagged volcanic outcroppings of remote Auvergne, and for someone whose French-language skills can best be described as non-existent, the paper map was of limited use.

I gripped the edge of my seat as we made hairpin turns on twisty mountain roads, our slipping tires incurring the wrath of at least one braying donkey as we passed. And for a while I was convinced we were lost in the pine forests, never to be heard from again. But I forgot my every care when we finally reached the ancient village of Chavaniac, with its stone houses and terracotta rooftops, where a phrygian-capped statue of lady liberty draped in red, white and blue presides over the square. A few more sputters of the exhausted rental car took us past the old church, and to the Chateau de Chavaniac.

I gasped, like any historical researcher would, because I knew so much history took place here, where the very capstone over the door came from the Bastille. After a whirlwind tour through the American artifact-laden treasure room containing Ben Franklin’s signet ring, the grand salon decorated in the style of Louis XVI, Adrienne’s elegant apartments and Lafayette’s quaint tower bedroom, I felt I had a good understanding of the chateau’s 18th and 19th century history.

This was the place where Adrienne Lafayette was arrested during the French Revolution for, among other things, refusing to denounce her husband and for protecting religious dissidents. It was here she hid her children from Jacobin fanatics. During the First World War, American women purchased and safeguarded the chateau, transforming it into a preventorium for sick, displaced and orphaned children. And, twenty-five years after that, Jewish children found sanctuary there during the Holocaust.

I began to believe that the reticence to talk about this history might have had to do with a continuing discomfort about the role France played in the Holocaust.

Gisele Feldman recounts this harrowing time in World War II in her touching memoir, Saved by the Spirit of Lafayette, in which she describes her life as one of the hidden children at the chateau. But this most modern aspect of the chateau’s history is also, paradoxically, the one shrouded in the most mystery.

It was on this last subject that, in my interviews with villagers and guides at the chateau, I encountered some reticence. Some claimed to have no knowledge of the Baron de le Grange, who was acting president of the preventorium during the Holocaust. What’s more, the castle records for this time period have gone missing.

Frustrated by this snag in my research, I took a lunch break at the tiny village’s only cafe, where two elderly villagers argued over the quality of the baguettes in that morning’s bakery delivery—an argument I imagine is timeless. And while munching on a croissant so buttery it made me weak in the knees, I began to attribute my research snag to the language barrier or some mistake on my part. I hadn’t been able to see the secret tunnels that I found mentioned in some books, and I hadn’t been able to learn anything about what the baron, his wife, and daughter did, or did not do, to save Jewish children. Or, for that matter, if he’d even ever set foot in this village.

But on the way back to the chateau, we stopped at the church where I lit some candles in honor of the Lafayettes, and it was just outside the church that we discovered a plaque commemorating the baron’s arrest by the Gestapo. The bronze plaque was impossible to miss. The baron’s history is impossible not to know about in a village this small. And I began to believe that the reticence to talk about this history might have had to do with a continuing discomfort about the role France played in the Holocaust.

As I would touch upon in my novel, loyalties in an occupied nation are a complicated business. The Baron de le Grange was one of the few French Senators who did not vote dictatorial powers to Marshall Petain at the Fall of France; he was, in fact, in the United States trying to persuade FDR to lend urgent support for the war and was spared the choice. But he did have ties to Hitler’s puppet regime in Vichy, and I reasoned that might make French people hesitant to either lionize or villainize his role in the war to an outsider like me. (A theory later confirmed by Myriam Waze, sometime resident of Chavaniac and founder of Le Club Lafayette.)

I could’ve spent a year wandering the rustic flower gardens by day, searching for secret tunnels and George Washington’s dueling pistol—a gift to Lafayette that went missing from the castle some time after his death. (And I could’ve spent a year sampling wines and cassoulets by night.) Eventually, though, I had to leave France behind without all the information I came for, but with a renewed sense of inspiration.

Months after the visit, the beautiful chateau and all its mysteries still haunting me, I uncovered some of its secrets at the New York Historical Society, where I finally found pictures of the tunnels and letters confirming the role played by the Baron de le Grange and his daughter, Anne, at the chateau. Their remarkable, complicated story is part of the history of Lafayette’s fortress of liberty, and became an integral part of the story I told in The Women of Chateau Lafayette. What happened to George Washington’s dueling pistol, though, is still anyone’s guess. 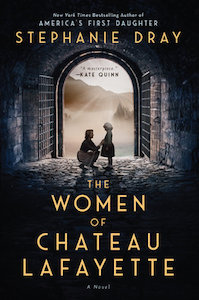 Stephanie Dray’s The Women of Chateau Lafayette is available now via Berkley.

Stephanie Dray is a New York Times and USA Today bestselling author of historical women’s fiction and fantasy. Her critically acclaimed historical series about Cleopatra’s daughter has been translated into eight languages, was nominated for a RITA Award, and won the Golden Leaf. Using the stories of women in history to inspire the young women of today, Stephanie remains fascinated by all things ancient and has, to the consternation of her devoted husband, collected a houseful of cats and Egyptian artifacts.

How to Raise Your Children on the History of Protest 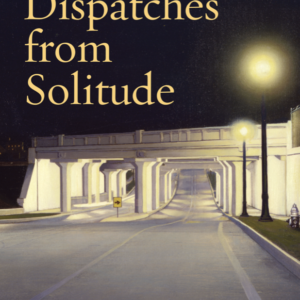 I. A few hours ago your last descendant died. She held only a whisper of your essence—or, as one would say in this scientifically...
© LitHub
Back to top
Loading Comments...