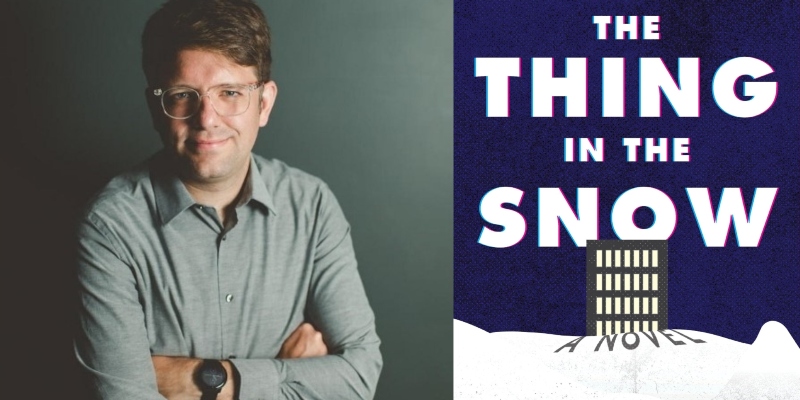 Sean Adams is the guest. His new book, The Thing in the Snow, is out now from William Morrow.

Brad Listi: I was trying to think of comparisons as I was reading it as like, sort of like Office Space meets The X-Files meets like Samuel Beckett or something. Right. I mean, it’s like a mannered workplace comedy on one level, but it’s also got this sci fi, almost horror vibe. There’s just some menace in it, you know? And as a reader, I’m off balance. I’m like, Oh, God, you know, like, what’s Gilroy going to do? Or what’s what is this? Is this thing in the snow going to attack? It’s almost like the movie Alien, you know, and you just don’t quite know as you’re going. But it’s also a really funny send up of corporate office culture, which I imagine had to be fun to write.

Brad Listi: Yeah. So everything is set, like it’s feels polar to me, North or South Pole, or somewhere very remote, very cold, but not ultimately defined. It’s called the Northern Institute. And, you know, you talk about compact. Like I couldn’t help but think of the horror genre, especially the horror genre cinematically where. The project. Seems to be, especially if you want to get one of these things made, is that you keep costs down, like production costs down by limiting it to one location.

So it’s like cabin in the woods, you know, like the idea. Haunted house or whatever it is, you know, you’re in kind of you kind of everyone’s kind of marooned in one place. And that’s definitely the case here where, like, people can’t even go outside. It’s so cold that, like, people get, what, snow blindness or, you know.

Sean Adams: Yeah, yeah. They just get like severe disorientation outside.

Brad Listi: But that’s not a thing. I mean, just disorder, like visually disorder.

Sean Adams: Yeah, exactly. This place doesn’t, not even doesn’t exist, but like, can’t exist. I mean, this location. It’s a place that nobody can leave, you know? There’s no escape from this. Like, if you’re there. There’s no stepping out for fresh air. There’s no getting away from anybody for a minute, or going home on the weekends or anything.

Brad Listi: That just sounds awful. I’m curious, growing up in the Hudson Valley, you saw your fair share of snow in the winter and everything. Have you ever spent time in like an extreme northerly or southerly latitude?

Sean Adams: No. I mean, probably the the descriptions of the cold might be a little bit stronger if I had ever stepped foot in Winnipeg or something or even further north.

Sean Adams is the author of the novel The Thing in the Snow, available from William Morrow. It is the official January pick of the TNB Book Club. Adams is a graduate of Bennington College and the Iowa Writers’ Workshop. The Heap is his first novel. 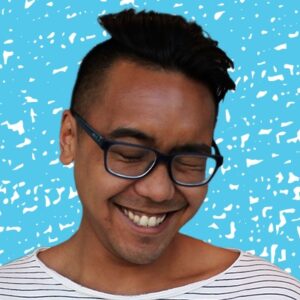