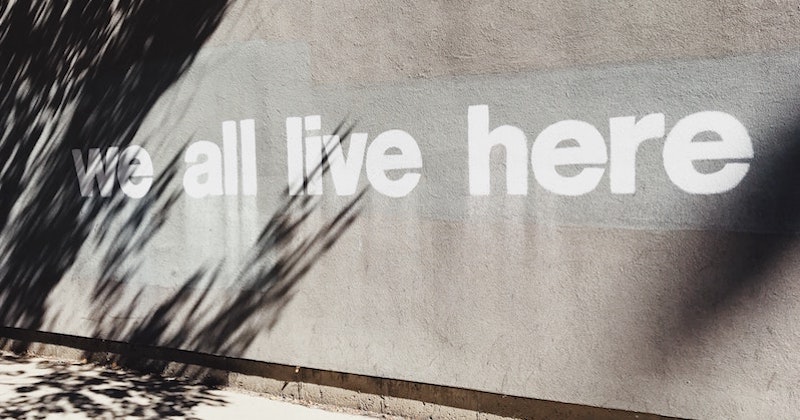 Living in Chicago, where the University of Chicago is a cultural juggernaut, I have dreamed of a community space where people outside writerly and academic circles, who do not linger on the North Side, feel welcome. I currently live in Hyde Park, and I’m working at the university as a fellow in a program that specifically addresses human rights, especially in relation to incarcerated people.

Nearly every space in the area, except, as far as I know, DuSable Museum, is influenced by the University of Chicago. Meanwhile, I’ve curated and hosted author readings on par with some university talks at local bookstores here in Chicago, but I often felt like the attendance at such events was often mostly people who were already “in the know” about books by writers of color.

Building the Whirlwind Learning Center began when I saw a building that seemed to be the perfect location for me to start doing writing classes and book clubs on my terms—without grades, without hefty tuitions, and without pedigrees and meritocracy being equated with talent. The brick building was a two-floor storefront with a well-kept, two-bedroom apartment upstairs, built in the late 1800s in Washington Park. The owner had replaced the roof and had a bird painted on its exterior. The storefront was a huge open room with hardwood floors, and a tiny kitchen and half bathroom in the back.

I wanted a space that offered services, small classes, and events for people in the community that I’ve made my home, namely Chicago’s South Side. I wanted to open a space for arts and crafts for people to gather around, but also to address the emotional, physical, and financial well-being of people without being tied to a university.

Could we have sewing and knitting circles, doula trainings, Black-centered vegan and vegetarian cooking classes and demos, somatic movement and yoga classes, tax preparation sessions, and other services? How would it look like to have a combination of practicality and cultivating art on this scale? I thought about Black women like Dr. Margaret Burroughs, Osceola McCarty, and Mother Clara Hale—women who undertook massive endeavors to save and preserve the communities that they cared about with their own savings, time, and energy. I was also thinking about how they owned the buildings through their own finances and fundraising, so they could set the terms, and how that work extended throughout the rest of their days.

Now, as gentrification moves deeper into the South Side, the same area that was shuttered out of downtown Chicago intermittently throughout the pandemic and protests, the housing prices are starting to rise again, and I wonder who will be able to stay in the city and preserve its cultural legacy. I’m also wondering about the people who have been here for generations and are hanging on to stay in neighborhoods that no one outside of them cared about until now. For me, these questions are just a beginning.

When I consider how I started as a teaching artist in Chicago, I worked a lot with young people on the city’s south and west sides, but I also worked a lot with Young Chicago Authors in Wicker Park and the City of Chicago’s Gallery 37 program downtown. I always wondered why kids like Nate Marshall had to truck further north to follow their dreams of writing. What if there was a place where kids on the South Side could receive consistent, safe support and tutelage with a less arduous commute?

The more I thought about it—a space that combined Black ownership, culturally relevant curricular freedom that empowers and includes texts that reflects the experiences, interests, and needs of the participants, a place that could address the whole body and its senses while accepting and implementing community input, seems to hold powerful potential—I realized it was important not just because writers and artists need to take a stand if they want to claim a part of this city as home, but because generations of Black people have historically and unjustly lost homes in Chicago.

There are a number of reasons for this, whether through egregious taxation that went uncorrected when Black homeowners were overtaxed and then not given refunds or lost their homes, or for more recent reasons, such as the tabled proposal to ban residential museums, which would have decimated possibilities for preserving some buildings on the South Side.

All of this doesn’t even begin to address the damage that predatory lending, upselling of homes in Black communities, underinvestment, and redlining has done to the city’s South Side. Imagine Chicago without the DuSable Museum, which started as a small museum in Margaret and Charles Burroughs’ home, which is still standing, just across the street from the South Side Community Arts Center. Underneath all that is the specter of accumulated wealth. All these policies impacted the accumulation of Black wealth, haunting the ability to find and imagine new opportunities.

You might ask how a poet born and raised in the Midwest would even begin to imagine such an undertaking. I’m approaching it one step at a time, one event at a time, one fundraising effort at a time, and I cannot work quickly enough. We’ve started off with a virtual comedy series to offer some levity to people at home. I’m starting those writing workshops soon, and I’m working with the Chicago Humanities Festival to plan some events with South Side-based organizations this summer.

I think other Black people, like myself, see ourselves as standing in the epicenter of a whirlwind.

I’m still looking at buildings, even though it’s hard to find one that would not need extensive renovation. In doing so, I’m also inspired by the work of organizations like Sisters in Cinema Media Arts Center, which is breaking ground on 75th Street, and R.A.G.E. where organizers and residents like Asiaha Butler have been vocal about protecting homeownership and caring for the Englewood community specifically.

As we attend to imagining new futures and opening spaces for new visions and dreams, bringing new participants into policy-shifting and philosophy-building conversations is more necessary than ever. With that in mind, I imagine that’s why June Jordan studied urban planning and why Toni Cade Bambara insisted that filmmaking would be the way to reach people beyond books well before most of us used the internet, YouTube, TikTok, Netflix, and other streaming sources. These doldrums of overlapping occurrences rose in my imagination like a maelstrom, bringing me back to a line from Gwendolyn Brooks’ poem “The Second Sermon on the Warpland.” She concludes with: “It is lonesome, yes. For we are the last of the loud./ Nevertheless, live./ Conduct your blooming in the noise and the whip of the whirlwind.”

As the city stands to transplant even more Black people outside of its limits, like many other American cities, I think other Black people, like myself, see ourselves as standing in the epicenter of a whirlwind. We want to batten down the hatches and keep our homes.

Tara Betts will be speaking about the Whirlwind Center at the virtual panel discussion ‘Creating our Own “Table”‘ on April 7th alongside Tongo-Eisen Martin and Neelanjana Banerjee, hosted by Aunt Lute Books and POC United. The panel will explore how writers of color are creating their own paths to book distribution, community, and audience building. Another virtual event organized by Aunt Lute and POC United on May 13th will feature readings by writers of color on the theme of Isolation.

Tara Betts is the author of Break the Habit and Arc & Hue. In addition to her work as a teaching artist and mentor for young poets, she has taught at several universities, including Rutgers University and the University of Illinois-Chicago, and at Stateville Prison via Prison + Neighborhood Arts Project. She is currently the Inaugural Poet for The People Practitioner Fellow at the University of Chicago. Tara is also the Poetry Editor at The Langston Hughes Review and founder of the nonprofit organization The Whirlwind Learning Center on Chicago’s South Side. 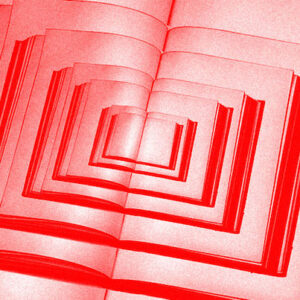 What can a book do that no other story medium can do? What do books do best? In our stream-on-demand world of tv, films,...
© LitHub
Back to top