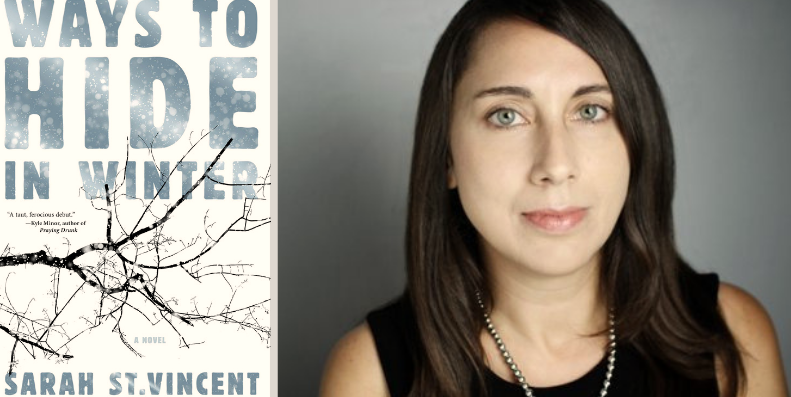 In this episode, New Books in Literature features Sarah St. Vincent discussing her debut novel, Ways to Hide in Winter. Steeped in the rugged beauty of the Blue Ridge Mountains, it is a powerful story about violence and redemption, betrayal and empathy, and how we reconcile the unforgivable in those we love.

St. Vincent speaks to G.P. Gottlieb about the role of power and consent in relationships, the effects of domestic violence on her main character, Kathleen, and she asks important questions about compassion and the problem with getting proper medical attention in America.

G.P. Gottlieb: You have a pretty varied career going on. Can you talk a little bit about how your work affects your writing?

Sarah St. Vincent: Sure. And I can say—I think that actually the writing affects the work. I am the researcher on National Security, Surveillance, and Law Enforcement at Human Rights Watch, which is a great organization. I love the work and I basically do investigations about whether our government is violating our fundamental rights and I see national security issues often often about power, and power relationships, and consent—things like that.

Domestic violence which this books is very much about though that term is never used, is also often about power and consent or lack thereof. So I think actually, working on a book for seven years about a vulnerable person and domestic violence and the way she uses privacy—she basically isolates herself in this very private place as a way of reclaiming her dignity and rebuilding her life. And I think that the insights I gained from thinking about those things—domestic violence, dignity, power—actually is beneficial to my national security work. Usually the things I write aren’t related to the things I work on professionally, but I think that the same gender-conscious awareness that infuses the book actually benefits the things I do

GPG: Your title, Ways to Hide in Winter seems to be connected to three main characters. What came first the title, or the characters?

SSV: The landscape is very much part of the book—this rural Central Pennsylvania forested landscape in the middle of winter, it’s beautiful but it’s isolated, it’s harsh and so I liked the idea of winter being there. There are certain characters hiding in it—hiding from the authorities, from their past, from a very judgmental town. The title connects to those characters but also winter is a liminal space—it’s a pause—there was something before winter and there will be something after winter. They will eventually grow and change and perhaps leave this place. The title for me connects to both their vulnerability and that they’re trapped somehow, but also that there will be a thaw and they will have to figure out where to go, how to move on.

GPG: So you set the stage of winter, and it’s very beautiful, very descriptive, and then you drop the stranger into the closed campground. How did that happen?

SSV: The stranger as we learn really quickly is someone from the former USSR, specifically Uzbekhistan, who came to the US under murky circumstances, claimed asylum though his claim failed. I liked this idea of two characters who would have very few preconceived notions of each other. Now he might have had some gender-based conceptions of her; but he finds out she’s this very smart, determined, hardened person.

And I think she sees him as a total mystery. She’s heard of Uzbekhistan but knows nothing about it and I liked the idea of two characters who are in a vulnerable, dangerous place and who turn to each other for each other—but then Kathleen at least comes to have questions about Daniil and who he really is and then the book becomes about: What are the limits of compassion? When is it our job to forgive someone and when is it not?

GPG: Kathleen is definitely hiding. She is trying to avoid everyone she knows. So why doesn’t she just pick up and leave?

SSV: You know, this is a question often asked of people in violent relationships. Leaving is a dangerous time for many people in those situations. It’s a time when the abuser is most likely to be violent and deadly. Leaving can also be hard for even people whose spouses—like Kathleen’s—are deceased. Kathleen has no money, virtually no support network—the situation with her husband alienated a lot of the people she might have drawn on for support.

Her family, unfortunately, is not able to help her. And she is, again, very isolated. It’s a rural area. There is no public transportation. She’s got a car but she does not have a college degree. It’s a tough choice for her either way. Staying in her hometown is hard, where she feels as if she’s being constantly judged and reminded of the past. And leaving presents the question of where would she go. What skills does she have which will help her build a life elsewhere?

GPG: She’s also in constant pain—because of her accident.

SSV: Right. She’s working for a tiny little store—that’s basically exploiting her. She doesn’t have health insurance. She’s earning 5.15/hr. She’s not getting the kinds of resources that would let her rebuild her life. As she starts to develop this opioid addiction, resulting from the pain, she turns to the informal market. She finds someone willing to sell to her, which winds up putting her further in danger.

GPG: As it continues to do for people who do the same thing now.

Welcome to Women in Translation Month!

Emily Cook on the Art of Getting Books into Bookstores 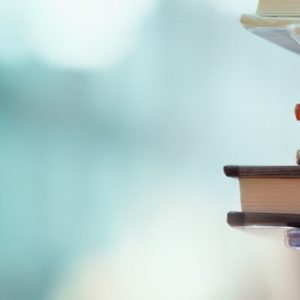 Welcome to Women in Translation Month!

It's August, and that means Women in Translation Month (#WITMonth) is finally here. The annual celebration (which, if we're...
© LitHub
Back to top