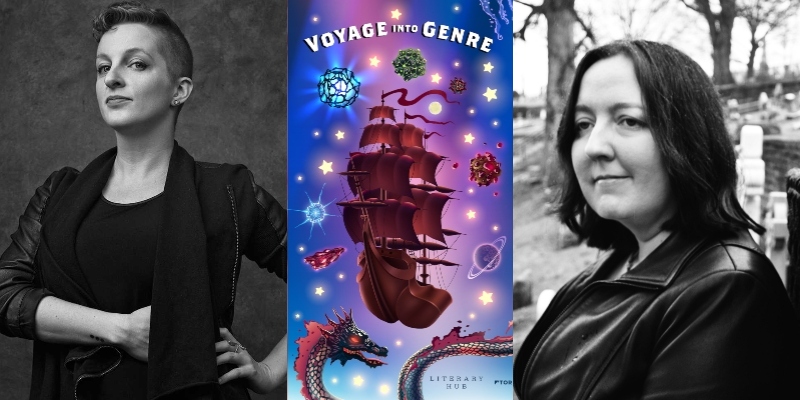 It’s haunted house day on our voyage—hope you packed your flashlights. First up, a house in upstate New York, then a crumbling mansion in Ruravia, and finally a Philadelphia tradition!

Sarah Gailey (Just Like Home) explains why under the bed is the scariest place in the house and why you should have empathy for haunted houses.

T. Kingfisher (What Moves the Dead) talks about the fascinating world of fungi and why she loves a re-telling of a classic tale.

Brett Bertolino (VP, Director of Operations for Eastern State Penitentiary) shares behind-the-scenes insights into how one of the most popular haunted house attractions in the country has stayed fresh for over 30 years.

Sarah Gailey on vulnerability and where we come from:

Sarah Gailey: I really don’t feel like anyone’s gonna believe me the more I talk about this: I was taking a grandpa nap on my partner’s shoulder because we had started watching a television show, and I’m not capable of staying awake for an entire television show.

Drew Broussard: I know what you mean.

SG: So I just kind of lean sideways and get a few Zs. And according to my partner, I snapped awake, looked her in the eye, and said, “Under the bed is the scariest place in the house.” And then put my head back down and went back to sleep.

The deeper answer for where this book came from is that it’s part of this ongoing literary project I’m apparently engaged in of examining from every angle where a person comes from—in the sense of both where did they originate and what crafted them into the human being that they are. This book’s focus is very much about the people we love and the people who love us, and when they do or don’t love us back, and how that crafts us into a person made in the image of their affection or lack thereof.

Drew Broussard: I was struck by how often throughout the book, characters—and also you as the author, if I can make that distinction—are grappling with the human desire for classification. It delighted me so much because it felt like there were these characters delivering plot information or background information on the one hand, but then there was also you poking at the human need to know.

T. Kingfisher: There’s a couple elements in this: the protagonist Alex Easton is I suppose what we would call nonbinary now, although I’m not quite sure if that’s the most accurate term, because Alex Easton has a very distinct gender. Their society just happens to have a third one that is used only for soldiers.

The problem is that outside of Galatia, which is the tiny made-up European country that Easton is from, and Ruravia, which is where the book takes place, everyone else knows that this third gender exists, but they haven’t necessarily met anyone like this, so they don’t all know how to react. I think when you do not fit people’s established gender binary, they are always, I’m guessing, looking for a way to classify you, like you should fit in some box. And in Alex’s case, Alex does fit perfectly well into a box. It’s just a very specific third box.

I am firmly of the belief that if you are nonbinary, you deserve stories where the protagonist is doing things that are not grappling with being nonbinary in a harsh world, but rather dealing with houses falling down and things like that. Sometimes you just want to read about a protagonist who is fending off evil mushroom-possessed rabbits. That was part of Easton’s—they’re just trying to classify what the hell is going on.

How Pollsters Got the 2016 Election So Wrong, And What They Learned From Their Mistakes 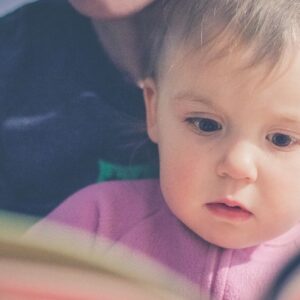 "Boys and girls, please join me on the carpet,” I announced to my third graders after picking up my copy of The Cricket...
© LitHub
Back to top