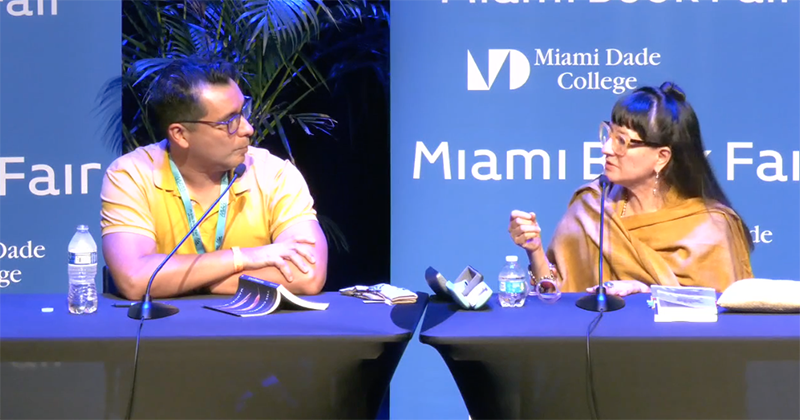 The Miami Book Fair began as a two-day event in November 1984, when a small group of determined individuals—including educators from Miami Dade College, independent booksellers, and librarians—founded Miami Book Fair International. In the nearly 40 years since, Miami Book Fair has grown into one of the most significant cultural events in the region, the most comprehensively programmed book fair in the nation, and an internationally recognized model of excellence. Today Miami Book Fair is both an annual eight-day festival—typically featuring more than 500 authors, 200,000 attendees, 200+ national and international book exhibitors, and a robust schedule of literary, cultural, and educational events, supported by 1,000+ community volunteers—and a provider of a diverse slate of literary-centric programming year-round.

Woman Without Shame is Sandra Cisneros‘ first book of poetry in 28 years. The collection comprises dozens of never-before-seen poems and includes songs, elegies, and declarations that chronicle her pilgrimage toward rebirth and the recognition of her prerogative as a woman artist. These are bluntly honest and often humorous meditations on memory, desire, and the essential nature of love.

The stories in Manuel Muñoz‘s The Consequences are mostly set in the 1980s in the small towns surrounding Fresno. He writes about the Mexican and Mexican American farmworkers who put food on our tables, their families’ daily struggles, and their encounters with “la migra,” the feared agents of immigration enforcement and border patrols. In The Consequences, obligations can shape us, support us, and sometimes derail us.

Sandra Cisneros is a poet, short story writer, novelist, essayist, performer, and artist. Her numerous awards include NEA fellowships in both poetry and fiction, a MacArthur Fellowship, national and international book awards, including the PEN America Literary Award, and the National Medal of Arts. More recently, she received the Ford Foundation’s Art of Change Fellowship, was recognized with the Fuller Award for Lifetime Achievement in Literature, and won the PEN/Nabokov Award for Achievement in International Literature. In addition to her writing, Cisneros has fostered the careers of many aspiring and emerging writers through two nonprofits she founded: Macondo Writers and the Alfredo Cisneros del Moral Foundation. As a single woman she made the choice to have books instead of children. A citizen of both the United States and Mexico, Cisneros currently lives in San Miguel de Allende and makes her living by her pen.

Manuel Muñoz is the author of two previous collections and a novel. He is the recipient of a Whiting Writers Award, three O. Henry Awards, and has appeared in Best American Short Stories. A native of Dinuba, California, he lives in Tucson, Arizona.

The Ugly Truth About French Colonization of Central Africa

Billy Porter: It’s Never Easy to Be Yourself 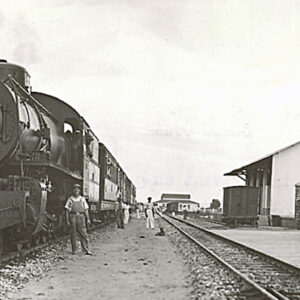 The Ugly Truth About French Colonization of Central Africa