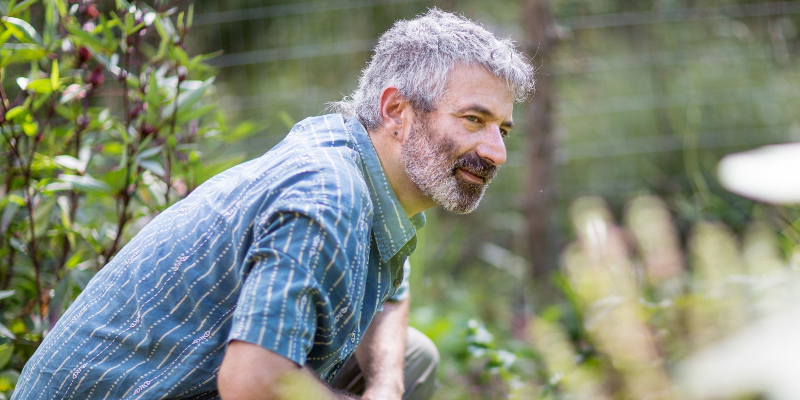 In this interview, Sandor Katz discusses his new book, Fermentation as Metaphor. A world-renowned expert in fermented foods, Sandor considers the liberating experience offered through engagement with microbial communities. He shares that the simple act of fermentation can give rise to deeply intimate moments of connection through the magic of invisible forces that transform our foods and our lives, generation by generation.

Emmanuel Vaughan-Lee: In your new book, Fermentation as Metaphor, you’re really talking about fermentation as a metaphor for societal change, cultural changes, political changes, economic issues, and you’re even exploring spiritual perspectives of looking at our relationship to each other and the living world. I was really intrigued that you start the book by talking about how in fermentation there are no absolutes, no black or white, and I wonder if you could speak to that a bit.

If you ferment pressed grape juice into wine you’re going to see bubbles developing as the fermentation comes to life. With any liquid that you ferment, bubbles are going to be a manifestation of the fermentation. So it was recognized always as a form of, let’s call it “cold boiling,” and as an extension of that—at least in the English language, not really in every language—people started using fermentation in a metaphorical sense. Any time things were getting bubbly, things were excited or excitable;  that could be a manifestation of fermentation. I’m finding through the Oxford English Dictionary literature citations from 400 years ago referring to different things as forms of fermentation, such as religious fervor as fermentation. There’s a long tradition in our language of using fermentation in this metaphorical sense.

In this book I’m reflecting on this. I’m trying to explore this more fully and then also explore some of the concepts that I find people frequently projecting onto the idea of fermentation, specifically purity and contamination. People assuming that you need to sterilize everything, that you have to have a pure blank slate in order to introduce the organisms that you want to grow, which really is contrary to the reality. In general, the organisms of fermentation are found on the foods that we’re fermenting, and it’s just a matter of creating a selective environment to encourage the growth of the organisms that we want while simultaneously discouraging other organisms. But generally you’re not working with a blank slate at all.

In the microbial world, there is no purity. That’s totally a human construct. In a lot of commercial winemaking, you might use little chemicals to sterilize the grape juice and then you can introduce the single strain of yeast that’s been propagated into that. But that’s a real departure from the long history of winemaking that just works with the large group of organisms that are there.

And then also the contrasting concept is contamination. Everyone’s always freaking out with their fermentation, wondering how do I protect it from contamination? But contamination’s everywhere. Everything is contaminated, so it’s really about encouraging enough growth of the organisms that are producing, let’s say, the acids, which are going to protect it from the random growth of other organisms on it. So, purity is impossible and contamination is inevitable. Even with those factors, fermentation has been practiced in every part of the world for thousands of years.

Sandor Ellix Katz is a fermentation revivalist. A self-taught experimentalist who lives in rural Tennessee, his explorations in fermentation developed out of overlapping interests in cooking, nutrition, and gardening. He is the author of two best-selling books: Wild Fermentation and The Art of Fermentation, which won a James Beard Foundation award in 2013. The hundreds of fermentation workshops he has taught around the world have helped catalyze a broad revival of the fermentation arts. The New York Times calls Sandor “one of the unlikely rock stars of the American food scene.” For more information, check out his website, www.wildfermentation.com.

Emmanuel Vaughan-Lee is an Emmy nominated filmmaker and composer. His award-winning films have been featured on PBS, National Geographic, the New York Times, the New Yorker, and the Atlantic, exhibited at the Smithsonian, and screened at festivals worldwide. He is the executive editor of Emergence Magazine.

Ridding Ourselves of Trumpism Will Mean Leaning Into Disruption 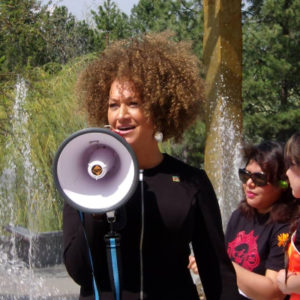 In her provocative and innovative study of racial passing literature, That Middle World (UNC Press, 2020), Julia Charles...
© LitHub
Back to top