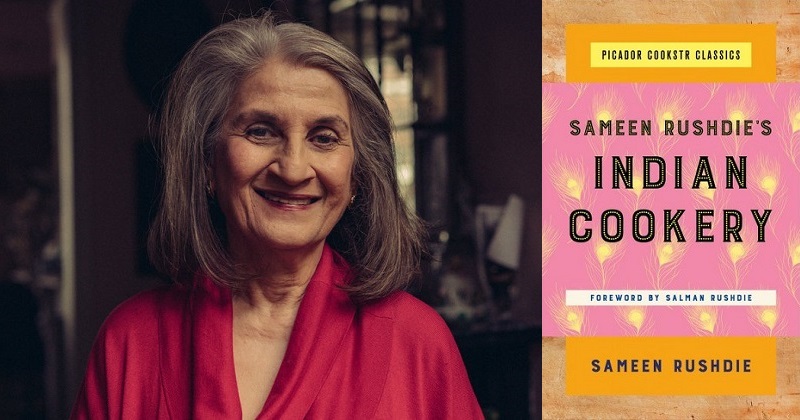 Sameen Rushdie: “Food is a Way of Crossing Boundaries”

The Author of an Iconic Cookbook in Conversation With Paul Holdengraber

In this episode of A Phone Call From Paul, Paul Holdengraber speaks with Sameen Rushdie about racist attitudes towards food, food as language and a means of connection, the senselessness of a divided world, and the Rushdie family’s Christmas traditions.

Paul Holdengraber: You describe Bombay, where you grew up, as a cosmopolitan city. Did this idea of being “cosmopolitan” have something to do with the desire to reissue your book, Sameen Rushdie’s Indian Cookery?

Sameen Rushdie: When I first wrote the book, I was much younger and I was cross at the perceptions of Indian food. I was very keen to put authentic food on the map, and of course “authentic” food is very personal to me. I wasn’t trying to do a map of Indian food nationally. India’s culinary zones are as many as its many as the languages and the cultures of the people that inhabit India. Diversity is a hallmark of that subcontinent, and food is one expression of that. Nothing I ate in restaurants at the time reflected anything I would be proud of or even recognize. Does that make sense?

PH: It does. If I’m right in hearing what you’re saying, your intention when you first wrote the book was not to speak of what it meant to be cosmopolitan or what it might mean for food to be more than just where it’s cooked, but part of humanity at large. Has Indian Cookery taken on a new meaning in the 30 years since it was published?

SR: Racist attitudes towards Indian food are still prevalent. I don’t think much has changed in 30 years. At Indian restaurants, people expect to pay less. Making the food economically cheap makes it inferior, but it affects cultural perceptions of the people whose food it is, and of their languages too! Somehow, in the 60s, it became necessary to differentiate “ethnic food”; that is, food not associated with whites. Foreign but prestigious cuisines like French and Japanese, for instance, wouldn’t be found in the “ethnic food” aisles of supermarkets. In the case of Japanese cuisine, you can say that class triumphs even over race. It’s been a struggle writing about a food that I adore, and that I think is a highly evolved and nuanced cuisine. I wanted to put that across so people would feel that at the heart of the book is the food I’ve been close to all my life.

PH: In a way, that’s not dissimilar to a highly evolved language.

SR: Exactly! Or languages. Urdu, my mother tongue, is a highly evolved language. Like English, it’s a large language. Though my siblings and I fluent in spoken Urdu, we’re not fluent in the written text beyond the high school novel. But at the moment I’m reading an Urdu short story writer called Saadat Hasan Manto, who wrote around the time of Partition. He wrote one of the best stories about Partition. It’s called “Toba Tek Singh,” it’s set in a lunatic asylum, and it makes me laugh in its harsh irony.

PH: Tell me what you love about it.

SR:  We grew up with our parents thinking the idea of Partition was mad. And there you are, in a lunatic asylum, and it is mad and people just cannot make sense of how one people ended up as two nations. What happens to the literature? Can Pakistan’s literature be separated from India’s? It incenses me! And it’s the same with food, you know, what’s the link? Language, food, clothes, all of these things make a culture. And suddenly you’ve got a political Act created by the British wanting to leave in a rush, dividing the nation on the grounds of religion. What makes a nation? The biggest irony, to my mind, is what’s happened recently with the Rohingya people in Myanmar. Buddhists are known for being so peaceful, but they’re capable of ethnic cleansing.

PH: The country I live in is thinking of putting up a wall.

PH: That’s such a beautiful line. I read Indian Cookery of a celebration of no borders, of food as one language. The more languages we know, the better we know how to express our love.

SR: Yes. Food is a way of crossing boundaries and visiting other cultures. It’s an easy and delicious way to do that. To me, now as well as back when I first wrote Indian Cookery, the prime motive of cooking is to bring friends and family together. That’s the collective pleasure of cooking. The time shared around meals, the laughter, the conversation, the memories—all of that remains long after the dishes are washed. In a way the food is incidental, but it must be pleasurable, and people have to enjoy it for the evening to flow. 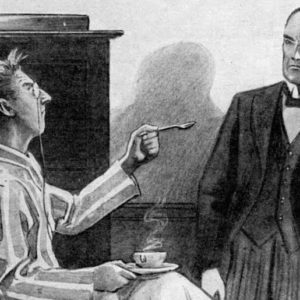 In the 1982 movie, My Favorite Year, Peter O’Toole plays an aging former matinee idol who is suffering through a grueling...
© LitHub
Back to top