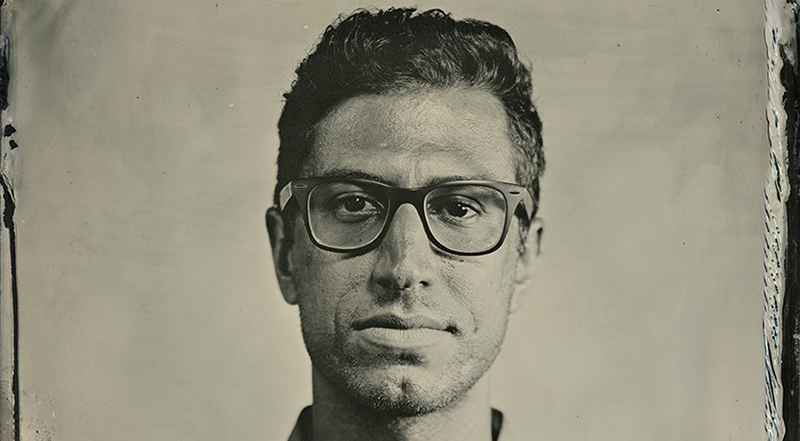 Sam Farahmand: ‘The Bowling League is Going to Solve Everything in This Country’

Sam Farahmand is this week’s guest. His new novel, Chimero, is out now from drDOCTOR.

Brad Listi: I think there needs to be some more symbiosis. If we had more people at Facebook, especially in its inception, that had a little bit more depth and sensitivity, the site might not be such a shit show.

Sam Farahmand: You see in a lot of offices for tech companies, there are those communal spaces, but I don’t know how much socializing actually happens.

Brad Listi: This opens up another can of worms because it’s like the Steve Jobs philosophy of office culture where they’re supposed to be these like serendipitous interactions between people from disparate departments in the company. So he’s like, we have to have an open floor plan. We have to have no hierarchy. I’m all for no hierarchy, but I cannot stand working in a space where everybody’s on top of one another. Nobody can fucking concentrate. If you’re working on something that’s genuinely collaborative and you need to all be in the same space. Great.

But if you’re trying to do something that requires depth of thought and concentration and you’re sitting at some picnic table-type thing in the middle of some giant room and there’s people yammering all around you, like how are you supposed to get anything done? That doesn’t make any sense to me. I’m like totally anti that. Like have a ping pong room. Have some come kombucha on tap or whatever, but like, give me an office and let me shut the door.

Sam Farahmand: Being able to switch modes from that individual space to being able to get somewhere where you’re deep in thought and then come out of that and collaborate, that’s very valuable. I think that’s something a lot of writers understand. You need to be alone, but you also need to be social.

Brad Listi: The social part can be hard.

Sam Farahmand: Yeah, well, that’s where the bowling comes in.

Brad Listi: The bowling league is going to be a solution for thousands of writers.

Sam Farahmand: I think it’s going to solve everything in this country. We’ve got to get the ping pong tables out of those rooms. Get a bowling lane.

Brad Listi: Put a bowling lane in. By the way, did you ever hear of or read the book Bowling Alone? It might be a little bit before your time. I want to say it was a book of social criticism that came out in the late 80s or early 90s. Or maybe it was right as the Internet was coming online. It was a while back, but it turned out to be in many ways very predictive. I think there’s too much isolation, not only in writerly communities, but I think too much isolation among people generally. I don’t think it was always this way.

I think that it’s intensified a lot over my lifetime, partly as a function of age, but also as a function of culture and the way we sort of organize ourselves. I think that it’s at the root of a lot of what ails us. I don’t think we’re well. I don’t think we’re biologically wired to exist in little pockets of isolation or to be staring into our phones all day and experiencing social life through a phone screen.

Sam Farahmand: This is probably been said way too many times, but when I arrived in Los Angeles on Saturday night, I got off the plane and I’m on the bus to go get a rental car. Everybody’s looking at their phones immediately. It feels like they haven’t even landed somewhere else. It’s like they were just always on their phone. Everybody complains about this. I don’t know.

Brad Listi: Keep complaining, though. I try to when I’m in situations where I’m in close quarters with people I try to put my phone away. Increasingly, not always. Just to see if I can get anybody to talk to me. And sometimes they do. It depends on my mood. Sometimes I don’t feel like to.

Sam Farahmand: Start the whole podcast just to get people to actually talk.

Brad Listi: Well, that’s what I mean. I can’t say it enough. Part of the reason why I keep doing this is because it’s the only time I can ever have an extended conversation with another adult. Intelligent people come over, sit down across me. We put our phones away, and I find it really enjoyable.

Sam Farahmand: What do you think the feeling is for the listener? Because it’s got to be similar to having a conversation.

Brad Listi: I will argue that a good interview format show, in particular, where it’s one-to-one or occasionally two people talking to the host or whatever, but I think the intimacy of one person talking to another human being, if the conversation gets interesting, which really only means as long as it’s candid, it’s interesting, I feel like that experience is in many ways similar to a literary experience and that it offers access to the minds of other human beings in a involved way. Literature obviously does it really elegantly, especially when it’s done well. That’s why I think books have such staying power, because there’s no other object of technology that can match them in providing that access.

But because most people listen through headphones or earbuds or whatever, that heightens the level of intimacy and it also heightens the level of concentration. With books, you have to look at the page. It’s kind of the slow food. It sort of enforces a certain level of concentration on you. That’s great and feels good after the fact. With radio or podcasts, I think one of the reasons why they’re so popular is that they offer a similar kind of concentration to a degree, though, you can multitask. But they also offer that access to other consciousnesses and I think that that can soothe people and make them feel less alone. I think that it will sometimes serve as like a proxy for what would otherwise be a social life. If you’re in your house alone or you’re in a car and you’re on your way to work, it’s nice to have company.

Sam Farahmand is a writer from Los Angeles. He is an editor at drDOCTOR and his writing has appeared in Electric Literature, Hobart, PANK Magazine, & drDOCTOR.

On the Creative Process During a Time of Crisis 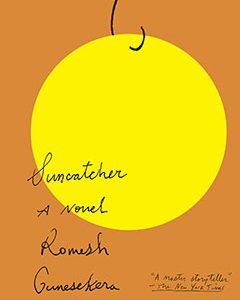 I first met Jay in a church car park off the high road, midway as the crow flies between the mosque and the temple, one June...
© LitHub
Back to top