Sakia Vogel on Grief, Mary Gaitskill, and the City of Angels

The Author of Permission In Conversation with Philip Teir

The story’s protagonist, Echo, has just lost her father, who slipped off a cliff in Los Angeles and whose body is never recovered. Echo spends her days in her parents’ house, eating casserole that the neighbors have been leaving on the doorstep and trying to figure out what to do with her life. One day, she brings one of the meals to Orly, her new next door neighbor, who also happens to be a dominatrix. A kind of friendship evolves, or a working relationship, something in-between. Whatever it is, the controlled intimacy makes sense to Echo. Vogel’s prose is strangely melancholy and desolate, like driving on an empty freeway somewhere on a cliff, overlooking a twinkling city.

Saskia Vogel answers the phone in Berlin, where she lives with her husband. We talked about translating silences, the lure of Los Angeles, and how sexuality is narrated in our culture.

Philip Teir: The novel comes together very beautifully. An appropriate word, I guess, would be satisfying.

Saskia Vogel: Oh, I’m so happy to hear that. Satisfaction is sort of the thing that all the characters are searching for, except for maybe Orly—she is supposed to occupy a sort of mysterious space, in terms of how she is perceived by the other characters, and how she participates in their fantasies. We don’t really get to know her, she is more a figment of the other characters’ imaginations.

PT: The book is being released both in the UK and the States. Do you think there will be differences in how it’s read in both places?

SV: The book hasn’t come out in the States yet, but I’ve noticed more references to Fifty Shades of Grey in the American pre-press. O Magazine described it as ”part prose poem, part Penthouse letter.” In the UK, I think the idea of Los Angeles as a place captures the imagination more. When I talked about the book there, It was really clear how potent the idea of LA is, this place of endless sunshine and openness of spirit. I have the sense that contemporary literature has used elements of BDSM culture more to explore power dynamics, whereas I’m also looking at it from a community angle. I’m interested in the value of sex work for an individual and what might change if we as a society valued sex work. I’m a bit nervous that people will take the novel’s sort of utopian view to be naive or too limited.

PT: I think the concept of bondage comes across more as a form of therapy than as sex work here.

PT: There is a lot of grief in the book. A blurb on the English cover mentions Mary Gaitskill. I also thought of her as I was reading. You have a similar tone—an aching, longing kind of prose.

PT: Echo is trying to figure out what she needs in life, and how to verbalize it. One of the other characters, Piggy, has very much verbalized his needs: he likes feet.

SV: Yes, he has a whole narrative around that and how it started. I did a lot of research into this, and in personal interviews, I found that people can have a very finished way of looking at their sexual preferences, like they’ve sort of boiled it all down to this one thing that maybe happened to them as children. That’s very much in line with how sexuality has been narrated in our culture. There is a limitation to that storytelling. But primarily the book is about love: how we want to receive love and how we want to give love.

PT: Echo’s mother is from Germany, and at one point you describe how she slowly has become more Californian: dyeing her hair, losing her accent. Seems like America can have that power over people.

SV: My mother speaks with a Viennese accent, and when I was a child people said I didn’t sound like I was from LA. Because I’ve lived overseas for so long, I have a very mixed accent, which always gets commented on when I’m in the U.S. in pretty much exactly the same way: “You don’t sound like you’re from here.” But yeah, it’s funny, friends of mine who move to LA have tended to go blonder. I always consider getting highlights when I go home, I don’t know why. I haven’t colored my hair in fifteen years.

Los Angeles can very much be a state of mind, it seems, with actions that follow. For a book I was translating I was listening to a lot of northern Swedish hip hop, and there was this video where these guys from Lapland were filming in Venice Beach or something and everything about the shot on the beach seemed to telegraph, “I have arrived.” Or maybe, “I have transcended”? But what had they arrived at?

LA is a very existential city.You can feel an intense loneliness there, especially when you’re driving point to point. It can be like waiting in line for a ride at an amusement park. You wait, you get on the ride and have your shared experience, then you’re back waiting in line. Unlike a city structured around the communal, building community in LA felt more like a puzzle. You can live one life in one part of the city, and be a completely different person in another part and have a reasonable expectation that those worlds will not collide.

PT: You work as a translator from Swedish to English, and you’ve been translating a lot of novels by successful Swedish women, such as Lena Andersson and Karolina Ramqvist. Swedish is not your mother tongue, even if you went to high school in Gothenburg. When did you reach the point when you decided to try translating?

SV: There was a point in 2013, when I was working at Granta in the UK and I was sent a story from the Swedish editor of Granta, Johanna Haegerström. The story was by Lina Wolff and just blew my mind. I could feel the story in my bones. At this time, me and my husband were thinking of changing our lives, and I was considering becoming a freelancer. I just made a go of it. The last time I doubled down on something that hard was when I was trying to find a job in literary publishing after working as an editor at a magazine in the adult entertainment industry. Because of some social media work I was doing for a high-end sex shop, I had the opportunity to meet the people at Granta in 2010 when they launched their Sex issue, and, well, after being told by recruiters that with my work history I would never ever get the kind of work I was looking for, I treated that meeting like a Hail Mary.

In 2017 I was given the opportunity to translate Lina Wolff’s novel, too. It’s kind of beautiful and full-circle-feeling that The Polyglot Lovers is coming out around the same time as Permission. Translation has fed me in so many ways.

PT: Has translating from Swedish, in particular, affected your own style?

SV: With Karolina Ramqvist’s The White City, I thought a lot about silence. The Swedish language, I find, can hold a sort of baroque silence, full of nuance and meaning. This kind of silence can be carried across in Swedish with a kind of simple and spare prose that can be quite flat translated directly. Translating the silence—the unspoken, the sense of Stockholm muted by snow, and maybe a sort of snow-muted relationship that Karin, the main character, has to the world around and herself—took a different approach in English. Working with Ramqvist’s style on that level, totally influenced my own.

There’s a scene where the main character Karin meets with a lawyer who she hopes will help with her predicament. It’s a dinner scene. Beautifully done in terms of that silence, Karin’s inner turmoil, and her powerlessness, sitting across from a powerful man. I learned so much from that scene, also in terms of how to link atmospheric details to the emotional dynamics of a scene. And in Permission, you can absolutely see Ramqvist’s influence in the chapter where Echo seeks out her ex-agent’s assistant Van… and they end up on a date-or-is-it-a-meeting at a restaurant.

There’s a question I think about sometimes: where does my style end and begin when I translate? I learn so much from the authors I translate, and the idea of the edges of my voice or the line between theirs and mine in English: that feels blurry.

Saskia Vogel was born and raised in Los Angeles and now lives in its sister city, Berlin, where she works as a writer and Swedish-to-English literary translator. Her debut novel Permission will be published in five languages in Spring 2019. It is also being adapted for television.

Finland-Swede Philip Teir is considered one of the most promising young writers in Scandinavia. His poetry and short stories have been included in anthologies, including Granta Finland. He is the author of two novels: The Winter War and The Summer House.

Philip Teir is an author, journalist and co-founder of the literary festival Helsinki Lit. His latest novel, The Summer House, was released in 2018 by Serpent’s Tail in the UK.

On a New Generation of Villainous Women, From Witches to Wicked Stepmothers 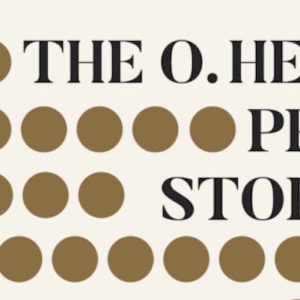 Now celebrating its centenary, the O. Henry Prize Stories anthology, edited by Laura Furman, presents the 2019 winners of the prize...
© LitHub
Back to top