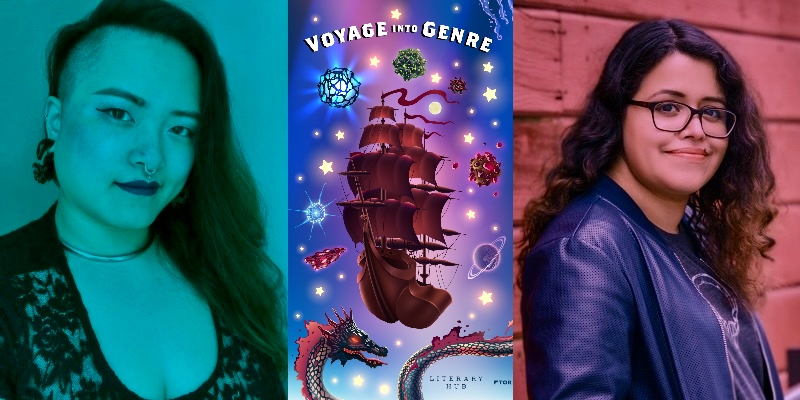 Silvia Moreno-Garcia talks about coming back to a novel (that’s coming back into print), why characters are more interesting than world-building, and how Germán Robles helped inspire Certain Dark Things.

Emily Hughes, site editor for Tor Nightfire, explains why horror matters and why scaring yourself is actually an evolutionary survival trick.

The reason I used a lot of neo-pronouns in the book was because I have been searching for a long time to find works that use neo-pronouns extensively. I first came across them probably in 2013, which was when I first started exploring nonbinary identity. I just thought they were super cool because from a linguistics point of view, there’s the common separation of open classes of words and closed classes. So nouns are open classes; you can easily add to them. And pronouns have traditionally been seen as closed classes. But neo-pronouns are proving that wrong because you can invent new ones and then people still find ways to to do the declensions. You see she/her and then you realize this new pronoun is se/ser and you’re like, okay, yeah, that makes sense. One thing I really wanted to do with that was just no explanation—throw the reader in. Because when I’ve taught workshops on writing with neo-pronouns, a lot of people worry about getting tripped up on the neo-pronouns. But with this story I wanted to show that yeah, you might find it clunky for a page or two, but after that you’re more immersed in the story and you might not even notice it. So that was something I wanted to explore. And I think the great thing about secondary worlds, too, is that you can manipulate the social and cultural norms. Previously when I when I wanted to write with neo-pronouns, I was like, “I have to explain this. I have to orient the reader. I have to show how it’s used in the culture.” But I’ve always wanted to write a story where people don’t have to explain, which isn’t really how it happens in our world.

Silvia Moreno-Garcia on her master plan for genre-hopping:

Nobody has asked me if there’s a method to my madness, if I’m following a specific kind of genre path that I’m trying to reach, which I kind of am. It was a bit of a master plan. It’s been changing now as I’ve been doing some other things, but it was this idea of doing what would have been all my favorite childhood genres and tackling them in my own way. So doing a fantasy quest and then doing like a vampire book, a serious sort of noir, that sort of stuff, until I lined up everything that I really liked when I was a kid. I figured right now that I’m missing Westerns and I’m missing also Bible epics; I’m not sure what to do about that one. I used to watch with my great-grandmother as a kid, when we used to sit down in front of the TV set and she would knit and I would just watch these things and come up with stories in my mind. I mean, being Catholic during Easter, it’s the whole story of the crucifixion of Christ and you get all these big epics with girls and belly-dancing outfits. And I kind of want to do that, but not sure who—Salomé seems too obvious. We’ll see.

Emily Hughes on the universality of horror:

People think that horror is one thing, especially people who haven’t really engaged with it as a genre. If we would even classify it as a genre—I kind of think of it more as a mode. It’s a way of telling a story, not a monolithic subset of fiction or even nonfiction. Horror as a mode is so versatile, and it’s something you can sort of sprinkle in like a seasoning if you’re telling a story that has another angle to it. And I just think that’s fascinating. I think it’s just such a rich part of being human that in a lot of arenas we don’t really talk about. And we should, because we all experience it. It’s as close to a universal experience as I think there probably is. And horror fiction is really my preferred avenue for that. I mean, therapy is great, too, but sometimes you just need a scary book.

In the Wild Light by Jeff Zentner, Read by Michael Crouch 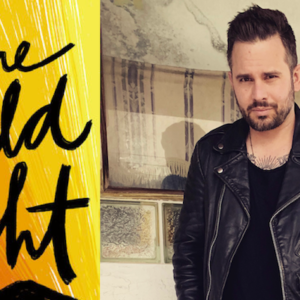 In the Wild Light by Jeff Zentner, Read by Michael Crouch