Ryushin Paul Haller on the Zen Rituals of Quarantine

In Conversation with Naomi Shihab Nye
on The Quarantine Tapes

Guest host Naomi Shihab Nye is joined by Paul Haller on Episode 182 of The Quarantine Tapes. Paul is the former abbot of the San Francisco Zen Center. Naomi and Paul talk about how his practice has changed in the past year, with Paul sharing how his community has been affected by this moment. As the vaccination begins to enter our lives, Paul talks about the experience of reconnecting with friends. He expresses his gratitude for how we are able to appreciate those connections in a new way after our time apart. Paul shares stories from this time at home, introducing listeners to the European bee in his backyard and the other realizations that have come out of this deeper connection to physical space. In their fascinating and thoughtful conversation, Naomi and Paul discuss poetry, silence, and the connections they’ve experienced in the past year.

Ryushin Paul Haller: I think it does incline us towards a deeper appreciation and a deeper questioning of what we’re doing, and attention to it. That’s what I find for myself know. Just like noticing that bee as the first sunlight hits those flowers and just finding a rhythm within my day, and then being able to do that collectively. I find there’s a hunger for that, too. As we’re more contained in our activities, that aspect of Zen, which is where the everyday activity is almost ritualized, it becomes a precious event, something we give our attention to.

Ryushin Paul Haller has lived and practiced at San Francisco Zen Center since the 1970s and held many positions at Tassajara and City Center. He received Dharma Transmission from Sojun Mel Weitsman and has been teaching for over 30 years. He served as Abiding Abbot at City Center from 2003 to 2012, and is currently the Urban Temple Dharma Teacher at City Center. Originally from Belfast, Northern Ireland, he teaches throughout the US and Europe and has led mindfulness programs to assist with depression and recovery. Paul has also taught in prisons and has a long involvement with the Zen Hospice Project. He has been practicing yoga for 30 years.

Naomi Shihab Nye is the Young People’s Poet Laureate (Poetry Foundation), the Poetry Editor for the New York Times Magazine, on faculty at Texas State University, and author or editor of more than 30 books. She was selected by the National Book Critics Circle to receive the Ivan Sandrof Lifetime Achievement Award, 2020. 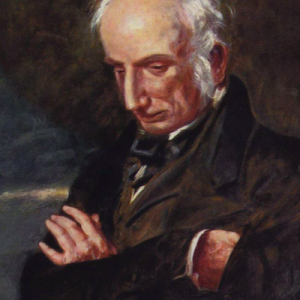 It’s William Wordsworth’s 251st birthday today, and we’re celebrating by taking a look at people who didn’t like...
© LitHub
Back to top