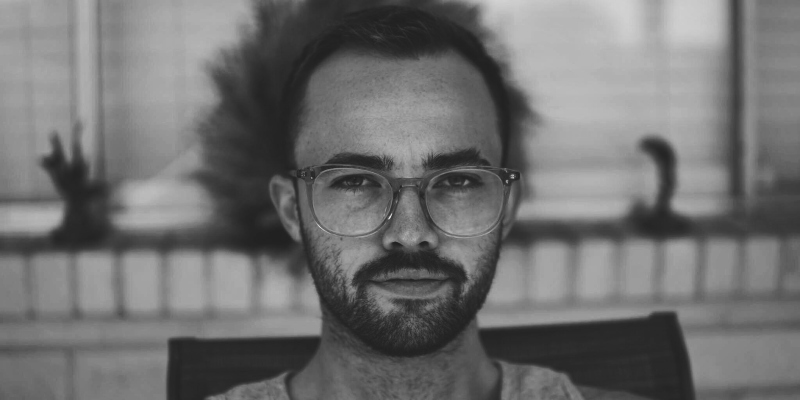 “I know your mom’s new boyfriend might call / it a ‘love tap’ and think you’ll forget,” begins Ryan Skaryd’s piece, “To My Student Who Thinks He Will Be Disowned If He Tells His Parents He Wants to Do Drag.” It’s the first two words that clue us into the intimacy and immediacy of this epistolary piece: “I know.”

Teachers often spend more time with some students than anyone else in their lives, if only for a semester or a year. There is a delicate balance of power, of guidance, of offering what you can do for so many years. Like drag, it is a performance. This piece promises a student what so many young people are looking for: to see them and to know them and to accept them, not despite who they are but because of it.

Listen to Ryan Skaryd read “To My Student Who Thinks He Will Be Disowned If He Tells His Parents He Wants to Do Drag” on Micro. Subscribe and listen in full, wherever you get your podcasts!

Kirsten Reneau: This poem draws influence from Laurie Uttich’s piece “To My Student with the Dime-Sized Bruises on the Back of Her Arms Who’s Still on Her Cellphone.” Can you explain how you found her poem and its influence on this one?

Ryan Skaryd: Laurie was my thesis director during my MFA program and is one of my closest friends. I was so proud of her with her publication, and I found myself returning to her poem often—showing friends, family, students. It pulled back the curtain on how we feel as instructors, and I found myself considering my own performance as a person in that roll. How do we build trust with our students? How can we guide them honestly while still holding the intentions and values of higher education?

KR: Both Uttich’s poem and yours start in a second-person, epistolary format. This can be a really intimate form—can you talk some about using this point of view?

Ryan Skaryd: If I ever get stuck in first person while writing, I switch up the POV to see if I can find any new insights and create more distance until I know where I’m going. For this piece, the second-person felt much more natural and stuck. I think writing is very intuitive, so I try not to question myself too much on bigger ideas if something feels right. I found that this POV brings the reader in more, questioning more than just a separate experience and, hopefully, living with the writing as if I’m speaking to them directly.

KR: In the last two stanzas, we have an “I” enter the poem. How did you decide to make this turn from “you” and include the narrator directly?

Ryan Skaryd: It’s that twist of the knife—stab the reader and twist at the end. Someone told me this once. (It might have been Laurie, actually.) Once the reader is invested, that’s when the surprise can come. I also wanted to be as honest as possible. It isn’t always rainbows, and not everyone will smile and nod along. That’s okay. The point of the persistence is key with the switch here. We’re all trying our best.

KR: If you had a crown, what would it to look like?

Ryan Skaryd: Black and felt. After some time, I might add a gem or two to bling it up a bit. I see it as something that would blend in, but once people notice it, they’d do a double take.

Ryan Skaryd: I’ve embraced the random aspects of writing as I’ve gotten older. What was once a rigid routine has evolved into haphazard sprints whenever I feel called. I can’t put a time limit or too much pressure on myself when it comes to time, or else I wouldn’t be able to have a sense of freedom in the process. Most of the time, the idea comes as an image—whether it be an object, an opening scene, or the very last thing I want the reader to witness. I allow that image to be with me until it pokes long enough, and then I ask questions.

For me, this is how the genre also comes out. My MFA’s focus is in nonfiction, and during the program, around the start of the second year, I began to explore poetry. My thesis became a hybrid assortment of essays, flash nonfiction, and poems. After I graduated, I started to dabble in fiction and graphic narrative. Now, the genre and the subject of the piece always feel connected in a deeper way for me, and with a lot of practice, experimentation, and drafts, I find that the piece lands where it is supposed to.

Ryan Skaryd lives in Orlando, where he currently teaches and writes. His chapbook, bottle rockets, was published by ZED Press in 2019.

Kirsten Reneau is a writer, teacher, and interviewer. She received her MFA from the University of New Orleans in 2021 and lives there now with her dog. Her personal work can be found online at http://www.kirstenreneau.com.
Kirsten ReneauLaurie UttichLit Hub RadioMicropodcastsRyan Skaryd
Share:

Artist Lita Albuquerque on Regeneration After the Fire 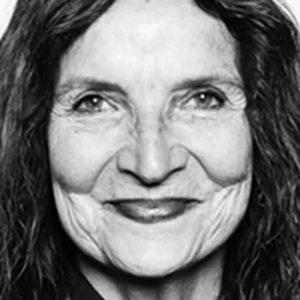 Artist Lita Albuquerque on Regeneration After the Fire