Roxane Gay on Empathy, Race, and the Work of Alice Childress

In Praise of a Mid-Century Classic

I think a lot about the nature of empathy, because true empathy can be so elusive. We get so wrapped up in our lives that it is difficult to truly try to understand the lives of others. I have always been an avid reader, and I have turned to books for many reasons—solace, entertainment, to satisfy my voracious curiosity about the human condition. And it seems my instinct to read to understand others was well directed. A 2013 study by researchers at the New School found that reading literary fiction improves our capacity for empathy.

I also think a great deal about representation—whose stories are being told, by whom, and why. For far too long, there has been a dearth of stories about those of us who are, in some form or fashion, marked by difference. It is, perhaps, no wonder that there has often been little empathy for those of us who are different. If no one knows our stories, how can they care about our lives?

This dearth of inclusive representation in literature makes the 1956 Alice Childress novel Like One of the Family all the more remarkable for its grace and prescience. The novel is composed of a series of conversations between Mildred, a domestic worker, and her friend Marge. In each vignette, Mildred offers sharp insights into the nature of domestic work, race, and class, and what it meant to be a black woman, in mid-20th-century America. The novel is also shaped by wit and warmth. Childress is an engaging and immersive storyteller, and in her capable hands, she makes it so very easy to understand the lives of her characters and those they stand for.

Throughout the novel, Mildred shows a keen understanding of her place in the world without letting her place in the world define her. She knows her worth, even in a world that too often seeks to demean and diminish her. In the vignette “If You Want to Get Along with Me,” she discusses one of her employers, a Mrs. M., who is endlessly curious about Mildred’s life but who also has such an impoverished understanding of black women that she often ends up being insulting. As Mildred begins the story “All About My Job,” she talks about how much she needs a friend because “in the first place I’m colored and in the second place I do housework for a livin’ and so you can see that I don’t need a third place because the first two ought to be enough reason for anybody to need a friend.”

The vignettes in Like One of the Family humanize Mildred and Marge, the kind of women who were often invisible in plain sight, taken for granted if they were noticed at all. Mildred, in particular, is a vibrant character, with a rich and complex inner life. Like anyone, she has a social circle, a love interest, hobbies. It is in portraying Mildred as a well-rounded woman that we clearly see the deftness and elegance of Childress’s portrayal. We see the importance of this novel as it reminds readers of a black woman’s humanity in smart, subtle ways.

We learn Mildred is politically engaged in “Weekend with Pearl,” and again, she offers impeccable insight into what it means to be black in America, telling Marge, “We always some ‘problem’ and people takin’ pot-shots at us is always called ‘tension’ and why you and me who have been citizens for generations should be called ‘minorities’ is more than I can see.” In “New York’s My Home,” Mildred tells a charming story about her friend Mamie visiting and how their adventures throughout the city, however exhausting, renewed Mildred’s appreciation for New York.

By the end of Like One of the Family, the power of Childress’s writing and Mildred’s story are undeniable, a clarion call that endures. This is a gorgeous novel that is political without trying to manipulate readers’ sensibilities, without ever forgetting that a novel, political or not, must first and foremost entertain.

Sixty years later, what Mildred, by way of Alice Childress, had to say about race, class, and gender remains painfully relevant. In “Got to Go Someplace,” Mildred talks about the precarious nature of black life. “Don’t it give you the goose pimples when you realize that white people can kill us and get away with it?” she asks Marge. “Just think of it,” Mildred continues. “We are walkin’ targets everywhere we go—on the subway, in the street, everywhere.”

Given the murders of Alton Sterling, Philando Castile, Michael Brown, Sandra Bland, Tamir Rice, Eric Garner, Tanisha Anderson, Akai Gurley, Freddie Gray, Kajieme Powell, Ezell Ford, and so many others, at the hands of the police no less, we are still reminded that black people remain “walkin’ targets.” We are reminded of the necessity of social movements like Black Lives Matter because there is so much evidence, in every aspect of our lives, to the contrary.

Excerpted from Like One of the Family: Conversations from a Domestic’s Life by Alice Childress (Beacon Press, 2017). Reprinted with permission from Beacon Press.

Roxane Gay's writing has appeared or is forthcoming in Best American Mystery Stories 2014, Best American Short Stories 2012, Best Sex Writing 2012, A Public Space, McSweeney’s, Tin House, Oxford American, American Short Fiction, West Branch, Virginia Quarterly Review, NOON, The New York Times Book Review, Bookforum, Time, The Los Angeles Times, The Nation, The Rumpus, Salon, and many others. She is the author of the novel An Untamed State, which was a finalist for the Dayton Literary Peace Prize for Fiction; the essay collection Bad Feminist; Ayiti, a multi-genre collection; the memoir Hunger; and a comic book in Marvel’s Black Panther series.

On Taiwan and Refusing to Stay Silent 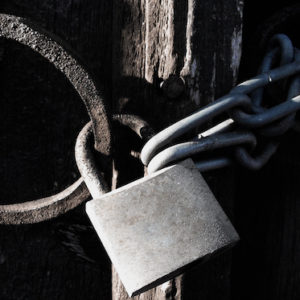 During the prayers of the people on the Sunday after America's recent presidential election, the pastor read the prayer card...
© LitHub
Back to top