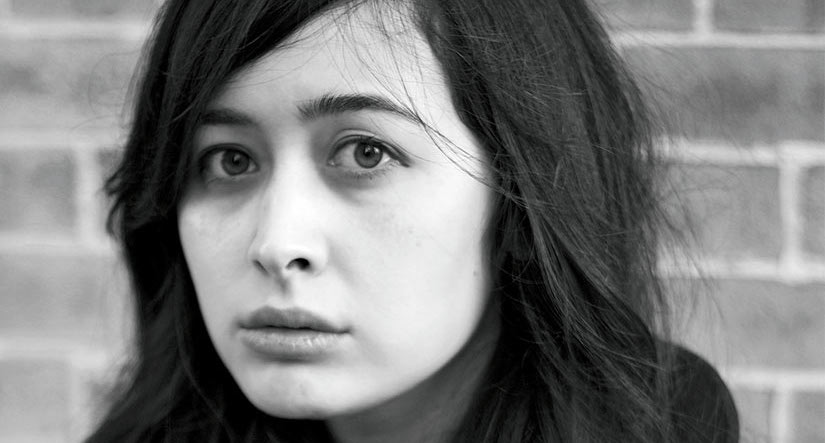 Rowan Hisayo Buchanan on the Joy of Flawed Characters

Bethanne Patrick in Conversation with the Author of Harmless Like You

On her website, Rowan Hisayo Buchanan writes “I’m British, Japanese, Chinese, and American—hyphenation and ordering vary depending on the day.”

However, when it came to writing fiction, Buchanan found that depicting the varied was a challenge. In an interview last year, the reporter noted that:

Buchanan. . . used to only write white characters. “The standard character was a white person,” she says. “I get really excited when I read writers who write people who, let’s be honest, don’t have my exact racial makeup but who are mixed-up in that way. I wanted to start writing characters like that.” But she discovered an unseen challenge while writing short stories: a simple last name provided no clues for readers to imagine ethnicity or background. “You end up having to give these mini-histories. It can be quite challenging, especially in a short story, to get that information across in a way that feels natural.”

Fortunately, in her debut novel Harmless Like You, Buchanan does find ways of depicting difference, painting characters from numerous races and cultures without having to type “This character is Asian” or “The woman was black.” Her ways of infusing a character’s culture have more to do with habits and perspective than with pigeonholes, making this the rare debut that does not smack of received knowledge.

Buchanan has a BA from Columbia University and an MFA from the University of Wisconsin at Madison, and her work has appeared in publications from Guernica to Granta to The Guardian and more. We spoke by phone, she in her sometime-home in Norwich, England (she spends part of the year in Manhattan) about Diet Coke, emotional truth, and hairless cats.

Bethanne Patrick: What’s it like to have your debut out there in the world? Despite the state of the world. . .

Rowan Hisayo Buchanan: It’s weird. You keep something on your computer for so long, and suddenly it’s out in the world. It came out in the UK last August, which feels like a while ago, but at the same time I’m still constantly surprised by reviews and readers.

I worked on my book for about three and a half years. I was doing my MFA at the University of Wisconsin, Madison, and I thought well if I’m going to write a novel at any point, it will be now. It may be terrible, in the way your first short story is terrible, but I’d better try and write it, finish it. I started writing something that I barely remember now. It wasn’t this book. There wasn’t any heart in it. It became this very mechanical, strange thing, but then something happened to my mother [NB: Buchanan’s mother experienced Transient Global Amnesia, which one of her protagonists also experiences] that really threw me, and I started thinking about what was emotionally important to me. I find that my best writing comes out of emotion, so I started exploring what would have happened if my mother wasn’t there. . . And why wouldn’t she have been there?

BP: What happened next?

RHB: Most of my work on this book happened during what I call, somewhat grandiosely, my “art nun years.” I was in Wisconsin, a place I never expected to experience, and I spent a lot of time going back and forth to the corner store for my writing incentive—Diet Coke. I wrote and read and read and wrote and made very boring meals for myself. Looking back, it was a pleasure. I handed in a version of Harmless Like You as my final big piece of writing and realized wait, now I need to be in the real world. How am I going to do that? I decided I wanted to return to England, where I’d grown up, after spending nearly eight years in America. I packed my bags and moved home and moved in with my parents. “So you’re going to leave eventually?” my father would say. “Yeah, yeah, I’m going to leave eventually!” I would respond. To support myself, I started teaching secondary school English, and got really absorbed in it, finding the kids I was teaching very sweet and very smart. Thus, my sending-out process was a bit less organized than some of my friends, who have beautiful spreadsheets. My system: It’s midnight and I’m really, really sad. I’ll send this out!

BP: And then what happened?

RHB: I received a fellowship that took me back to New York—and the only reason I could take it is because my grandmother could accommodate me in her Manhattan apartment. I moved and I worked on editing the novel and on some short stories; there was a lot of waiting to hear back. I got the call from the woman who is now my agent while I was in this art class. I had to go outside to take the call, and it was fairly early in the day. I was sitting on this really low wall outside the Guggenheim trying to have a serious person voice while pretty much jumping up and down! What a great backdrop for my own New York movie moment. Although my book came out in Britain first, it’s quite an American book, and I hope it will find a home and a good reception in America. That’s very important to me.

BP: I noticed that you have a section called “Thanks” instead of “Acknowledgements.”

RHB: I didn’t realize I’d done a weird thing until after I had written it. I think the whole time there’s this lovely idea of the writer as a lone wolf and maybe there’s a writer who’s that person but I know I couldn’t have written the book without the people in my life. The whole time I was writing I would say thank you thank you thank you but I didn’t know if the people I was thanking would realize how much their help meant to me. Afterwards I realized you don’t normally title your thanks “Thanks,” but that’s the emotional truth of it. I left someone off in the British version and that simply gutted me. How? How did I leave her off? It’s like this: When you’re a writer you’re scared, you have problems, but oh my goodness I was the recipient of so much kindness and I want to acknowledge it. There’s also the issue of whether or not you tell people that you’ve thanked them. Novelists have a complicated relationship with self promotion, and I don’t want people to feel pressured in any way about buying the book. “Oh, hey, I noticed you thanked me.” “No, thank YOU!” That kind of thing. Also, the book is dedicated to my mother, so she’s up front and in the back? I’ll feel obligated to dedicate the next book to my father. . .

BP: Does it matter to you if people equate your characters’ experiences with your own?

RHB: I’ve never a hairless cat like Jay does, but it makes me really happy when people ask: It makes me think I’ve done a good job. Not that I think my novel is replicating my life. . . I don’t mind in regards to myself, but what I wouldn’t want is for my family’s life to be equated with book. On some level I’ve been less defensive of myself than of my family. I write quite flawed characters; they aren’t necessarily characters that anyone would want to be confused with, but they are my characters and I love them the way you love your dearest friends. As a reader, I love flawed protagonists, they’re the characters I love reading most—the ones I struggle to have sympathy with are the superheroes, perfect characters. The ones who do the wrong things sometimes and have regrets, those are the characters I think I’m most compelled by as a reader. I probably aspire to write characters like that. It’s hard to write outside of what you love.

BP: Why was it important to have Yuki live in Berlin?

RHB: Well, I think there’s a very strong immigrant story narrative that is true for some people. You come from one country and you go to another country and you have the choice to assimilate, or come back. You move; having moved once, you can move again. On some level, for Yuki, it didn’t make sense to go back to Japan. She ends up moving to Europe, and since she’s a painter Berlin made sense because it has such a vibrant art scene.

However, I also knew I couldn’t write Berlin from the perspective of someone who lived there, so I made the decision to write those sections from Jay’s perspective, as a visitor. One of the biggest changes I made in my drafts was to rewrite Jay entirely. At first, I’d written their stories, mother and son, in parallel, but I realized you don’t need to hear about his teenage years. We’re living in this era where you can find anybody, unless they actually go into hiding, so the book couldn’t be a quest narrative. There had to be another reason for Jay to find his mother.

BP: Your use of paint colors described in your chapters is synaesthetic. Do you have synaesthesia?

RHB: I mean, I think, and I wouldn’t want to claim I have that, I don’t know medically how far one goes, but I definitely always experienced color and light emotionally. I’m a very visual person so often when I’m imagining things I would see the scene before I wrote it down. To me, the most natural thing would be to express emotion through the visual, although when I was editing I found I needed to be more specific at times. I love artists, and I love art, but one thing I didn’t want to do was the thing where you write about an artist but you’re really just writing about being a writer. Being a painter is visceral. When Yuki is thinking about art, she’s not being a secret novelist. Also, I love paint and get excited about the differences between indigo and delft, but I realized not everyone spends a lot of time in art shops wishing they could have every color—so I tried to share some of that joy in a relatable way.

BP: What comes next?

RHB: I am working on another novel but I don’t want to talk about it because it’s too unformed at the moment. But it is set in England because now that I’m living here I find myself wanting to write about the place where I am. I’ve been editing an anthology for The Feminist Press called Go Home, an anthology of Asian/Asian-American writers about the idea of home. That’s a very ineffable thing and I think everybody, but especially people whose families aren’t from the country they live in, has to create a relationship to the place they live in. Home is an idea, home is a set of people, it’s an emotion, it’s a wish.

We were coming up with the proposal for it ages and ages ago, and as the news went on I kept seeing things that made it relevant: The NYT reporter told to “go home” happened before we’d even finished proposal. A lot of novelists want to be listeners more than they want to be speakers; it’s a pleasure, for me, to speak out on something important.

The Dark, Orwellian Power of Steve Bannon, on Display at CPAC 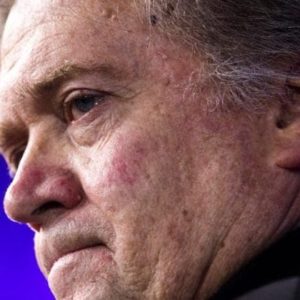 The Dark, Orwellian Power of Steve Bannon, on Display at CPAC

It’s just after 10am at the Potomac Ballroom of the National Harbor Convention Center and Donald Trump is walking slowly...
© LitHub
Back to top