Roses, in the Mouth of a Lion 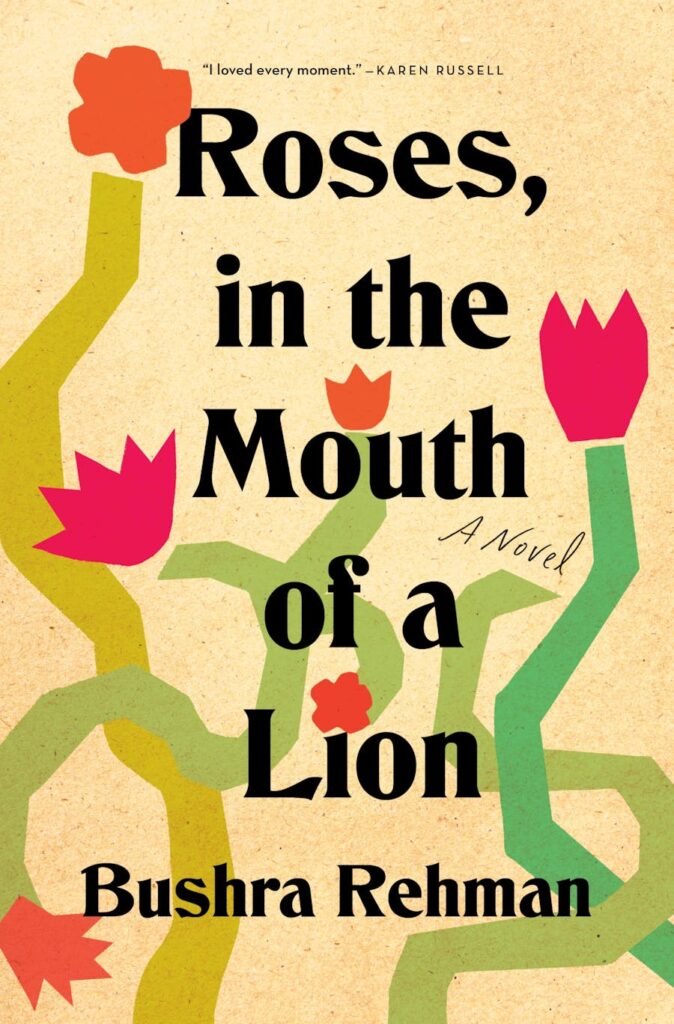 The following is from Bushra Rehman's Roses, in the Mouth of a Lion. Rehman grew up in Corona, Queens. She is co-editor of Colonize This! Young Women of Color on Today's Feminism, and author of the poetry collection Marianna's Beauty Salon and the dark comedy Corona, one of the New York Public Library's favorite books about NYC.

On Saturday mornings, I went to Taslima’s house as early as possible so I could catch Casey Kasem’s American Top 40. We were like junkies at the racetrack. If our songs were called, we felt we were winning. When our songs fell behind, we were personally insulted.

Taslima got away with listening to music in a way I never could. She had a mother who wasn’t as religious, a door she could lock, and a clock radio. Well, it was Aliza’s clock radio. Their father had given it to Aliza so she could get to school in Flushing on time, not realizing that now Aliza, and by extension me and Taslima, could listen to music as much as we wanted with just the press of a button and the turn of a dial. We listened every second we got, the volume turned down low.

I loved that clock radio. The time was told in neon red digits. There were smooth buttons all along its light purple surface. “Not light purple,” Taslima always insisted, making fun of the way Aliza said it, “lavender.”

One Saturday, we were propped up on Taslima’s pillows, our heads close to the clock radio. Our talking was interrupted by the prerecorded chorus: “Casey’s Coast to Coast . . .” and then the distinct rasp of his voice: “Hello again and welcome to American Top Forty. My name’s Casey Kasem and we’re counting down the Billboard top hits. These are the records you’re buying and record stations are playing all across America as rated by Billboard magazine.”

“God. Ever since you read Catch-22, you think everything’s a catch-22. I’m going to tell Aliza to stop lending you her books.”

Taslima and I jumped out of bed.

For weeks we’d been doing endless renditions in front of the mirror. Even though we made fun of the way Tiffany danced, it ended up becoming the way we danced, putting our hands through our hair, winking, and doing a weird herky-jerky wave with our chests. We strained our voices trying to hit Tiffany’s high notes: “I think we’re alone now . . . Doesn’t seem to be anyone around . . .”

There was a banging on the door. It was Aliza. “Taslima! What are you doing in there? It sounds like an earthquake. And you’re not alone. We can all hear you!”

We turned off the radio but couldn’t stop laughing.

Aliza banged again. “I told you a million times not to play with my radio. I mean clock! Ammi!”

We heard her run downstairs, but we knew Aliza wouldn’t really tell because then the radio would be taken away and Aliza wouldn’t be able to listen to music either.

We lay down on the bed, out of breath, not opening the door, in case Aliza was waiting outside to pounce.

After a few minutes there was another knock.

“My God, what does a girl have to do around here to have some peace and quiet?” Taslima whispered in an exaggerated voice, like Blair from The Facts of Life. I broke into more laughter.

We sat up and she quickly turned off the radio and opened the door.

Instead of coming inside, Taslima’s father stood outside and peered in. He was different from the other fathers. He read Urdu poetry, kept a vegetable garden, and cooked the most delicious biryani. For the last few years he’d been sick with an illness no one understood. His work clothes hung on his skeletal frame.

“Razia!” He acted like he hadn’t seen me in forever, when the truth was I spent more time at Taslima’s house than I spent at mine.

“Wa alaikum asalaam.” He smiled at me, then turned to Taslima. “Beta, what are you doing?”

Taslima looked at the clock radio guiltily. “Nothing, Abu.” She tried to change the subject. “Are you going to work?”

“Oh yes, work, work, work.” He sighed and came into the bedroom. “Did I ever tell you about my first job when I came to America?” Uncle took any excuse to sit down and tell a story. He sat now on the edge of the bed. Taslima and I moved over. “You know those places that make food very quickly?”

“You worked at McDonald’s?” I was amazed.

“That’s the one. It was my first day, so the manager gave me an easy job. He said, ‘You! Wash the dishes.’ So I gathered all the dishes”—he imitated carrying a large stack of plates—“and put them in the sink. Then boom!” Uncle blew his hands up in the air. “The sink exploded!”

“What? Why?” Taslima and I burst out.

“I thought it was a sink, but it was really a deep fryer. You know, where they make the French fries?”

“You know American sinks are full of dirty water with dishes soaking in them. I thought it was water, not oil.” He shook his head. “The manager was so angry. They had to close down the kitchen and throw out the oil. Very dirty oil. They used it for months. The manager said to me, ‘You’re fired!’ But I didn’t speak English well then. I didn’t know what ‘fired’ meant. I thought he was saying I started a fire, so I nodded yes.”

Taslima and I were both trying not to crack up.

“Well, after that day, the manager was going on vacation. I just kept coming every day. After two weeks, the manager returned. I still didn’t know I had no job. I just knew this was the man who was angry at me. So when I saw him, I hid under a table. The manager saw me and said, ‘You! What are you doing here? I fired you weeks ago!’”

We couldn’t hold it in any longer. Taslima and I burst into laughter, imagining her father getting caught hiding under a table. Taslima’s father smiled. It was always this way with our fathers. They made stories of cruelty seem so funny.

The digits of the clock radio caught his attention. “Okay, Beta. It’s time for me to go.”

He patted his thighs a few times, as if he was revving himself up, then lifted himself slowly. He smiled, looked at the clock radio, and said to Taslima right before walking out the door, “You’re never alone, Beta. You’ll always have me.”

He was so thin, walking away from us, the shadow of the young man inside him tugging at his sleeves.


Bushra RehmanExcerptFlatiron BooksRoses in the Mouth of a Lion
Share: 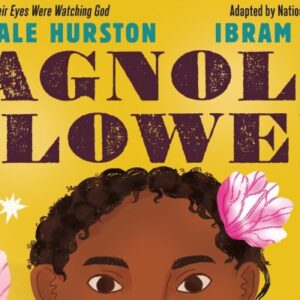 Magnolia Flower by Zora Neale Hurston and Ibram X. Kendi, Read by Sheryl Lee Ralph Every Monday through Friday, AudioFile’s editors recommend the best in audiobook listening. We keep our daily episodes...
© LitHub
Back to top