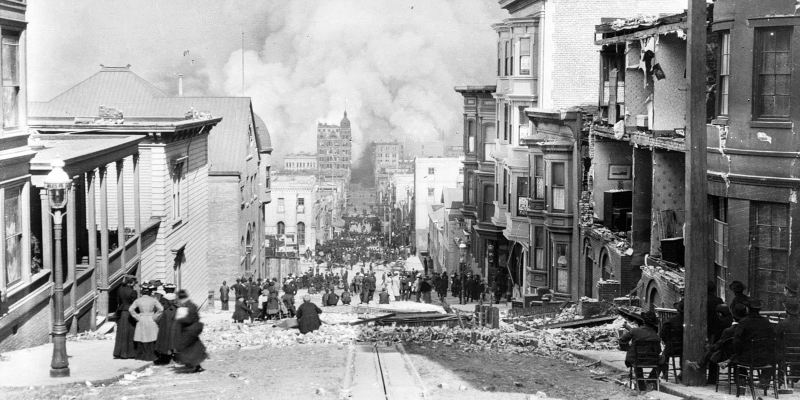 In Conversation with G.P. Gottlieb on New Books Network

Ron Nyren’s The Book of Lost Light—winner of Black Lawrence Press’s 2019 Big Moose Prize and finalist in the 2020 David J. Langum, Sr. Prize in American Historical Fiction—tells the story of Joseph Kylander, whose childhood in early 20th-century San Francisco has been shaped by his widowed father’s obsessive photographic project and by his headstrong cousin Karelia’s fanciful storytelling and impulsive acts. The 1906 earthquake upends their eccentric routines, and they take refuge with a capricious patron and a group of artists looking to find meaning after the disaster. The Book of Lost Light explores family loyalty and betrayal, Finnish folklore, the nature of time and theater, and what it takes to recover from calamity and build a new life from the ashes.

GP: Why did you call the novel The Book of Lost Light?

RN: It went through many titles. The working title was Boy Made of Light, because Joseph is photographed from his infancy onward by his father, and that becomes so much a part of his identity, his second self that is in the photographs. That didn’t quite seem to have a poetic ring to it, and I ended up thinking of Lost Light as a title, then Book of Lost Light. There is a portfolio that Joseph’s father, Arthur, assembles of all the photographs of Joseph’s life, and that ends up playing a role in the plot. So I thought Book of Lost Light was right. Book of Lost Time was good, too, but it was a little too close to In Search of Lost Time, and I didn’t want people to think, “Oh, Proust is involved here.” Although Proust was one of my inspirations, he does not play a role in the book.

GP: Karelia, Arthur’s niece, comes to California at age 12 to look after baby Joseph, whose mother has died in childbirth. What did you love about her character?

RN: When I started researching this book, I was interested in Edward Muybridge and his work of documenting motion, his very scientific approach. I was interested in what else was going on in photography at the time. I found out that around that year there were also the Pictorialists, and there was a group of them in California doing fascinating work with photography as an art. And the women photographers of the Bay Area, in particular, fascinated me. There was one who inspired the character of Karelia. I knew I wanted someone who would be a counterpoint to Arthur’s more scientific way of photographing the world, and I made Karelia a Pictorialist photographer whose way of looking at the world is very different, very imaginative, very expressive. Joseph is sort of torn between them: he appreciates both of them, he loves both of them, and they do not always get along.

GP: Arthur Kylander is a difficult and unusual person—was his character based on someone in particular?

RN: Really, Edward Muybridge himself was an inspirational figure for Arthur. The book makes a point of mentioning that they have some similarities in their physical characteristics as well. But there’s something about Muybridge’s obsessiveness—he took hundreds of images of people and animals in motion—I found really appealing, so Arthur has a similar level of obsessiveness. I love writing about characters who are like that, sometimes to the exclusion of their own good, sometimes interfering with their own relationships with people.

GP: The pivotal event of Joseph’s life, at about 15, was the San Francisco earthquake of 1906. Can you talk a bit about that? Would a Berkeley millionaire like Hallgarten have opened his home to wandering refugees from San Francisco?

RN: Yes, that was what fascinated me, too—just how much Berkeley and Oakland citizens opened their doors to refugees from the earthquake. It struck at 5:12 am on April 18, 1906, so no one was up and about, which in some ways was good, but people ran out of their houses in their pajamas, in many cases not knowing what went on. The earth may have tilted, may have crumbled, may have been perfectly safe, but they felt that huge rumble and knew to get to the streets. Some of them were able to get back into their homes to gather up a few possessions, but in a panic you don’t know when the next temblor will strike. For others, their houses burned, and they had to flee with nothing. So the plight of the people who went through the earthquake was extraordinary, and I was moved by the generosity of people from all walks of life.

Ron Nyren’s fiction has appeared in The Paris Review, The Missouri Review, The North American Review, Glimmer Train Stories, Mississippi Review, and 100 Word Story, among others, and his stories have been shortlisted for the O. Henry Awards and the Pushcart Prize. His writing about architecture, urban design, and sustainability has appeared in Urban Land, Interior Design, Metropolis, and elsewhere. He is the coauthor, with his spouse and writing partner Sarah Stone, of Deepening Fiction: A Practical Guide for Intermediate and Advanced Writers and a former editor of Furious Fictions: The Magazine of Short-Short Stories. Ron earned his MFA in creative writing from the University of Michigan. A former Stegner Fellow, he is an instructor in fiction writing for Stanford Continuing Studies. In his free time, he loves going to the theater, museums, and the San Francisco Bay. 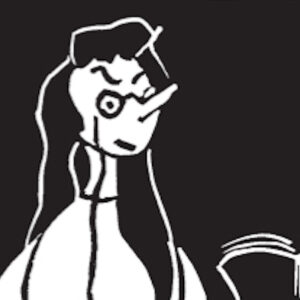 Multihyphenates can get a bad rap, accused of not committing to one thing: operating in the gig economy, creators can feel...
© LitHub
Back to top