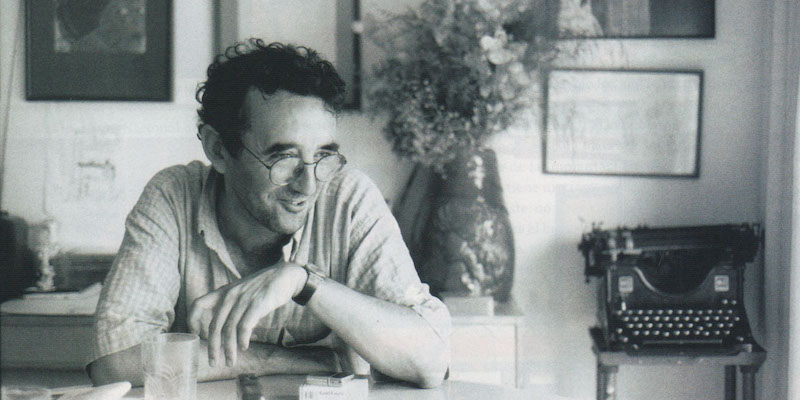 In 2006, Roberto Bolaño, who died 18 years ago this week, published a list of “advice on the art of writing short stories” in World Literature Today. The mini essay was translated by David Draper Clark; the original Spanish version was published in Bolaño’s 2004 essay collection Entre Parèntesis. The advice Bolaño gives to aspiring writers is very specific (dress like Petrus Borel), and probably not for everyone (write fifteen stories at a time??), and actually a little edgy (almost no one who writes these kinds of lists explicitly rules out other writers), but ultimately, it can be boiled down to one major point: you must read. Well, you won’t hear any argument from me on that one.

Now that I’m forty-four years old, I’m going to offer some advice on the art of writing short stories.

2. It is best to write short stories three or five at a time. If one has the energy, write them nine or fifteen at a time.

3. Be careful: the temptation to write short stories two at a time is just as dangerous as attempting to write them one at a time, and, what’s more, it’s essentially like the interplay of lovers’ mirrors, creating a double image that produces melancholy.

4. One must read Horacio Quiroga, Felisberto Hernández, and Jorge Luis Borges. One must read Juan Rulfo and Augusto Monterroso. Any short-story writer who has some appreciation for these authors will never read Camilo José Cela or Francisco Umbral yet will, indeed, read Julio Cortázar and Adolfo Bioy Casares, but in no way Cela or Umbral.

6. A short-story writer should be brave. It’s a sad fact to acknowledge, but that’s the way it is.

7. Short-story writers customarily brag about having read Petrus Borel (Joseph-Pierre Borel). In fact, many short-story writers are notorious for trying to imitate Borel’s writing. What a huge mistake! Instead, they should imitate the way Borel dresses. But the truth is that they hardly know anything about him—or Théophile Gautier or Gérard de Nerval!

8. Let’s come to an agreement: read Petrus Borel, dress like Petrus Borel, but also read Jules Renard and Marcel Schwob. Above all, read Schwob, then move on to Alfonso Reyes and from there go to Borges.

9. The honest truth is that with Edgar Allan Poe, we would all have more than enough good material to read.

10. Give thought to point number 9. Think and reflect on it. You still have time. Think about number 9. To the extent possible, do so on bended knees.

11. One should also read a few other highly recommended books and authors—e.g., Peri hypsous (1st century a.d.; Eng. On the Sublime, 1554), by the notable Pseudo-Longinus; the sonnets of the unfortunate and brave Philip Sidney, whose biography Lord Brooke wrote; The Spoon River Anthology (1916), by Edgar Lee Masters; Suicidios ejemplares (1991; Exemplary suicides), by Enrique Vila-Matas; and Mientras ellas duermen (1990; While the women sleep), by Javier Marías.

12. Read these books and also read Anton Chekhov and Raymond Carver, for one of the two of them is the best writer of the twentieth century.

See the original layout at Biblioklept.