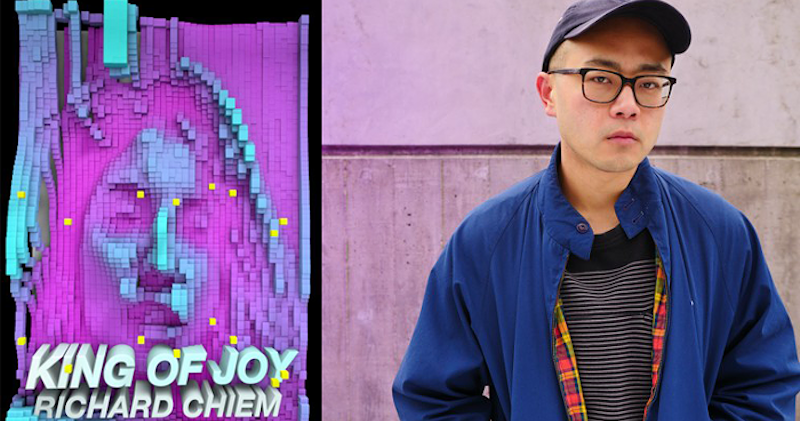 Richard Chiem is the guest on this week’s Otherppl. His new novel, King of Joy, is available from Soft Skull Press. This is Richard’s second time on the podcast. He first appeared in Episode 142 on January 23, 2013. Chiem is also the author of You Private Person (Sorry House Classics), named one of Publishers Weekly‘s 10 Essential Books of the American West. His work has appeared in City Arts Magazine, NY Tyrant, and Gramma Poetry, among other places. He lives in Seattle.

Richard Chiem: I first started writing the book actually—and I’m going to sound like a major stoner—but I got really high and watched Harmony Korine’s Spring Breakers. I was so stimulated by the film. I wrote the first scene, which is just the main character watching Corvus watching another character, Amber, burning down a tree. Once I had the character Corvus, I proceeded to the do a novel.

Brad Listi: What was it about the character Corvus that opened it up for you?

RC: I heavily related to her. She’s a very sad person. It’s actually homage to a book I really loved called The Quick and the Dead by Joy Williams. There’s a character in there also named Corvus. When I read it the first time I thought she was one of the saddest characters ever written, and I wanted my Corvus to homage that Corvus. That’s where the name comes from. I had a general idea of a woman going through a great loss and exactly how she gets through that is exactly what the novel is. It was fun to write. It took a while.

BL: Had you experienced some great loss that you were relating to?

RC: Not similar to what she went through, but I’m definitely a sad, depressed person so it’s easy for me to work through my own periods of grief through that novel.

BL: Have you been through a lot of loss?

RC: Here and there, yes.

BL: We all are. I say this sort of selfishly, but I think we’re going to have a lot to talk about because I’m writing a “griefy” book. The fact that you made it to the finish line and you found a way to do it that didn’t feel suffocating. Did you experience any of that? It’s such a tonal struggle. I’m trying to come up with a way to write it so that the reader doesn’t feel battered by the end of it.

RC: Totally. I think that’s a really good consideration. It goes back to an editor I really liked named Kristin Iversen at Nylon. She’s really wonderful. She articulated really well that she reads novels about grief not because she wants to feel more sadness but there’s something about witnessing a stranger’s narrative of surviving something incredibly weird and sad and just to know that someone can survive it. For me, it was providing another example into that weirdness in a way.

BL: Specifically, including weirdness or magic realism or elements of surrealism, that’s an important element. It’s like the spoonful of sugar that makes the medicine go down. Is that what helped you crack it?

BL: A hippopotamus attack. When did that occur to you? How much pot were you smoking?

RC: [laughs] Maybe a little too much. I actually read this Washington Post article years ago about a man surviving a hippo attack, and the article was so visceral that I couldn’t stop thinking about it. I also knew once I had those surreal elements in my head that I could make this novel work. You do need to have a balance. In my particular view, when I did this particular grief novel, I needed a balance of the surreal—and not a red herring to distract the reader—because when we are in moments of grief the details that are known to us in those moments are strangely vibrant and are kind of weird. It’s a kind of “truth is stranger than fiction” thing, which gave me more privilege to go a little more adventurous with where this novel went. I didn’t feel embarrassed to go there because there were sad elements too. I think you can ground those in strange, shiny objects.

RC: Unfortunately so, but heavily relatable. 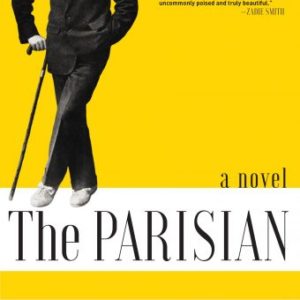 There was one other Arab onboard the ship to Marseille. His name was Faruq al-Azmeh, and the day after leaving port in Alexandria...
© LitHub
Back to top