"When I kiss him, history’s weapons fall from my pockets, shields cast beneath attalea trees."

I had never created man before so I invented my son first as a dream body. In order to create the dream body I must first believe in the force of opposites, a terrible tension of what has existed and the struggle yet to come. And it is true, that I had a notion of him for many years; for generations my imagination traveled in search of him.

It seems unlikely that a kiss would have roots in the Haitian Revolution, but it does. Over a century ago, an uprising of hundreds of thousands of slaves freed themselves from chain and rope, from whip and guillotine, from bondage through the struggle of blood. They fought for thirteen years in a revolution to stand on the shores of their own land, newly named Haiti, as free people and they kissed the ground however damp with the blood of their mothers, fathers, brothers, and sons. Slaves, newly liberated whispered my son’s name, his body envisioned there, beneath the rust of shackles, beside shards of slaveowners’ homes, rising with smoke from burned plantations. Past the pinnacle of scoured light, past the canopy of trees dripping with the uprising of future leaves, my son begins his journey to me.

Once there was a chain of kisses as my mother said goodbye to her brothers and sisters lined in a row, as she left Taiwan for America, a shock of leis around her neck as she waved to a country of ghosts. My mother’s history was equally complex. She left China in 1949, when communists led by Chairman Mao took over mainland China. My mother crowded into a boat that would take her to the coast of Taiwan known as the beautiful island, which she would one day yearn to leave.

By foot, by boat, by train, by bus, by plane. It seems impossible these two histories intertwine so that one day I may find a dream body housed inside mine. All along, I wring my hands and worry, will I know how to mother him? What language will I speak? What will my mother utter once she discovers the detour of my ancestry? Will she abandon me, turn the portraits of my ancestors toward the wall, backs directed away from my longing?

When I woke, the doctor’s voice was muffled and thick. My mind moved in syncopated pulses and I pushed until all energy drained and my body cracked open. Liquid gold rushed away. Finally and now. He arrived, a purpled creature, violet and squirming, face crushed into an emperor’s expression.

Born from the urgency of immigrants, how futile all of my years of worrying. I should have known my boy would row his small boat to me, regardless of the sky above that shook down its lightning, and even if the ground was bruised and famished of fruit and even freedom, he would continue on as if a force were lulling him to bedrock. Right here between his eyebrows, there is swell of light, a country where I belong, no longer a stranger to my own skin. My mouth to his temple, I hear a siren wail from afar. Tanks roll through the tale squeaking, turning their heavy wheels. When I kiss him, history’s weapons fall from my pockets, shields cast beneath attalea trees. I will now end my days of resistance, my lips searching the entirety of his dream face made mortal, my lost shadows now migrating in unison. 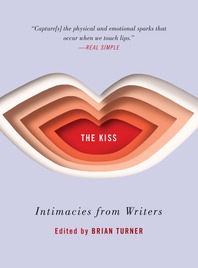 From The Kiss: Intimacies from Writers by Brian Turner. Excerpted with permission of the publisher, W. W. Norton & Company. Copyright 2019 by Tina Chang.

Tina Chang is the Poet Laureate of Brooklyn, New York, where she lives with her family. She is the author of two previous collections of poetry—including Half-Lit Houses, a finalist for the Asian American Literary Award—and coeditor of the seminal anthology Language for a New Century: Contemporary Poetry from the Middle East, Asia, and Beyond. The recipient of awards from the New York Foundation for the Arts, Academy of American Poets, and Poets & Writers, among other honors, Chang teaches poetry at Sarah Lawrence College.
Share:

Robert Macfarlane: "I Wanted the Reader to Undertake a Descent into the Darkness." 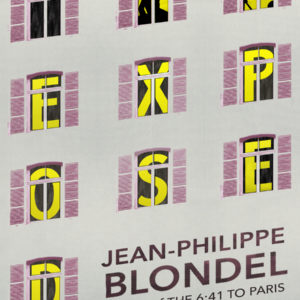 Exposed I didn’t belong there. I wandered through the succession of rooms, with a glass of overly acidic champagne in my hand....
© LitHub
Back to top
Loading Comments...