Emily Temple Gives in to the Pandemic-Induced Nostalgia

I started reading Speedboat again because I was missing New York City. I have been missing New York desperately these past few months, despite the fact that I am writing this from Brooklyn, where I live and have lived for most of the last decade. You understand, already; this is the era of the pandemic essay; there is no need for further preamble.

I was 26 the first time I read Renata Adler’s cult classic, and like its narrator, Jen Fain, I was an indifferent, mediocre journalist in New York. I had never read anything like it before. It was my first encounter with the fragmented style that everyone now says is a reflection of the internet, though it was first published in 1976. I wasn’t thinking of the internet when I read it that first time (nor any time thereafter); I was thinking a little of my beloved Donald Barthelme, his cool-toned formal pleasures, but I was also feeling something else entirely: thrill after thrill of minor recognition. Adler was writing, after all, about being a young woman in the city, complete with all the rats, the cabs, the accidental dinners with people you “somehow knew,” the airless apartments, the overthinking, the underthinking, the sense of living many lives at once, the “senseless ruined monster of all subways” also known as Broadway Junction. On page 53, I underlined two sentences: “It is all weird. I am not always well.”

Reading it again now, I see that I was misremembering the details, or at least their emphasis. It is set more in New York than elsewhere, but there are also plenty of sojourns—not just to Europe and Washington DC, but also to the narrator’s past. The book is less interested in describing the city itself—not withstanding an early anecdote in which our narrator is beset by either two rats, or by one rat who is a stalker—than evoking the texture of cultural consciousness of the moment, filtered through one skeptical, neurotic (and white, and educated, and artistic, and ambiguously liquid) mind. It is very much a 70s novel, perhaps even more than it is a New York novel. It’s set here, but also everywhere. You can ponder self-addressed envelopes wherever you are; that’s the point of them.

Even my little thrills of recognition had less to do with life in the city than I had remembered. The best (worst) one is the bearded young man, whom Jen observes “cleaning his fingernails on the corners of the pages of a book.” This, I am sorry to admit, is a disgusting habit that I have had since childhood but had never seen anyone else describe in print before or since. (He’s doing it with a library book; to be fair, I would never do that.)

But it doesn’t really matter how much of Speedboat actually takes place in New York. Speedboat is a quintessentially New York novel not because it describes one neighbor risking his own murder by stealing another’s Sunday Times, but because reading it feels like being in New York. At least that’s what it was like to read it this time, when I have been here-but-not-here for over a year. The novel replicates the texture of living in the city in the Before Times: a barrage of anecdotes and moments, connected in vague or profound or imaginary ways, one-liners and throwaways, aphorisms, jokes, observations minor and medium, one thing sparking another thing sparking another. Most of all, it is a novel of interactions.

There is every kind of interaction in Speedboat: with friends, with lovers, with politicians and police and gurus and cabdrivers and St. Bernards and therapists and prowlers and passersby. The novel skips along on a crest of constant movement, both actual and intellectual. It is filled with people who flit in and out of the narrator’s life. Dinner parties, jobs, interviews, bumping into people. The interactions accumulate, to varying degrees. In the beginning, the man she is seeing is Will; by the end, it’s Jim. There is no drama or explanation attached to that transition.

I don’t need to tell you that these casual interactions have been one of the casualties of the pandemic. That’s probably true no matter where you live. But this city is a city that thrives on the random encounter—“Only in New York!”—the kind of encounter to which you are routinely subjected when no one has a car, or a washing machine, or a basement, and when anyone might be around any corner. Anyone! Imagine.

This is a romantic vision of New York, obviously. And anyway, if all I was missing were the interactions, they were still available to me—at least slightly muffled, masked versions. Was I really missing New York City? I wondered as I read. Or was I, like so many essayists and filmmakers before me, merely missing the romantic ideal of New York City—an ideal that is based primarily on nostalgia for a New York I have never experienced, and maybe for a New York that never even existed, the New York of Speedboat and Rear Window and Just Kids and old photos of Basquiat? Was I missing, after a dozen actual years, eight more-or-less actual apartments, and countless interactions large and small, the idea of New York City?

Earlier this year, after Pretend It’s a City was released on Netflix, my oldest friend called me from Chicago. “Do you think that New York ever really existed,” she wanted to know. She was asking me, she said, because I was the only one of our friends who had actually done what we had all talked about, growing up in Central New York—I had moved to New York and—more or less—become a writer. “I don’t know,” I said. “Maybe Fran is the only one who ever actually lived it.”

In the documentary, if we can call it that, Fran Lebowitz (who, like Adler, is a literary legend whose mystique is only amplified by the fact that she hasn’t published anything new for decades) describes the young people, people in their twenties, who these days come up to her in the street, excited to meet her, to thank her, to ask her questions. She pretends to be bemused by their attention, but she knows exactly what it is all about: she has become an emblem of New York City in the 70s, which, despite the fact that it no longer exists, is still where young people are trying to move when they move to New York City. She is proof that the New York of our fantasies existed—and still exists, somewhere. Maybe. She is a walking embodiment of this untethered, imaginary nostalgia for the city. At least she can lay a claim to it; the rest of us are just peering at it through a greasy window.

In that sense, the pandemic has changed nothing. It has only made me see the truth: It will be all right to leave New York. If I can miss New York from here, I can miss New York from anywhere. Besides, I’m a grown-up now. That thing I have always wanted from it—that Speedboat thing, that Lebowitz thing—I’ll never quite get. That is, I’ll never get more of it than I already have, and I have quite a bit, in supremely portable and inexpensive form. No rats or rents required. In the meantime, though, I should really wash my windows.

Gabriela Garcia on the Interplay Between Literature and Class Consciousness

Melissa Febos on the Uses of the Word “Slut” 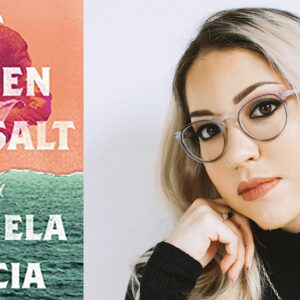 Gabriela Garcia on the Interplay Between Literature and Class Consciousness

Gabriela Garcia grew up in Miami, the daughter of a Cuban mother and a father from the small city of Irapuato in Mexico....
© LitHub
Back to top