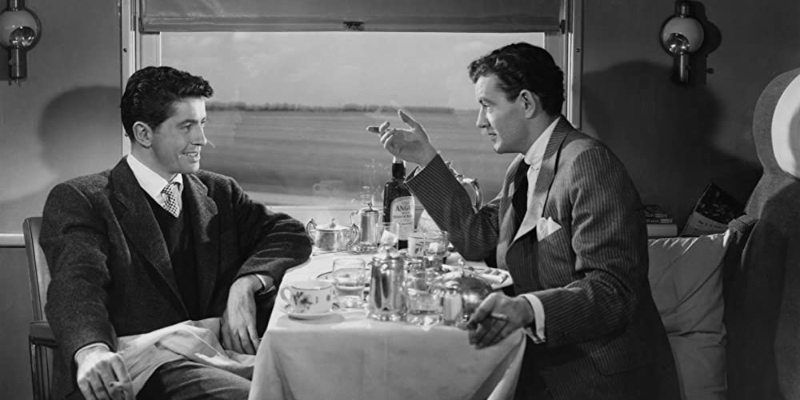 Lit Century on the 20th Century’s Interest in “Allowable” Murder

In this episode, writers Mike Meginnis and David Burr Gerrard join host Catherine Nichols to discuss Patricia Highsmith’s 1950 novel Strangers on a Train. In the novel, two characters, Guy and Bruno, meet on a train; each have someone they would like to see murdered. Bruno offers to kill Guy’s estranged wife, Miriam, in exchange for Guy killing Bruno’s father. Guy doesn’t agree, but Bruno kills Miriam anyway, and then expects to be paid back in murder. The conversation touches on the homoeroticism in the novel, how it deals with blurred identity, and how it expresses Highsmith’s identification with monsters.

David Burr Gerard: This is definitely an idea that’s already present in Hitchcock’s work. Just a couple years earlier, Hitchcock directed a film called Rope that starred Farley Granger, and Farley Granger in that movie is one of two young men who explicitly murder a friend of theirs specifically to prove their superiority. And the film is very explicit in in that discussion; it’s not subtext or anything like that. They’re talking about it, and they in fact have supposedly been influenced by their professor, who is played by Jimmy Stewart, who makes arguments about how superior people should be allowed to murder people and then is horrified when he discovers that his ideas have been carried out. That movie was first a play, but that was based on the Leopold and Loeb murders in the 20s, and that has been a big influence on popular culture ever since.

Catherine Nichols: I guess a lot of people think they should be allowed to murder someone because they’re so smart.

Mike Meginnis is the author of the forthcoming Drowning Practice (2022, Ecco) and Fat Man and Little Boy (2014, Black Balloon). His short fiction and essays have appeared in Hobart, PANK, The Lifted Brow, Recommended Reading, Booth, The Pinch, The Collagist, The Sycamore Review, Fanzine, American Book Review, and Writer’s Digest. His story “Navigators” appeared in Best American Short Stories 2012. He lives and works in Iowa City.

Teju Cole on the Wonder of Epiphanic Writing 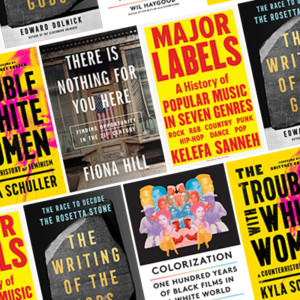 Kelefa Sanneh’s Major Labels, Fiona Hill’s There is Nothing Here for You, Edward Dolnick’s The Writing of the Gods,...
© LitHub
Back to top